Given India’s growing stakes in Afghanistan, New Delhi will take a strong interest in the ambitious new US framework and the multiple challenges that are likely to come up in its implementation. 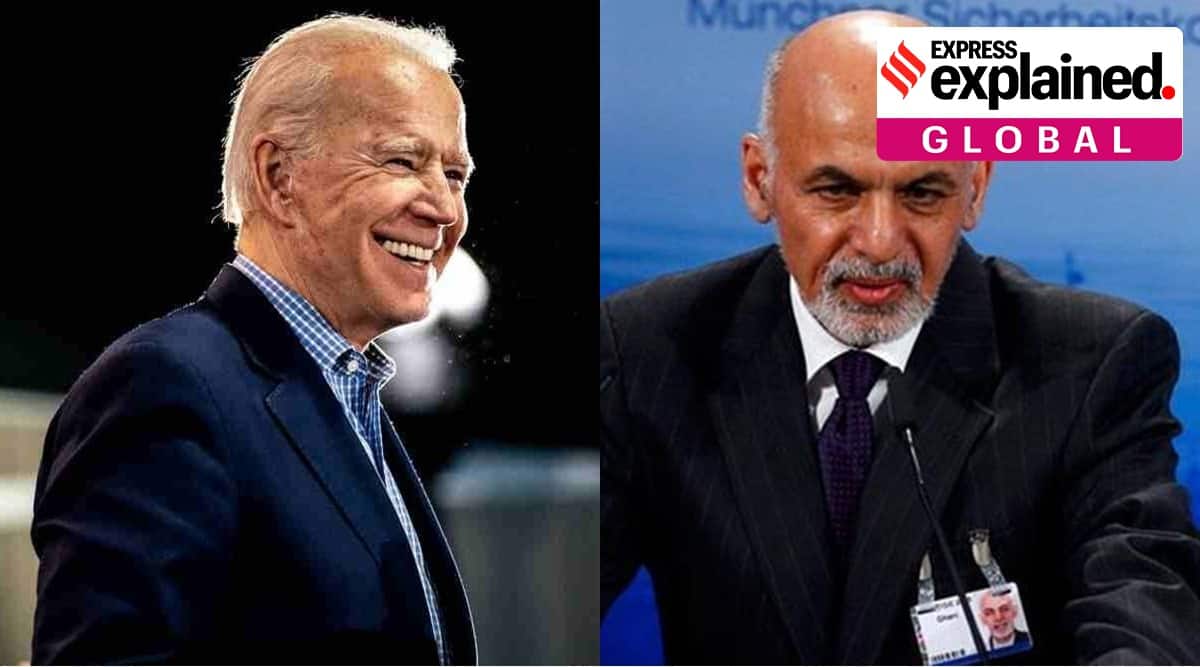 It may not end either the 42-year-old war or the two-decade-old US military intervention in Afghanistan. But the Biden Administration’s new peace initiative, unveiled over the last few days, could mark the beginning of a new chapter in Afghanistan’s violent contemporary history that has played a major role in South Asia’s regional and international relations.

Given India’s growing stakes in Afghanistan, New Delhi will take a strong interest in the ambitious new US framework and the multiple challenges that are likely to come up in its implementation.

External Affairs Minister S Jaishankar was informed of the latest initiative in a call from Ambassador Zalmay Khalilzad, the US special envoy for Afghanistan over the weekend. The issue is also likely to figure in the talks with visiting US Defence Secretary Gen Lloyd Austin later this month.

In confronting head-on the issues that have stalled the peace process in Afghanistan, initiated two years ago by the Trump Administration and the Taliban, Biden has underlined the American impatience with a war that has dragged on for far too long as well as his eagerness for an early settlement. Five important elements stand out.

First, Biden’s peace plan has kept open the possibility that the 2500-odd US troops, currently deployed in Afghanistan, might stay on for a while. Under the agreement with the Taliban, the US had promised to withdraw all troops by May 1 this year.

Many in Washington believe the Trump Administration ceded US leverage by proclaiming a definitive date for withdrawal. In generating ambiguity about its withdrawal, Biden hopes to generate some leverage with the Taliban that has refused to abide by its commitment to reduce the levels of violence. The US is also turning up the heat on Afghan President Ashraf Ghani, who is increasingly seen in Washington as part of the problem.

Second, Washington is pressing the Taliban to accept an immediate agreement to reduce violence for 90 days that will provide the space for the peace initiative. This would help prevent a decisive spring offensive by the Taliban with the support of Pakistan.

Third, Khalilzad has handed over a set of written peace proposals to both Kabul and the Taliban. In a letter to Ghani, US Secretary of State Antony Blinken said the US is not “dictating terms” to the Afghan parties, but facilitating the movement towards an inclusive interim government, an agreement on the “foundational principles” for a new political order, and a “permanent and comprehensive ceasefire”.

Fourth, the US is asking Turkey to convene a meeting of the government in Kabul and the Taliban to finalise a peace settlement. This new role for Turkey in the Afghan peace process comes as a surprise for many but Pakistan might welcome it, given the current close ties between Islamabad and Ankara.

And fifth, the Biden Administration is asking the United Nations to convene a meeting of the foreign ministers from China, Russia, Pakistan, Iran, India and the United States to develop a “unified approach” to peace in Afghanistan. The absence of NATO allies from this process is bound to raise European eyebrows.

There are elements in the Biden package unacceptable either to Kabul or the Taliban or both. Kabul, which spent so much time and energy persuading the Taliban to accept peace over the last few years, is now convinced that it is a waste of time engaging it. Ghani is not willing to accept power-sharing with the Taliban in an interim arrangement.

The Taliban is even less willing to share power, given its confidence in taking over Kabul the moment the US forces leave. It is certainly not willing to give up its sanctuaries in Pakistan. Nor will it accept any dilution of the strict Islamic system that it wants to enforce.

Ending prolonged civil wars is never easy and certainly not this one, which has seen massive intervention by outside powers. Given the scale of the current divergence between Kabul and the Taliban, the conflicting interests of the regional powers, the declining domestic support in the US for further military involvement in Afghanistan, the Biden Administration has a brief window to force the pace of the peace process.

This raises the stakes in the peace initiative and also makes it rather risky. But the Biden Administration has rolled the dice.

(The writer is Director, Institute of South Asian Studies, National University of Singapore and Contributing Editor on International affairs for The Indian Express)