A day after the by-election results in Bihar, though leaders of the Rahtriya Janata Dal and the Bharatiya Janata Party claimed victory after the RJD and BJP retained the Mokama and Gopalganj assembly seats respectively, the fact that both seats were won with a reduced margin indicates that there is nothing to celebrate for either party.

As it was the first by-election in Bihar after the BJP was dumped by its ally, the Janata Dal-United, in August to align with the RJD-led Mahagathbandhan, all eyes were on the electoral outcome.

The BJP contested the by-elections almost on its own — it was only supported by the two factions of the Lok Janshakti Party including the one headed by Chirag Paswan, the late party founder Ram Vilas Paswan’s son.

RJD candidate Neelam Devi won the Mokama seat by over 16,700 votes, which is nearly half the victory margin by which her husband Anant Singh won the 2020 assembly election.

Anant Singh was disqualified as an MLA after being sentenced to a 10-year prison term for possession of an AK-47 rifle.

Mokama in Patna district is considered a stronghold of Anant Singh, who belongs to the powerful Bhumihar landed caste, whose substantial numbers have decided the poll outcome in this seat for decades.

The BJP contested an election in Mokama after some years; its then ally, the JD-U, had contested the seat till the 2020 assembly election.

Though the BJP fielded Sonam Devi, whose husband Lalan Singh is a Bhumihar strongman, the party failed to gain Bhumihar support as it expected.

“This is a clear signal to the BJP that Mokama remains Anant Singh’s fiefdom despite being behind bars,” a political observer in Patna points out. 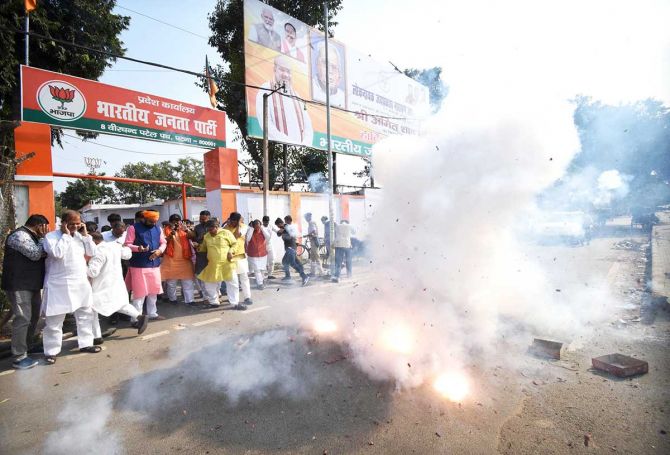 BJP candidate Kusum Devi won the Gopalganj by-election by nearly 1,800 votes; her late husband Subhash Singh had won the seat by over 36,500 votes in 2020.

The Gopalganj result highlighted the BJP’s declining social support base despite the fact that Kusum Devi had the sympathy factor behind her.

Subhash Singh had won the Gopalganj seat in every assembly election since 2005.

“The BJP is lucky to retain the seat. The RJD got more votes as compared to the Mahagathbandhan candidate last time,” says political commentator Arun Kumar Srivastav. The RJD fielded Mohan Prasad Gupta, a candidate belonging to the Vaishya trading caste to dent the BJP’s traditional support base in the community, a strategy that worked to some extent because the by-poll result reduced the BJP’s victory margin.

For the RJD there is good and bad news from Gopalganj.

In the 2020 election, Indira Yadav — who is married to Sadhu Yadav, Rabri Devi’s brother and Lalu’s estranged brother-in-law — won 40,000 votes.

She won over 8,000 votes in the 2022 by-election as a Bahujan Samaj Party candidate, which meant that Sadhu Yadav’s support among the Yadav caste, which is a lifeline for the RJD, had shrunk with Yadav voters preferring the RJD. 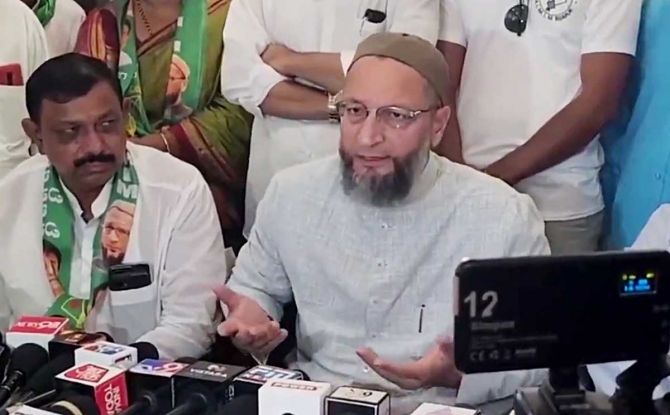 But the All India Majlis-E-Ittehadul Muslimeen candidate damaged the RJD’s hope for victory by winning over 12,000 votes.

It is widely accepted that the AIMIM secured the votes of Muslims who are considered loyal RJD voters.

It was the first time that the AIMIM had contested an election in Gopalganj and by gaining a large number of votes it posed a challenge to the RJD outside the Seemanchal region of the state.

“The AIMIM’s entry and its vote share worked against the RJD,” says political observer Naiyer Fatmi, “and that helped the BJP to win Gopalganj by a slender margin.”