The bill, which was introduced last week, seeks to rename the Bihar Military Police, give it more teeth and allegedly empowers the force to arrest people without a warrant. 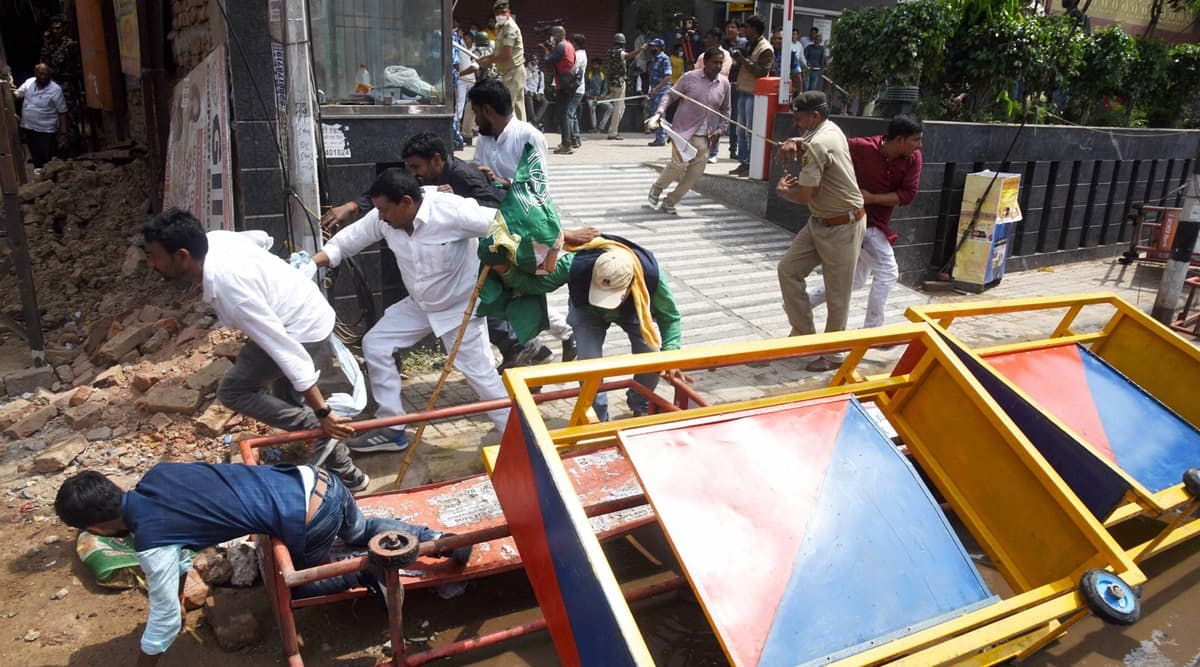 Virulent opposition to a bill introduced in the Bihar assembly by the Nitish Kumar government, with a view to giving more teeth to the police force, on Tuesday led to unprecedented turmoil in the House where police were called in to physically evict legislators who had laid siege to the Speakers chamber.

Members of the opposition Grand Alliance, comprising RJD, Congress and the Left, were agitated over the Bihar Special Armed Police Bill, 2021, and the ruckus created by them caused proceedings of the assembly to be adjourned as many as five times during the day.

Leader of the opposition Tejashwi Yadav, who courted arrest while participating in a procession taken out against the “black law”, in addition to other issues, gave an inkling of what was in store at an early morning press conference. 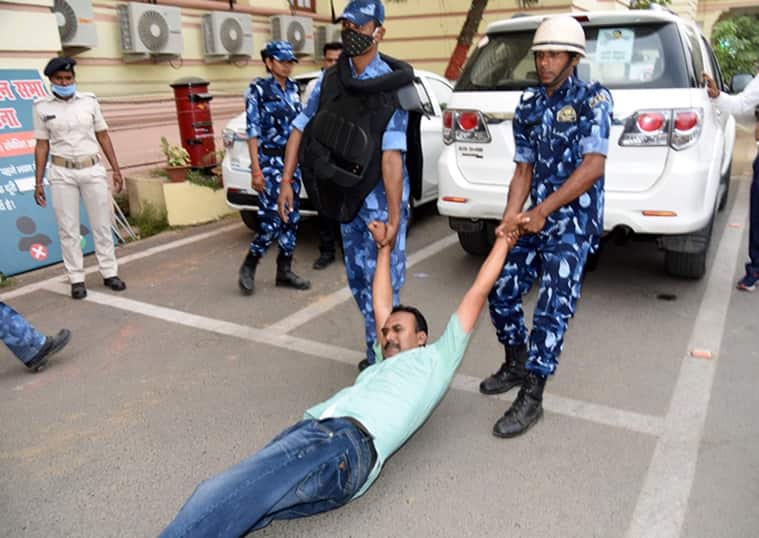 “Today is the birth anniversary of Ram Manohar Lohia who famously said that if the streets go empty, the legislature goes rogue”, said Yadav who also tweeted an Urdu couplet in the memory of revolutionaries Bhagat Singh, Sukhdev and Rajguru who were executed on this date in the year 1931.

After being let off by the police, which had taken Yadav and other RJD leaders to the Kotwali police station for taking out the unauthorised procession and indulging in stone-pelting which led to use of force and water cannons, Yadav was back in the assembly when it reassembled at 3 pm, after having been adjourned thrice since morning.

No sooner than minister Bijendra Yadav presented the bill for debate, opposition members trooped into the well where marshals rushed to prevent the agitated legislators from getting physical with those in the treasury benches.

Speaker Vijay Kumar Sinha adjourned the House till 1630 hours but ended up being held hostage inside his chamber as Grand Alliance members surrounded it from all sides and squatted shouting slogans.

Chandrashekhar Singh and Upendra Sharma, District Magistrate and Senior Superintendent of Police respectively, rushed to the Vidhan Sabha premises upon learning that the situation had become too problematic for the marshals to handle. A heavy contingent of police personnel wearing riot gear also reached the premises and they got down to work, physically evicting many an MLA stubbornly refusing to let the Speaker come out.

In the meantime, proceedings resumed with senior BJP MLA Prem Kumar in the Chair but the agitation seemed to have rubbed on all members of the legislature.

Ashok Choudhary, an affable MLC who was present in the assembly in his capacity as a minister, was seen uncharacteristically agitated when he rushed into the well, egging on fellow JD(U) legislators to follow suit, when some opposition legislators tried to snatch away the papers from Prem Kumar.

An RJD MLA fell on the ground after being shoved by Choudhary which enraged the opposition legislators who vandalized the table by banging chairs on it, forcing the jittery chair to adjourn the House again, till 1730 hours.

The bill, which was introduced last week, seeks to rename the Bihar Military Police, give it more teeth and allegedly empowers the force to arrest people without a warrant.