Party chief J P Nadda and Home Minister Amit Shah met MPs, MLAs and district leaders against the backdrop of a string of mahapanchayats by protesting farm leaders in the sugar belt. 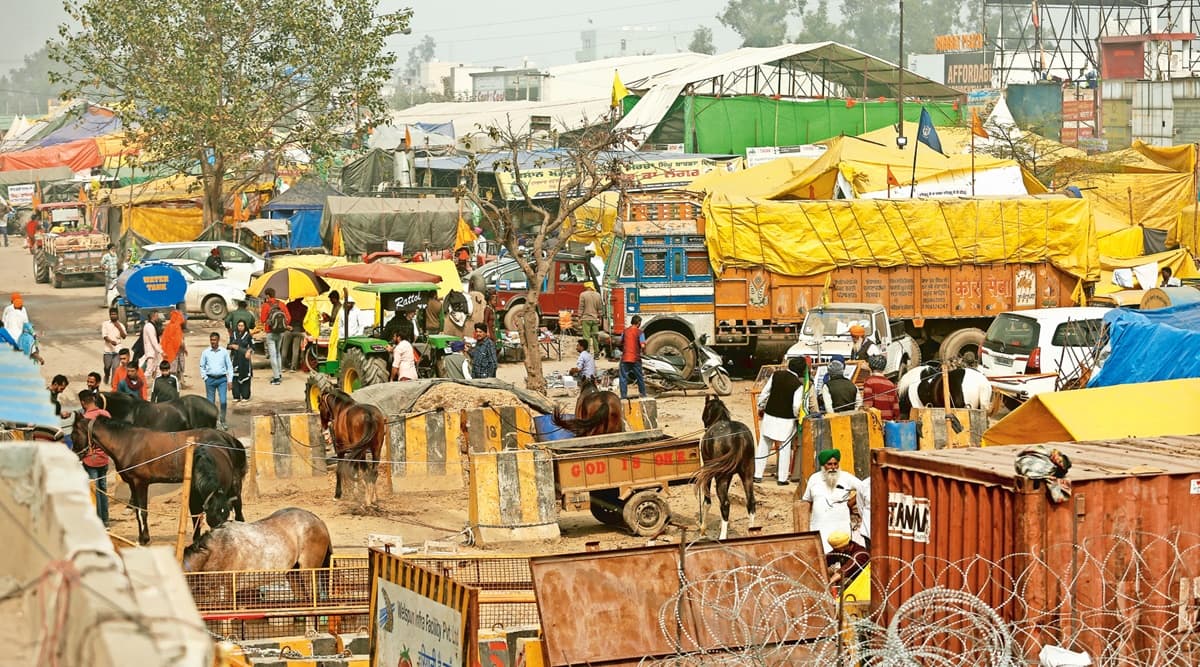 WARY over the farmer agitation spreading across the Jat belt, the BJP top brass Tuesday held talks with party leaders from Haryana, Rajasthan and Western Uttar Pradesh, resuming their attempts to find ways to end the stalemate.

Party chief J P Nadda and Home Minister Amit Shah met MPs, MLAs and district leaders against the backdrop of a string of mahapanchayats by protesting farm leaders in the sugar belt. Also present were Union Agriculture Minister Narendra Singh Tomar and Minister of State for Agriculture Sanjeev Balyan, who belongs to the Jat community. Sources said Shah asked party leaders to intensify their campaign to explain the benefits of the three laws and ensure those who are “misleading” farmers get a “fitting reply from people.”

Sources said party leaders conveyed to the BJP leadership their assessment of the ground situation. And their concerns if the agitation continues and there are no visible attempts by the government towards a resolution.

Sources said senior leaders underlined that disaffection among Jats could affect at least 40 Lok Sabha seats in these regions and so the party has to ensure the protests do not spread. The leaders reportedly said that “professional agitators of the Left,” are orchestrating the protests and they need to be strongly countered.

The almost three-month-long agitation has spread to western UP’s sugar belt after BKU leader Rakesh Tikait’s emotional appeal to farmers on January 27 in the wake of the attempt by the Uttar Pradesh government to get the protest site at Ghazipur vacated.

In recent years, the BJP has made significant inroads among the Jat community, mainly due to the waning popularity of the Ajit Singh-led RLD and the hardening divide between Jats and Muslims. RLD leader and Ajit Singh’s son Jayant Choudhary has been very active in holding protest rallies.

Meanwhile, a senior Union minister said that the government has told farmers it’s ready for talks and the “other side should come up with their concerns.”

Asked if the government would bring a Bill incorporating the amendments it has offered so far, the minister said: “The government honestly wants to talk, talk in detail. If the farmers can highlight issues on which they have doubts or suspicion, we are willing to discuss. They should tell us where does it hurt the farmers.”

Active cases fall by 15% in one week: CM