The ambitious Purvanchal Expressway connects the capital Lucknow to Ghazipur on the Ganga at the eastern end of the state. 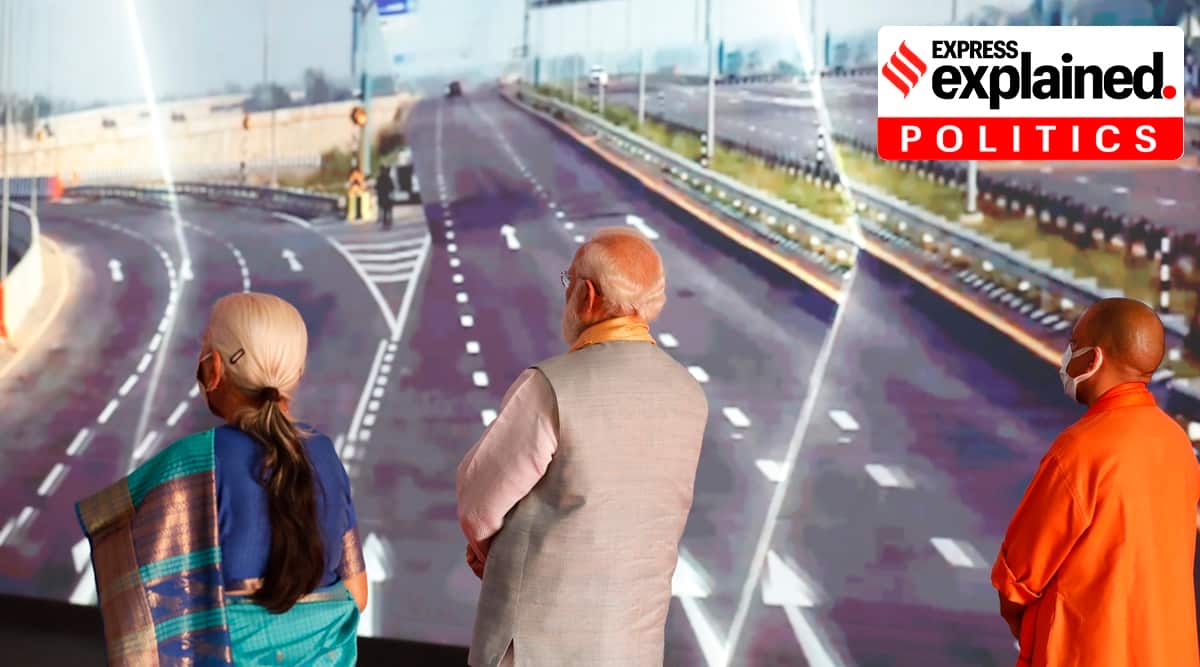 As Prime Minister Narendra Modi inaugurated the 341-km Purvanchal Expressway in Uttar Pradesh on Tuesday, former state chief minister Akhilesh Yadav mocked the BJP for claiming the “achievements of his government” (2012-17) as their own.

“The ribbon came from Lucknow and the scissors came from Delhi; there is a tussle to take credit for work that was done by the SP,” he posted on Twitter.

On Monday, Akhilesh had tweeted a picture of himself at a ceremony to lay the foundation stone of the expressway in 2016. “A picture from the pages of history: When socialists laid the foundation of a modern future for Purvanchal,” he said.

The ambitious Purvanchal Expressway connects the capital Lucknow to Ghazipur on the Ganga at the eastern end of the state. Along with the Greater Noida-Agra and Agra-Lucknow expressways, UP now boasts 800 km of world-class highway across its length from west to east.

Foundation stone laid by AkhileshYadav, then UP chief minister, in Lucknow on Dec 22, 2016.

The Akhilesh government, which built the 302-km Agra-Lucknow expressway, conceptualised another expressway in Eastern UP, connecting Lucknow to Ballia on the border with Bihar, the home district and Lok Sabha constituency of former Prime Minister Chandra Shekhar, an area with a strong Samajwadi Party base.

Akhilesh, accompanied by his ministers, laid the foundation stone of the “Samajwadi Purvanchal Expressway” less than three months before his government lost power. The opposition reacted strongly to the use of ‘Samajwadi’ in the name of the project so close to elections.

The proposed 353-km expressway was to be built in six stretches, and tenders were floated. However, less than half the land required for the main carriageway had been acquired by then, and with elections being notified soon afterwards, the Akhilesh government was not able to begin work on the project.

Foundation stone laid by Prime Minister Narendra Modi in July 2018 in Azamgarh, then represented in Lok Sabha by Mulayam Singh Yadav and now by Akhilesh himself.

About a year after coming to power, the Yogi Adityanath government cancelled the previous tenders and issued fresh ones with changes in the alignment of the proposed expressway — taking it to Ghazipur instead of Ballia from Lucknow, and connecting to Ayodhya as well. 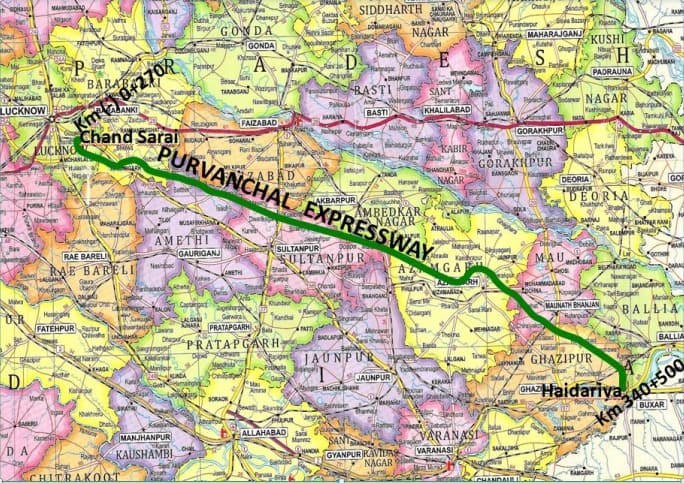 The BJP has argued that since more than 50 per cent of the land for the project was acquired under the Adityanath government, the 2016 foundation-laying ceremony was “fraudulent” — as the project could not have started without at least half the land in hand. Also, according to the UP government, the Purvanchal Expressway has a different alignment, and is therefore, a new project that was taken up from scratch, including land acquisition and the floating of tenders.

Led by MSMEs, credit growth to industry picks up 4.1% in October