Amid all this, state Congress chief Sunil Jakhar said that he would be happy to step aside if doing that would strengthen the party. Jakhar was responding to speculation that he might be replaced as PPCC chief. 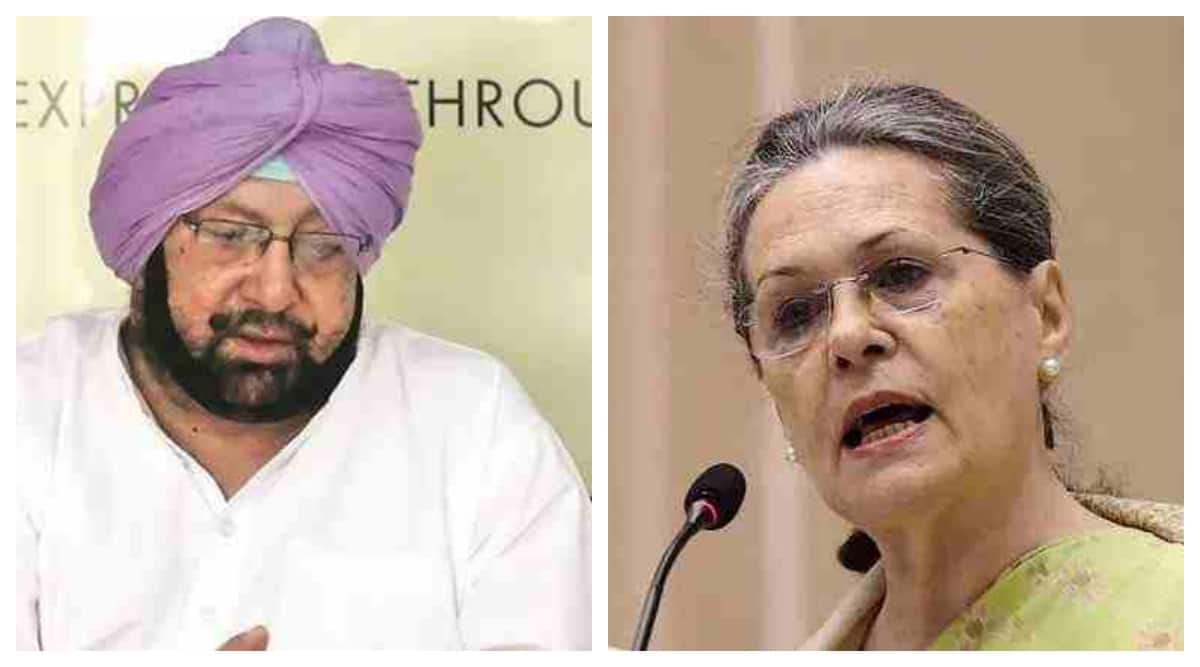 A day after the three-member panel submitted its report to Congress chief Sonia Gandhi, Punjab CM spent his day meeting MLAs at his official residence, while the dissenters decided to wait for a word from the party high command. Amid all this, state Congress chief Sunil Jakhar said that he would be happy to step aside if doing that would strengthen the party. Jakhar was responding to speculation that he might be replaced as PPCC chief.

On Friday, Amarinder spend the day working out of his official residence. According to sources, a few MLAs had complained to the three-member panel that Amarinder was not available for meetings as he mostly stayed at his personal farm house – Mohinder Bagh — in Parol village near Chandigarh.

Amarinder had shifted to his farm house about two years ago before the Covid pandemic. Ever since, he was seen at his official residence rarely. Amid Covid, he has been attending most of the meetings, including the Cabinet and other official meetings, virtually.

Speaking about the meeting with MLAs on Friday, sources said that amid dissenting voices against Amarinder, Vaid was instrumental in getting these MLAs together and meet the CM. A few days ago, five party MPs had also met the CM at his private residence.

One of the MLAs said that they had just gone to get their pending works done. Another MLA Fateh Jung Singh Bajwa was also among those who met the CM, but separately, at his official residence.

Bajwa is the younger brother Partap Singh Bajwa, who has been opposed to the CM. Fateh Bajwa was also among the dissenting voices earlier siding with the group of Cabinet ministers Sukhjinder Randhawa and Charanjeet Channi.

Congress leaders, who had raised a banner of revolt against Amarinder, meanwhile, have adopted a watch and watch policy after the committee submitted its report and reportedly said that Amarinder was firmly in saddle.

A member of the dissenters group said that they would wait for AICC chief Sonia Gandhi to act.

“We will see what she does. After that we will react,” the Congress leader said.

‘Panel wrong in making it Capt vs Sidhu’

However, Cabinet Minister Sukhjinder Singh Randhawa said that the committee had unfairly made it a fight between CM and Navjot Sidhu.

“For us it is not a fight between Navjot and CM. For us, it is a fight for the survival of the Congress. We never went there to say that Navjot Sidhu should be made the CM. We told them that we came to power by swearing by Gutka Sahib that we will eliminate the menace of drugs. We promised justice in Bargari and Behbal Kalan. We also promised cancellation of PPAs and elimination of mafia rule. Where do we stand today? If the committee had to make it a fight between him and Sidhu, why were we called there? They should have heard them both and accommodated Sidhu wherever they wanted,” said Randhawa.

He added: “The committee has made it a fight between Captain and Sidhu. What had happened to our issues? If the committee wanted then they should have called both of them. Why were we called? Why was out time wasted?”

PPCC chief Sunil Jakhar Friday said he was ready to resign if his resignation would help the Congress become stronger.

Talking to the media on Friday, Jakhar said, “If the Congress becomes strong by removing Sunil Jakhar, then that must be done today…If party is strengthened with my resignation, I am ready to resign. I can make any sacrifice for the party. Sunil Jakhar will never be an impediment in the way of Congress’ unity and strength. If Congress is strengthened, I am ready to resign,” he said.

His reaction came after the committee reportedly indicated that there may be changes in the party organisation in Punjab.

Jakhar had handed his resignation to Chief Minister Amarinder Singh during a stormy Cabinet meeting earlier. The CM had, however, torn his resignation.

When asked that the panel has said that Amritsar MLA Navjot Singh Sidhu should be “suitably accommodated” in the revamped unit, Jakhar agreed that he should get a “respectable position”. However, he told reporters that they should not speculate over the panel report.

“Let the committee’s report come, you should not do guess work on that. I have not read the report,” he said.

Joginder Singh Mann, former minister and Congress leader in a letter to Sonia Gandhi has demanded that the Congress should name an SC leader as Punjab CM.

He said that the “current impasse between Chief Minister Amarinder Singh and stalwart Congress leader Navjot Singh Sidhu has lowered the morale of Congress workers and has given energy to the opposition parties to raise finger on the current government. Ending the standoff between both the big guns of the party is the need of hour to bring the Congress party back into power and save the state”.

He said he was associated with the Congress party since 1972 and had been a former minister, and an MLA three times.

“I had sought time from Congress panel. However, I was not able to get time to flag my concern about prevailing crisis in party,” he said.

“In wake of the entire prevailing situation, I will like to request you to appoint a leader from the SC community as Chief Minister of the state for remaining period of six months. Punjab is to go for polls early next year and the infighting is not a good sign. Appointment of an SC leader as Chief Minister will not only steal the thunder from the opposition but will also give new vigour to party to contest ensuing polls. This move will also help in satisfying the grudges of both Captain Amarinder Singh and Sidhu against each other and both will jointly work for ensuring win of the party,” he said.