P Wilson writes: The Census should democratically measure the citizens of India and not just use one particular community as a toolkit for politics. 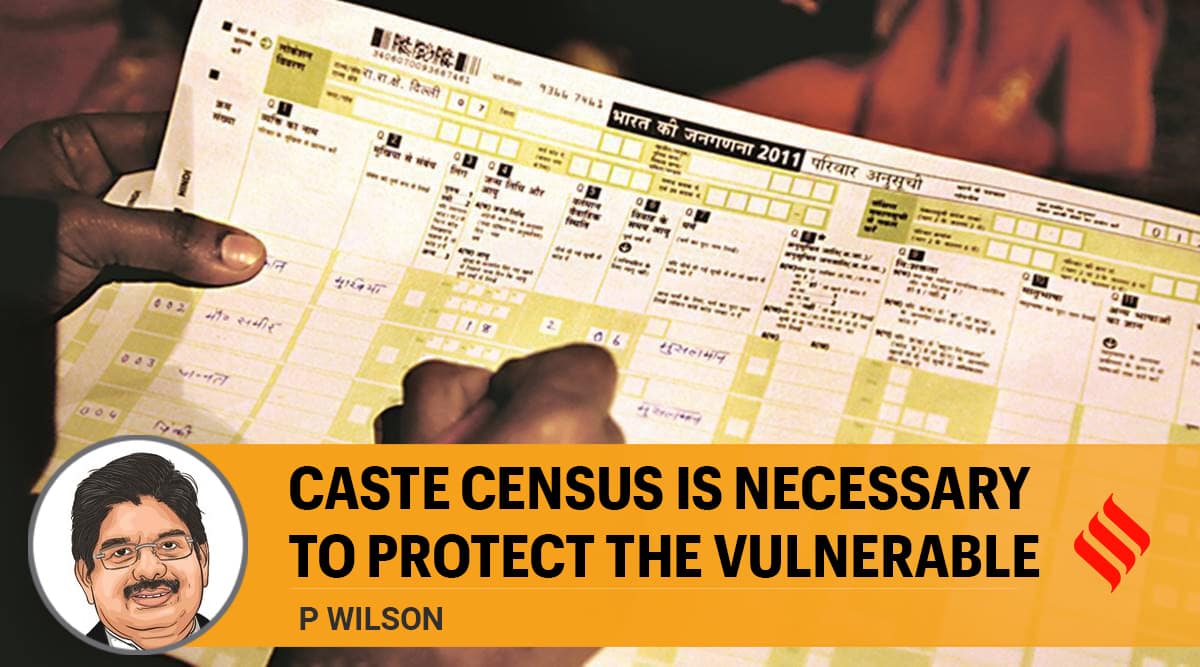 The preamble of our Constitution assures justice and political opportunity to everyone. This key objective can be achieved only by determining a rightful share in education, positions of power and State employment. And to achieve this objective, caste census data is vital.

The decision not to enumerate Other Backward Classes (OBCs) in the 2021 Census is a tragic old tale known by many. Union Minister of State for Home Affairs Nityanand Rai stated that the government will only include SCs and STs in the upcoming Census. Until 1931, during the British era, the Census had data on caste, including of OBCs, unlike the Census from 1951 to 2011, which have data only on SCs and STs.

The 1980 Mandal Commission report which relied on the 1931 Census to suggest 27% reservation to OBCs estimates that OBCs constitute around 52% of the population, making them an undeniable part of the country’s social fabric, with lack of access to employment opportunities, social welfare and educational institutions. With reference to this, the then V P Singh government — of the which the DMK was a part — had created 27% reservation for OBCs in 1990. Finally, 27% reservation for OBCs in educational institutions was permitted after the enactment of Central Education Institutions (Reservation in Admission) Act in 2006. It’s sad to note that the 1931 Census is used for granting 27% reservation to OBCs till today.

To set things right, the Union government conducted a caste enumeration, and concerned states were thereafter asked to cross-check the data. But this cross-checked data on OBCs was never released.

In 2018, then home minister Mr Rajnath Singh announced that the caste numbers of all states will be released in 2021. However, shockingly, the Census 2021 has decided not to include data pertaining to the OBC population.

With no official data on OBCs, the government is handicapped in providing incentives such as welfare schemes to disadvantaged communities. There can be no accurate intervention by the government in the absence of credible data for states regarding OBCs. So the Census is divorced of its primal objective of protecting the vulnerable sections of society.

Tamil Nadu Chief Minister M K Stalin is one of those who is at the forefront of the fight for OBCs. His call for release of the OBC numbers has been echoed by leaders of several parties.

It is irrefutable that for OBCs to benefit from specific affirmative action policies, reliable data of their population must exist. Without it, the policy of reservation is not founded on empirical data. It is interesting to note that due to the shunning of this empirical approach by the Centre, the Supreme Court often strikes down reservation policies of states on the ground that it is not based on data. An example of this is the recent judgment on Maratha reservations. The Centre’s action of withholding empirical data relating to OBCs amounts to breach of Constitutional trust, besides perpetuating illegality and being highly arbitrary.

The politics of identity and representation are corner stones of not just the legal realm but our wonderful democracy. In order to ensure that our reservation policies reach the intended targets, it is imperative that rightful share of the OBCs is not just whispered as empty promises, but that there is an actual compendium and data in the form of a caste census that can be relied upon by states and courts.

The National Family Health Survey-2016 data reveals that the caste-based gap in educational spheres is wider than ever. Thus, a Census involving data on the OBC community is absolutely necessary to take the reservation policy forward. It is important to include data related to OBCs in the Census to realise the vision of an India that provides complete social justice, welfare schemes and other social incentives to the ones that need it the most.

The Census should democratically measure the citizens of India and not just use one particular community as a toolkit for politics.