Speaking on the occasion, Justice N V Ramana, underlined the need for modernisation of judicial infrastructure and called for setting up a National Judicial Infrastructure Corporation for this. 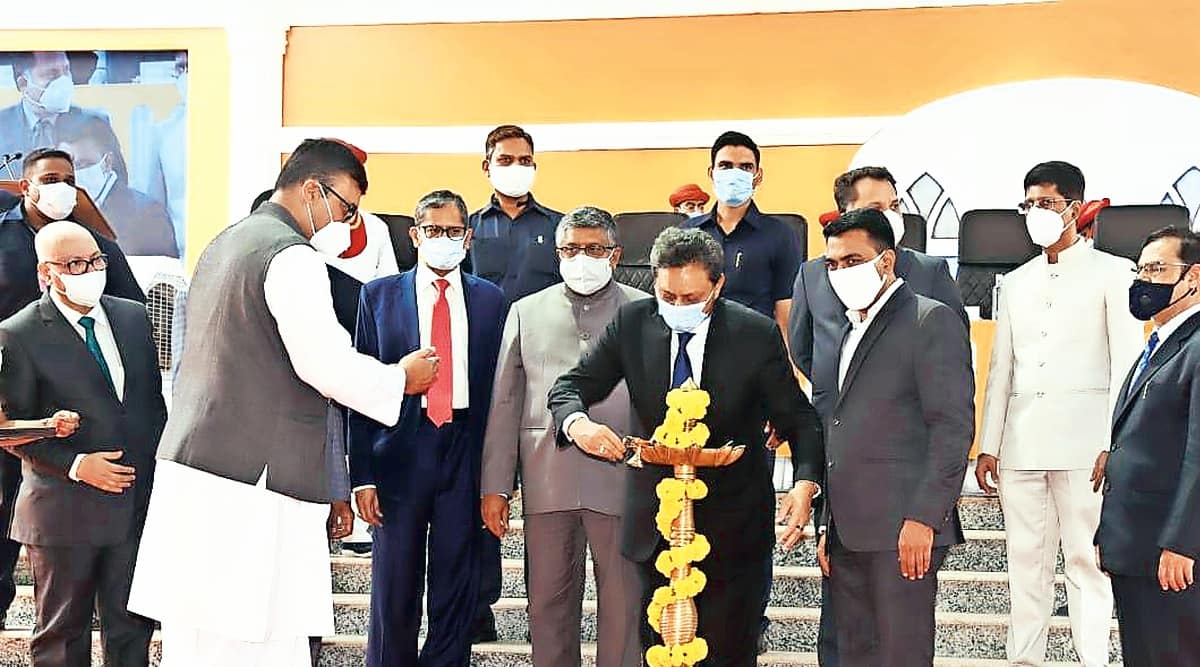 Amid an ongoing debate on the Uniform Civil Code (UCC), Chief Justice of India S A Bobde on Saturday lauded Goa’s UCC and urged intellectuals debating it academically to visit the state and “learn the administration of justice” there “to know what it turns out to be”.

“Goa has what Constitutional framers envisaged for India – a Uniform Civil Code. And I have had the great privilege of administering justice under that Code. It applies in marriage and succession, governing all Goans irrespective of religious affiliation. I have heard a lot of academic talk about the Uniform Civil Code. I would request all those intellectuals to simply come here and learn the administration of justice to know what it turns out to be,” the CJI said while inaugurating the new building of the Bombay High Court at Goa.

Justice Ramana pointed out that the ideals of “access to justice” and “speedy justice” form the bedrock of rule of law and that “for access to justice, there needs to be sufficient infrastructure to cater to the ever-rising number of disputes”.

“Strengthening judicial infrastructure is the most important tool to reduce pendency of cases and clear the backlog,” he said and added that “the understanding of judicial infrastructure has to transcend beyond the issues of pendency, vacancy or the number of courtrooms. It should involve modernisation, upgradation and creating a barrier-free citizen-friendly environment”. “We can assert true accessibility when the person with the maximum disadvantage can still knock on the doors of the court of justice.”


Justice Ramana rued the pitiable condition of many courts and said “although, every district has courts, however, I must state that they need to be updated to enable them” to meet the challenge of access to justice and speedy justice. “We have all witnessed courts operating from dilapidated old structures and rented premises… Situations like this have an adverse impact on the qualitative dispensation of justice.”