China came to a standstill on Saturday as Chinese President Xi Jinping led the nation in observing a three-minute silence to mourn the martyrs, including the ‘whistleblower’ Dr Li Wenliang, who sacrificed their lives in the fight against the coronavirus outbreak and over the 3,300 people who died of the infection in the country.

With flowers pinned to their chests, Xi and other Chinese leaders paid a silent tribute in front of the national flag to the victims of the COVID-19, which is regarded as the worst public health disaster in China’s history.

People paused and cars and air raid sirens wailed in mourning as the country observed a three minutes’ silence. 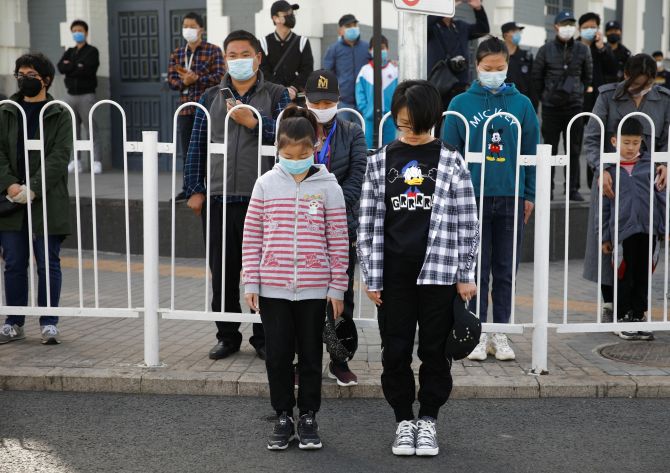 In Beijing, people were seen breaking down on the streets as they stood to pay homage to the victims and martyrs who lost their lives to fight the virus, especially in Hubei province and its capital Wuhan, where the disease emerged in December last year. 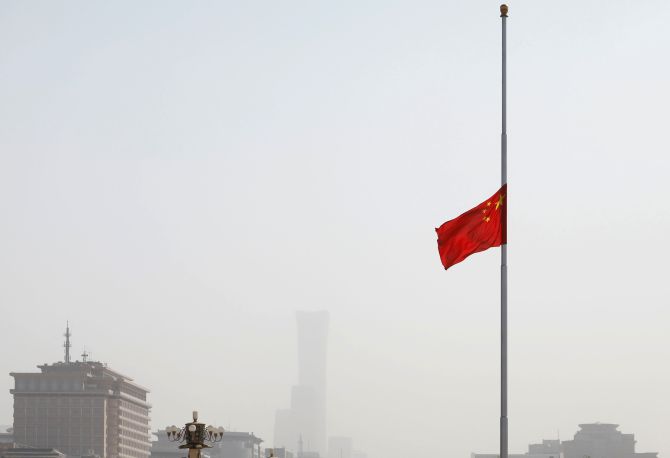 The province confirmed 38 asymptomatic COVID-19 patients, bringing the total to 729 indicating that the battle against the virus is not over yet even though normalcy gradually returned with apprehensions of a rebound. 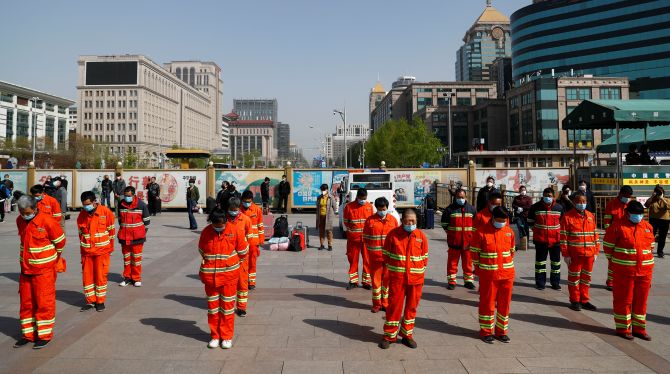 A total of 81,620 confirmed cases of COVID-19 have been so far reported on the Chinese mainland, and 3,322 people have died of the disease.

Fourteen frontline workers in Central China’s Hubei Province, including ‘whistleblower’ Dr Li, were identified as martyrs on Thursday for sacrificing their lives in combating the coronavirus outbreak.

The first group of martyrs includes 12 medics, one police officer and one community worker who fought on the frontlines. 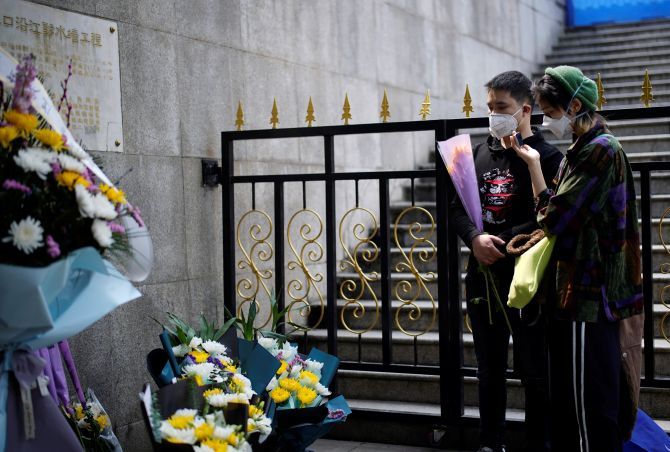 According to the list, eight martyrs were members of the Communist Party of China. The oldest one was a 73-year-old, while the youngest was 30 years old.

Li, 34, an ophthalmologist was one of the eight ‘whistleblowers’ who tried to warn other medical workers of the novel coronavirus outbreak but was reprimanded by the local police. He died on February 7 after contracting the disease. 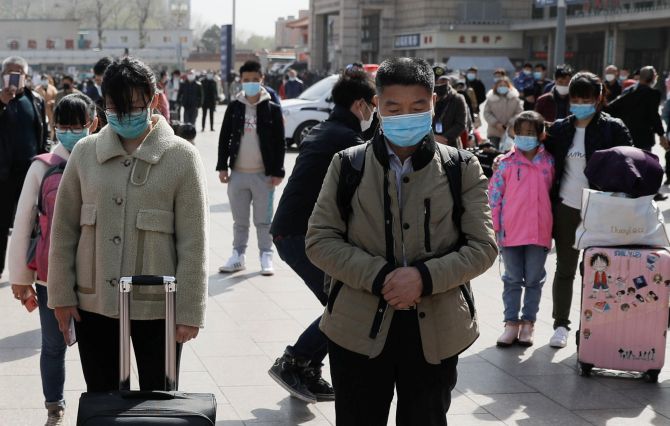 Saturday is also a solemn occasion in China as it marked Qingming Festival, also known as Tomb-Sweeping Day.

It is a tradition for the Chinese people to pay respect to their ancestors, deceased family members and national heroes and martyrs on the day of the festival.

China held its last national day of mourning in May 2008 for the victims of the Wenchuan earthquake in Southwest China’s Sichuan Province, which killed more than 69,000 people.