‘You have to be a total anti-national bozo to shut down the Nokia plant in Sriperumbudur, which was the first large manufacturing plant for mobile phones in India.’
‘Why was the unit shut down? Because of somebody’s ego.’

Though China’s exports slowed down due to the lockdowns, it still contributes 20% of global trade. On the other hand, India’s export contribution to global trade is only 1.6%.

Though Prime Minister Narendra Modi wanted it to be the ‘Made for the World’ factory, 97% of the phones manufactured in India is consumed by the domestic market itself.

But India has not been able to replicate this success in any other components.

The PLI (Production Lined Incentive) scheme started by the government is said to be mainly an assembled story.

According to Minister of State for Skill Development and Entrepreneurship and Electronics and Information Technology Rajeev Chandrasekhar, if India is far behind China, the world’s manufacturing factory, it is because manufacturing was not in the scheme of things then, and it was not the priority for the earlier governments. 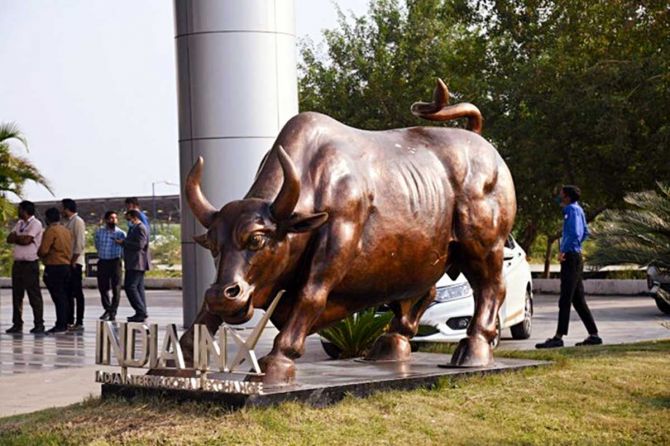 An impending global recession, the rupee falling against the dollar.. Not only as a central minister, but as a former businessperson, how worried are you about the future?

After two-and-a-half years of Covid which had caused a lot of stress and uncertainty at an unprecedented level, when a country like India started navigating out of the storm and with a lot of hand work put in by our PM, our economy became the fastest growing in the world.

We received the maximum FDI compared to any country in the world. Our start-ups were also the fastest growing in the world.

Then came the Russia-Ukraine war.

So, post-Covid we have moved into an era of mess caused by the advanced economies.

Pre-war itself, the US was at an all-time high on inflation. The UK had the highest inflation at 20%. All these economies were in a crisis when the war in Europe started.

Today, the US and the European economies that lead the global economy are in a state of transition from low inflation-low rates to high inflation and high rates.

The second phenomenon that was happening was, China, the so-called economic power house has been repeatedly locking down for the last three quarters therefore impacting their economy.

Also disrupting the supply chain of the entire world….

Yes. But while this kind of chaos was happening all over the world, ours has been the oasis of calm.

Our currency has depreciated the least among other currencies in the world. 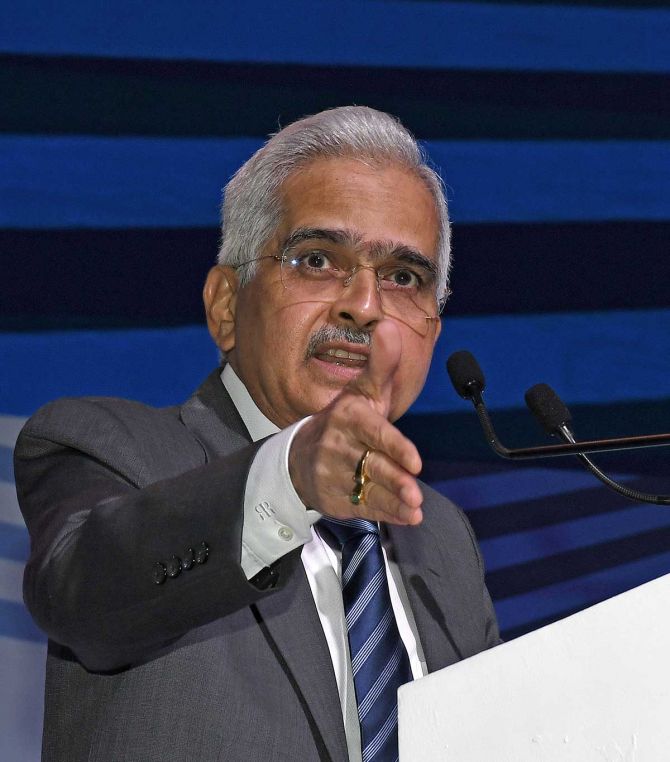 Still, the rupee has come down to almost 82 against the dollar!

After the RBI’s decision to hike repo rates, the rupee has now stabilised.

The currency movement in the last few weeks was mainly because of the knowledge that the US was going to hike rates to bring the dollars back to the US.

High inflation, high rates, economic uncertainties in Europe and the US, and a big question mark on the China recovery are short-term challenges for any economy.

So, it is these external factors that are going to impact our economy a lot more than anything that happens internally.

If you ask me what the prognosis for the future is, I will say, we are entering a period of very challenging set of moving parts in the global economy. 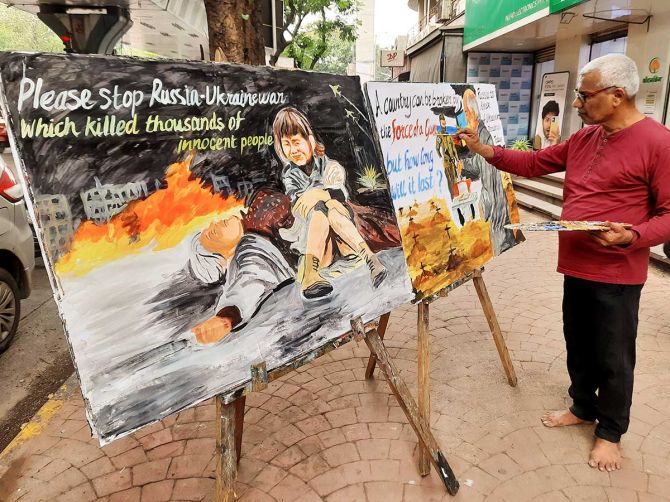 Anybody would be worried. Of course, nobody can sit back and say, you should not worry about all these things.

It is the uncertainties that are worrying. Nobody knows when the war will end, how long it will go on or, whether there will be a nuclear bomb.

Who would have thought that in 2022, there will be a war in Europe? In the middle of the most advanced continent, a conventional war is going on and people are dying!

During Covid, we navigated the storm and came out stronger. I am confident that this time too, it will happen.

We will be the one economy that will perform better than all the other economies.

But will we performing to our full potential of 10% growth which was the plan for 2023-2024? We cannot say given the global conditions.

How will the rupee falling against the dollar affect the IT sector and also start-ups in India? Valuations may change and it may affect some unicorns too…

Devaluation of the rupee is more to do with the strengthening of the dollar rather than the rupee getting devalued.

If it was just the devaluation of the rupee, only the rupee would have been devalued, but currencies across the board are getting devalued against the dollar, and that is because the dollar is strengthening.

Strengthening of the dollar is a consequence of risk aversion. When people find that there is uncertainty in the world, they run back to the safety of the dollar.

As more and more capital goes out to the US for temporary safety, there will be temporary depreciation of all the currencies in the world.

But nobody can predict what will happen tomorrow.

That’s because when there is volatility in the economy, people move away from equity into safety. First, they move equities into bonds. Then, whether it’s yen bonds or Euro bonds, you move it to dollar bonds.

If you look at the global economy, this has happened multiple times, and this is very normal.

You spoke about more and more capital going back to the US for temporary safety. What about money going out of India?

As long as the Indian economy offers opportunity for investors, money will keep coming.

Under Narendra Modiji, the narrative of a strongly performing economy is absolutely intact even now. 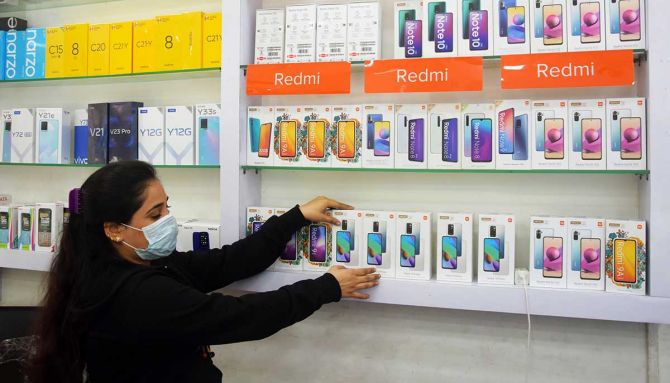 The mobile phone manufacturing in India is a success story. Like you said, 97% of what is manufactured here is consumed domestically. Why is it that it is not replicated in other electronic items? The PLI (Production Linked Incentive) scheme is generally perceived as an assembled story…

I don’t know whether you are talking about the Raghuram Rajan editorial!

When you have destroyed the electronic manufacturing for 15-20 years, it has to be rebuilt now. And you cannot rebuild something with the snap of a finger.

First, you have to create a viable, credible, industry that makes the ultimate product. Then, you need the volume.

When there is enough volume, the suppliers may think of setting up a plant in India for the components.

Then the guy who uses the components in other products like, for example computers, will think of setting up a plant here. That’s how an ecosystem is built.

And the ecosystem is not built sitting on a spreadsheet and saying, it is zero now, let’s make it 25 tomorrow, and 100 day after tomorrow…. It takes time. 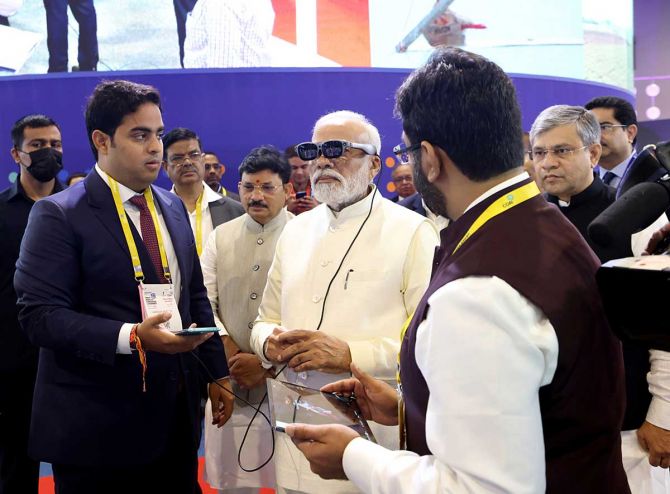 For the last 25 years, we have been hearing everybody say that China is ahead of India by more than two decades… They started building the ecosystem much ahead of India…

China is ahead of India because our political leadership was behind. It is as simple as that. I am not making any political rhetoric.

You have to be a total anti-national bozo to shut down the Nokia plant in Sriperumbudur, which was the first large manufacturing plant for mobile phones in India.

Why was the whole unit shut down which was manufacturing millions of phones at one point? Because of somebody’s ego.

When manufacturing is not in your scheme of things, when it is not your priority, when it is not the strategic part of your economic thinking, you will not encourage it.

As a matter of fact, you not only NOT encouraged it, you destroyed it.

Look at the situation today? From 0 rupee exports of mobile phones in 2014, it is Rs 50,000 crores (Rs 500 billion>/em>) today. From 90% of phones imported to 97% of the phones manufactured here is consumed domestically. Plus, we are exporting too.

iPhone 14 will be manufactured in India. This was unthinkable in the past. 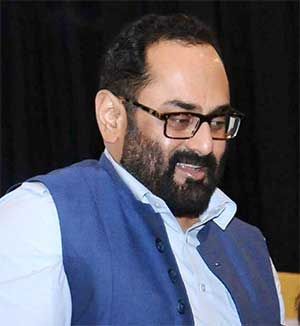 Should India compete with Made in China products or Made in Germany products?

India should not compete with anybody. India should become the manufacturing hub of the world.

I will tell you why. After petroleum, electronics is the second largest traded product in the world. The global trade of electronics is $1.5 trillion. And $900 billion of that is from China.

*Kindly note the images have been posted only for representational purposes.