The development on bidding for these train sets — being promoted as indigenous products — comes amid heightened tensions between India and China over a violent face-off between their armies in eastern Ladakh's Galwan Valley last month. 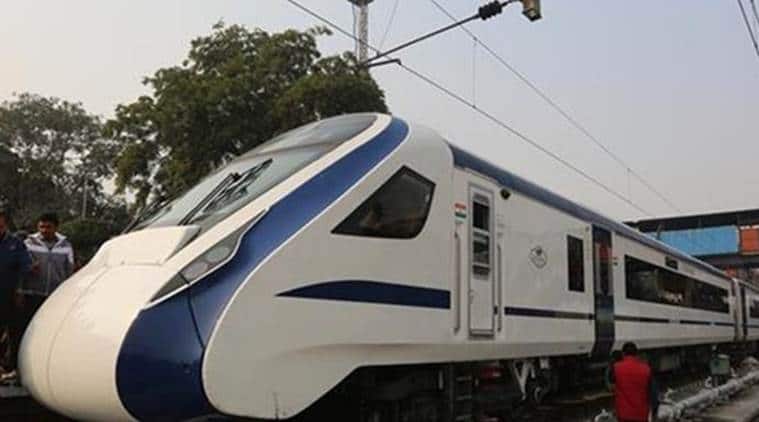 Chinese state-owned rolling stock major CRRC Corporation has emerged as the only foreign player to bid for the Railways’ global tender for its ambitious semi-high speed Train 18 project.

The development on bidding for these train sets — being promoted as indigenous products — comes amid heightened tensions between India and China over a violent face-off between their armies in eastern Ladakh’s Galwan Valley last month.

CRRC has entered into a joint venture with a Gurugram-based company to place its bid under the name CRRC Pioneer Electric (India) Private Limited.

It is one of the six contenders for the tender for procuring propulsion systems or electric traction kits for 44 trains — to be branded as Vande Bharat Express or Train 18. “We have got bids from six players for the train set tender,” Vinod Kumar Yadav, Chairman Railway Board, told reporters Friday.

The other contenders include Bharat Heavy Electricals Ltd, the Hyderabad-based Medha Group — one of the makers of the existing Vande Bharat rakes — Electrowaves Electronic Pvt Ltd and Mumbai-based Powernetics Equipments Pvt Ltd.

Officials said going by the cost of manufacturing the first Train 18, which was launched last year — Rs 100 crore, of which Rs 35 crore was for the propulsion system alone — the present tender for 44 such kits would be worth over Rs 1,500 crore.

This tender was floated on December 22, 2019, by the Integral Coach Factory (ICF), Chennai, and was opened on Friday. It is the third such tender floated for these trains.

Floated under the ‘Make in India’ initiative, the tender was for the supply of electrical equipment and other items for 44 train sets, of 16 coaches each.

The first one was for 43 sets. Orders for only three were given, including one to Spanish major CAF and the Medha Group.

A second tender, floated for 37 propulsion systems for these trains was cancelled.

Major players like Bombardier, Alstom, Siemens, CAF, Talgo and Mitsubishi did not participate in the bids.

Following the standoff, the national transporter had cancelled a Rs 471-crore signalling and telecommunication project for a 417-km stretch on the Kanpur-Deen Dayal Upadhyay (DDU), which had been assigned to a Chinese company. The Railways had also scrapped a tender for thermal screening cameras after Indian vendors complained of the bid document favouring the Chinese.