Mumbai-based Indian Semiconductor Manufacturing Company (ISMC) and Singapore-headquartered IGSS Ventures have one strategy in common: They have told the government in their application for semiconductor fabrication plants that they will export the bulk of the chips they make in India in the initial five or 10 years. 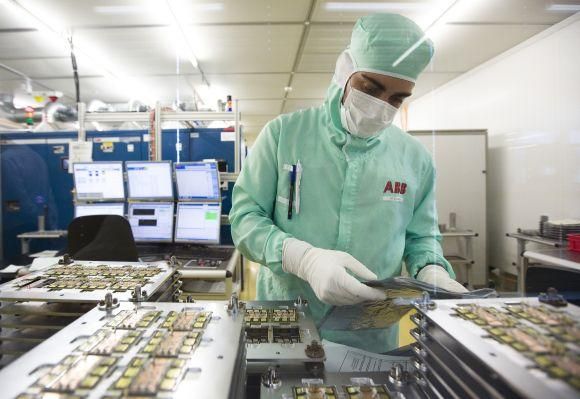 The third applicant, Vedanta-Foxconn, which is also building a fab plant, has said it will concentrate on the needs of consumer electronics and mobile device markets, and earmark 80 per cent of output for domestic consumption, but has not specified its customers.

Finding a viable domestic market could well be the biggest challenge for India’s renewed tryst with semiconductors. Fab plants do not sell directly to end users but to intermediary chip design companies — such as Qualcomm or MediaTek.

The chips made by them are then processed further by assembly, testing, marking, and packaging (ATMP) players (the Tata Group is setting up an operation) and then shipped to the end user.

Many global fab plants have ATMP operations; others outsource it to independent companies.

The problem is, India does not have domestic chip design companies (except a few small ones with total revenues of $20-30 million) that can provide critical mass for the fab plants setting base in the country.

Foreign chip design players who sell their products in India source from global giants such as TSMC in Taiwan — aggregating their demand from across the world in these large plants and deriving the advantages of scale.

Ironically, these companies also design a substantial portion of their chips in Indian R&D centres but their intellectual property rights (IPs) are held globally, not in India.

Less than 5 per cent of the chips consumed in India are designed with IPs owned by home-grown companies.

But the government’s semiconductor scheme has a different expectation from fab plants coming up with a 50 per cent subsidy — it aims to make India aatmanirbhar (self-reliant) in chips.

The government is betting on the potential size of the local market, which is estimated to hit $65 billion by 2026 and grow further.

Aware of the initial challenges in achieving this, the government has incorporated a design-linked incentive scheme to support 20 domestic chip design companies.

They will be provided 50 per cent of their eligible expenditure subject to a ceiling and incentives of 4-6 per cent over net sales turnover for five years.

But it will take time for domestic chip designers to emerge. Ajay Jalan, founder of New Orbit, which leads the ISMC consortium, said, “For the initial five to 10 years, most of the chips will be exported because there are no major chip design companies in India as of now.

“So, Tower Semiconductor will take 50 per cent of the capacity.

“We are talking to other global players to book capacity.”

Tower Semiconductor is an Intel subsidiary and New Orbit’s technology partner and is expected to invest in it at a later date.

IGSS founder Raj Kumar added that 20 per cent of the wafer (40,000 wafers a month) will be bought back by an undisclosed integrated design manufacturer (IDM) partner based in the US, and another 40 per cent will be bought by global buyers in silicon photonics, power technology, and gallium nitride semiconductor players.

In other words, incentivising capital investment for fab plants may not be enough.

As Satya Gupta, former president of Indian Electronics and Semiconductor Association, pointed out, “We might need an incentive scheme to meet the cost disability for either the fab plants making chips, since they don’t have the kind of scale that TSMC offers, or the global chip design companies to make it attractive to shift some contract manufacturing capacity for India’s needs initially.”

But Communications Minister Ashwini Vaishnaw had in an interview to Business Standard made it clear that the government will not take this route at all.

Gupta added that companies like Vedanta-Foxconn might have an advantage. Foxconn could leverage its close relationships with consumer electronics and mobile device companies as a contract manufacturer across the world to prod them to buy some chips from their Indian operation.

Global chip design companies have conceded that they are open to shifting closer to their customers in India.

He has argued that it makes sense to have production closer to locations where the customers are making mobile devices and electronics for both domestic and export markets.

But global chip makers have some conditions which need to be met — the price should be the same as available globally and the yield from wafers should be stable so that it can meet their orders on time.

He said that the US or Europe, which extend billions of dollars in subsidies to the industry, are also nudging their companies to do so.

The basic difference, global chip design companies pointed out, is that giants such as TSMC, which are investing billions of dollars in US to set up fab plants, are not seeking new customers because they are already there.

TSMC, thus, will merely manufacture the wafers close to their clients rather than shipping them from Taiwan.

In India, on the other hand, the new fab plants have to look and build new customers in the country.

So, is it better if India’s semiconductor policy focuses on wooing IDMs like Intel, which not only has a fab to manufacture its own chips but also sells them directly to end users?

Or memory chip makers like Micron or Western Digital or SK Hynix which, again, are integrated players selling to end customers?

The answer will all depend on whether they will find the Indian market attractive enough.