‘They will be able to ride over this immediate crisis and carry on, but they need to take corrective steps and these will have to be long term measures which must include working closely with state governments.’ 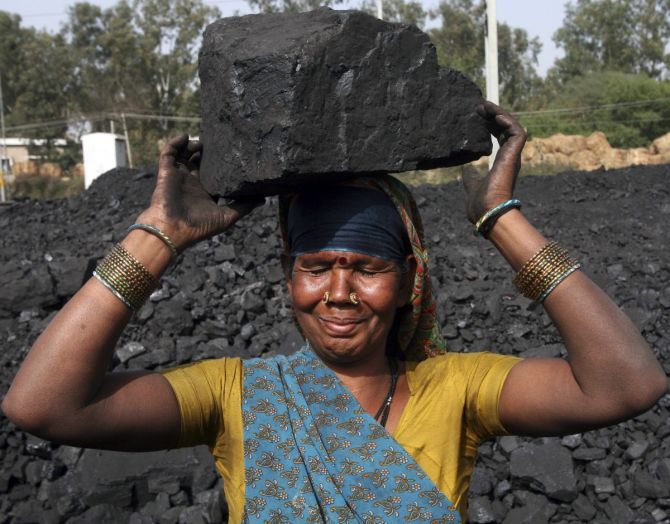 “Of course, the private sector is making a killing,” Anil Swarup, the former coal secretary, tells Rediff.com Senior Contributor Rashme Sehgal about the current crisis. The first of a revealing two-part interview:

Would you say Prime Minister Narendra Modi’s government is responsible for this current shortage of coal?

There is no straight yes or no answer to this question, but yes, the Modi government must bear some responsibility for this current crisis.

In 2014, we had faced a similar situation but we were able to tide over it.

The reason for the crisis than are several, but the CAG report (under the then CAG chief Vinod Rai) had concluded a loss of more than Rs 1.54 lakh crore in the collocation of coal blocks.

The Supreme Court put a stamp on what CAG stated.

The CAG report ruined the coal sector with 200 odd coal blocks were cancelled.

Many were producing up to 90 MT of coal comprising 15-20 per cent of coal production.

There were few takers for nine blocks that were put on auction during 2016 and there are close to 120 blocks still left.

In 2014, we had a critical shortage of coal, but by 2015, we were able to ramp up production by seven per cent and by 2016, there was not a single power plant facing a shortage for want of coal. This made the government complacent.

This year there have been unreasonable rains, international coal prices have shot up and the demand for coal has also increased.

The government should have foreseen the demand and asked Coal India (which meets 80 per cent of India’s power demand) to ramp up production.

Some of the reasons for the overall stagnation in coal production were that when the term of Suthirtha Bhattacharya, an outstanding chairman of Coal India Ltd, lapsed in 2017, the government failed to find a replacement for one whole year. With no man at the top, the momentum built up during 2014-2016 was lost.

Instead of investing this money, the government took it away as a dividend to be used to balance the budget. So of course the expansion did not happen. 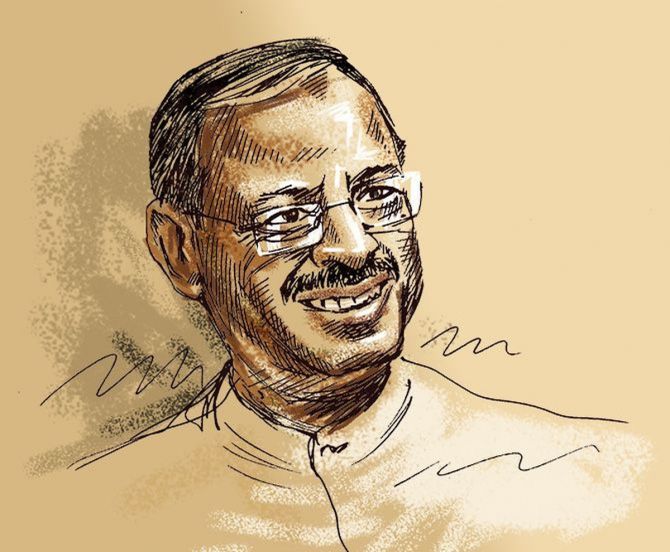 But if money is taken away from Coal India, as it is from several other PSUs, these PSUs will suffer.

PSUs in the country have been virtually destroyed. This has happened with most of our PSUs.

This has happened with ONGC and other PSUs also.

Instead of allowing PSUs to expand, they have been destroyed.

Even today, several subsidiaries of CIL do not have a CMD. It`s an absolute shocker.

But this will only serve to worsen the economic situation in the country.

Absolutely. The country is already suffering. But there is a larger crisis looming on the horizon.

Where is the money going to come from? This is already putting an enormous strain on our banks.

Discoms borrow money from banks. If they are not able to pay these loans will end up as NPAs which will only put more pressure on the consumer.

No one is looking at a long time solution. They just want to tide over this situation and say everything is hunky-dory.

Some corporate houses are known to be making a killing over this coal shortage. This has been commented upon by some Opposition leaders.

If we look at the power and price exchange, in the evening the prices go up to Rs 25 per unit.

Of course, the private sector is making a killing. Someone has to do a calculation to discern the amount they have made.

I am not a politician. I maintain a certain discipline by refraining to talk about politics and will not comment on what someone has said.

Is the rise in petrol and diesel prices linked to the overall rise in energy prices?

The country is faced with a grave financial crisis. Its main sources of revenue have dried up.

Either they borrow — but they already have borrowed huge sums of money.

The only alternative for them is to raise the prices of petrol and diesel.

What is the solution?

The next few months will be a wake-up call.

They will be able to ride over this immediate crisis and carry on, but they need to take corrective steps and these will have to be long term measures which must include working closely with state governments.

This will also include enabling the private sector to produce more.

For the present, surplus coal lying in private sector mines can be diverted to shortage areas.

They should not be allowed to sell in the open market.

After a mine is identified, it takes around five years to operationalise it. This requires long term planning.