Referring to a polarised global society in present times, the Tibetan spiritual leader said that emphasis on a “we and they” type of thinking is acting against the inherent oneness of human beings. 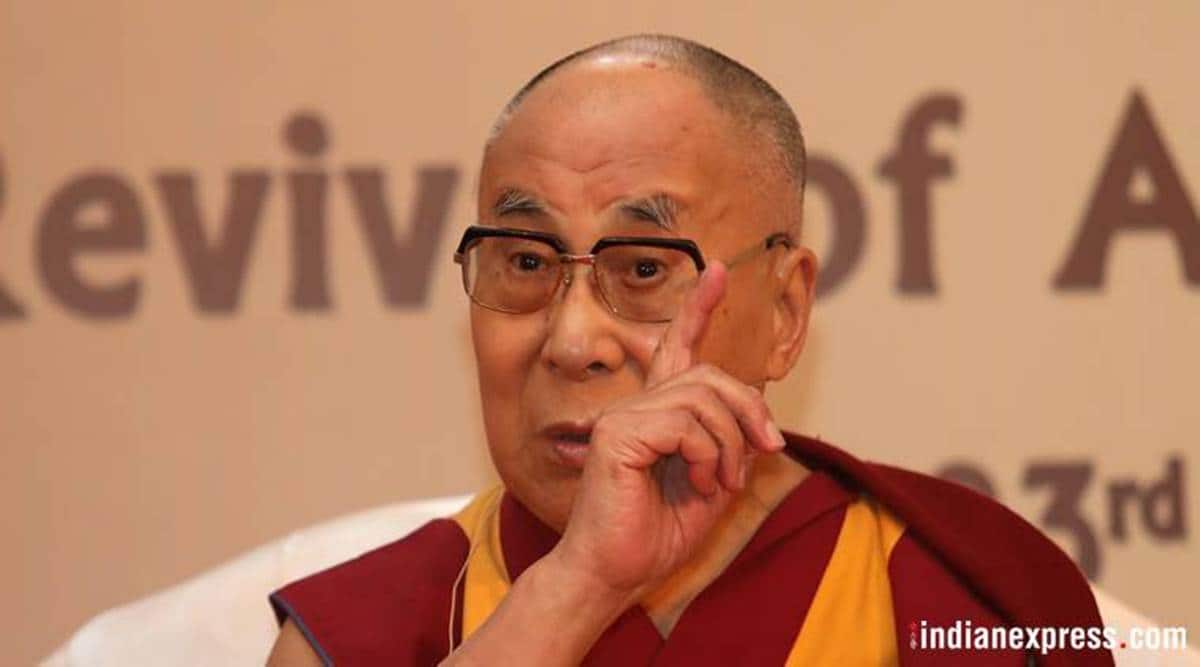 India must combine modern education with its ancient knowledge of the mind and emotions to tackle conflict in today’s world, said Tenzin Gyatso, the fourteenth Dalai Lama, while speaking during a webcast on Monday.

Referring to a polarised global society in present times, the Tibetan spiritual leader said that emphasis on a “we and they” type of thinking is acting against the inherent oneness of human beings. It can be countered with a new education system which lays equal emphasis on physical and emotional hygiene, he said.

The Dalai Lama, who joined the webcast from Mcleodganj in Dharamshala, was delivering a talk on ‘India’s Heritage of Karuna and Ahimsa’ organised by the Indian International Centre and the Foundation for Universal Responsibility.

He said ancient Indian traditions laid stress on a secular and scientific knowledge about psychology and emotional well-being, and these ideas must be incorporated into the modern education system, which has so far mostly focused on material well-being.

“Young children, by nature, do not consider distinctions of nationality, gender, colour etc. They play together. But they develop these differences as they grow up and join education. A new way of education is the key to solving present-day problems of the world,” observed the Dalai Lama.

He said that some people are copying the same ways of thinking from the previous century, which caused immense violence in the form of world wars and other conflicts. “But the situation has changed. There are new problems such as global warming while inequalities between the rich and the poor continue to exist,” he said, adding that a “revolution in thinking” and use of intelligence is the need of the hour.

He said he is eager to go to Delhi and meet educationists to discuss the incorporation of ancient knowledge of India into modern education.

Gyatso also expressed concerns over the threat to Tibet’s ecology, saying that large rivers and lakes in the region are in the process of drying up, just as they did in Afghanistan. “When we fly over neighbouring Afghanistan, we can see traces of formerly big lakes and rivers which have now become very small,” he said.

Former diplomat and politician Gopalkrishna Gandhi, one of the participants, said that he feels a sense of helplessness on seeing ‘Karuna’ and ‘Ahimsa’ being defeated by other powerful forces and trends across the world. To this, the Dalai Lama replied that one can temporarily use stern measures against negative forces if all else fails, but only out of a sense of compassion for all and not bearing any hatred towards anyone.