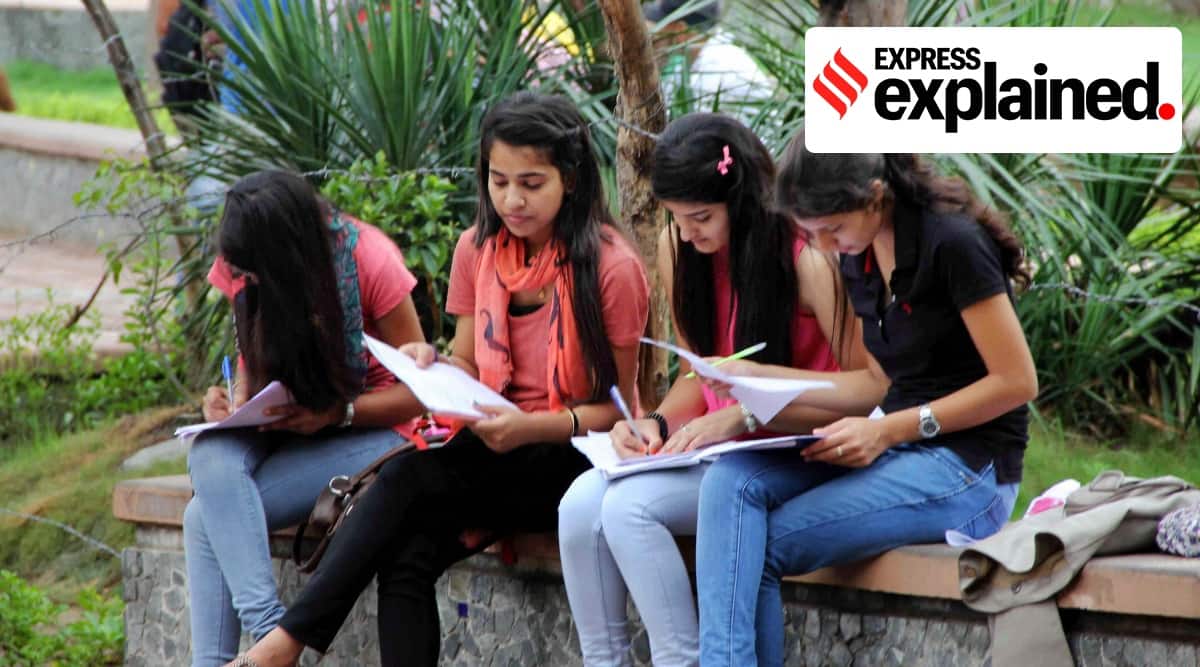 From the 2022-23 academic session, a common entrance test is likely to be implemented across central universities in India for admissions to undergraduate and postgraduate courses, marking a departure from the current predominant pattern of screening based on class 12 marks.

On November 26, the University Grants Commission (UGC) wrote to the vice-chancellors of the 45 central universities that “after detailed deliberations, it was resolved that the Common Entrance Test for UG and PG may be conducted for Central Universities from the academic session 2022-23 through National Testing Agency (NTA)”.

The push for a common entrance test comes at a time when unrealistic cutoffs for admission to premier institutions like Delhi University have underlined the need for alternatives. While the UGC hopes it will create a level playing field, critics fear it will encourage the coaching industry further.

The UGC has been keen on bringing more central universities under the ambit of the CUCET ever since the National Education Policy, 2020 advocated this.. Last December, the UGC set up a seven-member committee under R P Tiwari , Vice-Chancellor of Central University of Punjab, to prepare a plan to implement CUCET from 2021-22. The committee’s report gave the proposal the go-ahead, but the UGC had to shelve the plan due to the Covid-19 pandemic. The latest push came on November 22, when the UGC held a meeting with the vice-chancellors of 45 central universities, following which the letter was sent.

The test will cover sciences, humanities, languages, arts, and vocational subjects, and is likely to be held at least twice every year.

The test does not have under its ambit engineering and medical courses that are offered by some of these central universities. These will not be included in the new pattern either.

AFTER EXPANSION: Although the UGC has not yet announced the pattern of the exams once it is expanded, the report of the Tiwari committee holds some clues. It says the test for the undergraduate level would be in two parts. Section A will be a common aptitude test carrying 50 questions, while Section B will be a “domain specific test” comprising 30 questions each from a chosen combinations of subjects. The committee also recommended that to begin with, a minimum 50% of a candidate’s CUCET score should be factored in during admissions to undergraduate courses. It will be a computer-based test.

The CUCET might also be called Common Universities Entrance Test (CUET) in its proposed new avatar.

The Tiwari committee has also recommended that existing policies regarding quotas, subject combinations, preferences etc that govern a particular university will remain applicable even after the rollout of a common test.

The NEP, 2020 envisages that a common entrances will test the conceptual understanding and ability to apply knowledge, and will aim to eliminate the need for taking coaching for these exams. The flexibility of the NTA testing services will enable most universities to use these common entrance exams “rather than having hundreds of universities each devising their own entrance exams”, which will reduce the burden on the entire education system, it says.

Not everyone has welcomed the idea of an overarching common entrance test, though.

Disha Nawani, Professor, School of Education, Tata Institute of Social Sciences (Mumbai), agreed that the existing board-exam based screening is leading to unrealistic cut-offs, but felt a common entrance will not be an improvement. “Children come from very different socio-economic backgrounds and to expect them to sit together and tackle a centrally-set paper will not be fair. Eventually it will boil down to mastering the techniques to crack it which coaching institutes offer. As long as we continue to focus on modes of assessment instead of learning, this will be a continuation of the unjust system,” Nawani said.

Abha Dev Habib, associate professor (Physics) at Miranda House in Delhi, and Ayesha Kidwai, professor at JNU’s Centre for Linguistics and former president of its teachers’ association, called the proposal an affront to the autonomy of universities. “Many universities offer highly specialised as well as multidisciplinary courses. And using the NET score for admission to PhD programmes is a terrible move. It has no academic rationale and will not promote equality,” Kidwai said.