Randeep Surjewala said as per a report by a French portal, an investigation by the French Anti-Corruption Agency has revealed that after signing of the deal in 2016, Rafale's manufacturer Dassault allegedly paid 1.1 million Euros to a middleman — Defsys Solutions — which is an Indian company. 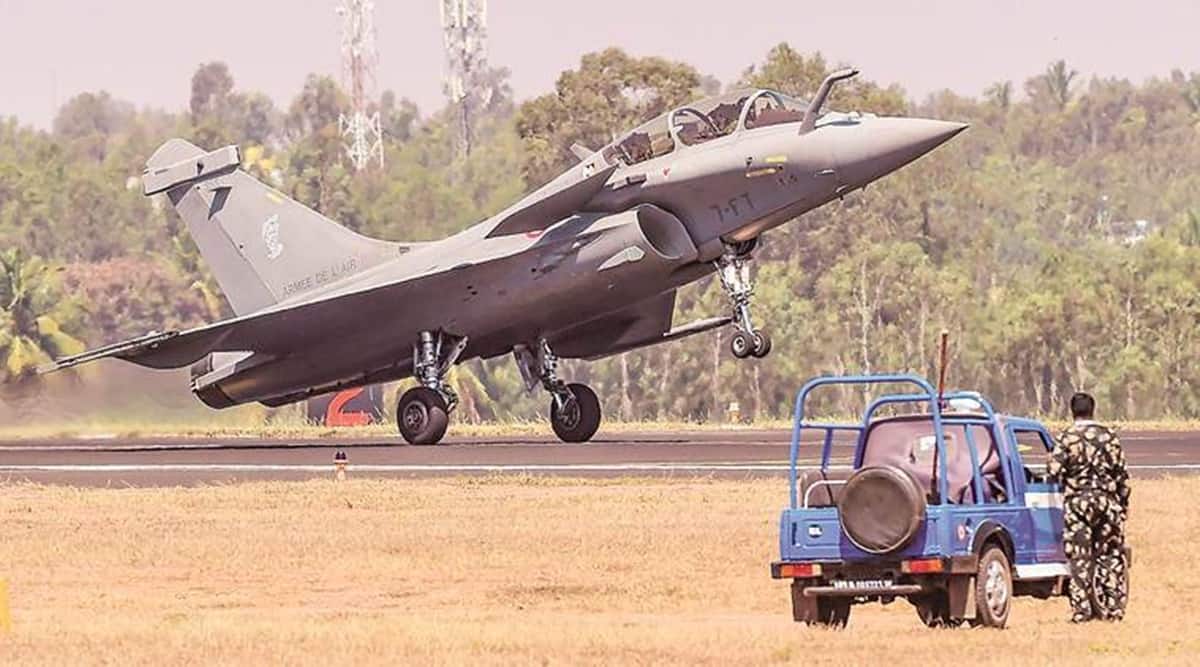 After a French media report stated that 1.1 million Euros was paid to a “middleman” by Rafale manufacturers, Union minister Ravi Shankar Prasad on Monday dismissed the claim as “completely baseless” and said the Congress party had made it a big issue before the Lok Sabha polls but lost badly.

Prasad said, “Why is the Congress again talking about the Rafale issue? The Supreme Court and the CAG have found nothing wrong in the deal. Congress made it a big issue ahead of the Lok Sabha polls in 2019 but lost badly. A French journal has published the issue. We have to take into consideration the issue of corporate rivalry in France. The report has named (middleman) Sushen Gupta who was arrested in the AgustaWestland scam. Salman Khurshid had publicly said that he knew Gupta.”

He added, “If we had the Rafale fleet, it would have been of great help during the Balakot strike. Congress had asked for proof after Uri and Balakot strikes. They shouldn’t try to destabilise the willpower of the defence forces of the nation.”

The Congress, meanwhile, sought a thorough probe into the Rafale defence deal and demanded answers from Prime Minister Narendra Modi, after a French media report claimed that 1.1 million Euros was paid to a “middleman” by the aircraft manufacturer.

Chief Congress spokesperson Randeep Surjewala told a press conference here that the French news portal’s report has proved that Rahul Gandhi’s oft-repeated allegations of corruption in the deal were correct.

While there was no immediate response from the BJP or the government on the charges, they have in the past denied any irregularities in the country’s biggest defence deal.

Surjewala said as per the French portal’s report, an investigation conducted by the French Anti-Corruption Agency (AFA) has revealed that after signing of the deal in 2016, Rafale’s manufacturer Dassault allegedly paid 1.1 million Euros to a middleman — Defsys Solutions — which is an Indian company.

“Does it now not require a full and independent investigation into India’s biggest defence deal to find out as to how much bribery and commission in reality, if any, was paid and to whom in the Indian government?” he asked. “Will Prime Minister Narendra Modi answer to the nation now?” he asked.

Surjewala said this amount was shown as expenditure by Dassault as “gifts to clients”.

The Congress leader said that the Defence Procurement Procedure (DPP) as also the stated Indian government policy envisage there will be an “Integrity Clause” in every defence purchase contract which clearly states that there can be no middleman or payment of commission or bribe.

Surjewala said that as per the DPP, any evidence of middleman or commission or bribery has serious penal consequences including the banning of the supplier, cancellation of contract, registration of an FIR and imposition of heavy financial penalties on the company.

“Has it not vitiated the Rafale deal? It must entail imposition of heavy financial penalties on Dassault, banning of the company, registration of an FIR and other penal consequences,” he said.

He asked whether the payment of 1.1 million Euros shown by Dassault as “Gifts to Clients” is in reality a commission paid to the middleman for the Rafale deal.

“How can middlemen and payment of commission be permitted in a government-to-government defence contract or in any defence procurement in India? It is in violation of the mandatory Defence Procurement Procedure,” he said.