Pramod Kumar writes: In the churning within the Congress, politics seems to be again going back to the harking of monolith categories like Sikhs, Hindus and the Scheduled Castes. However, it may not succeed. 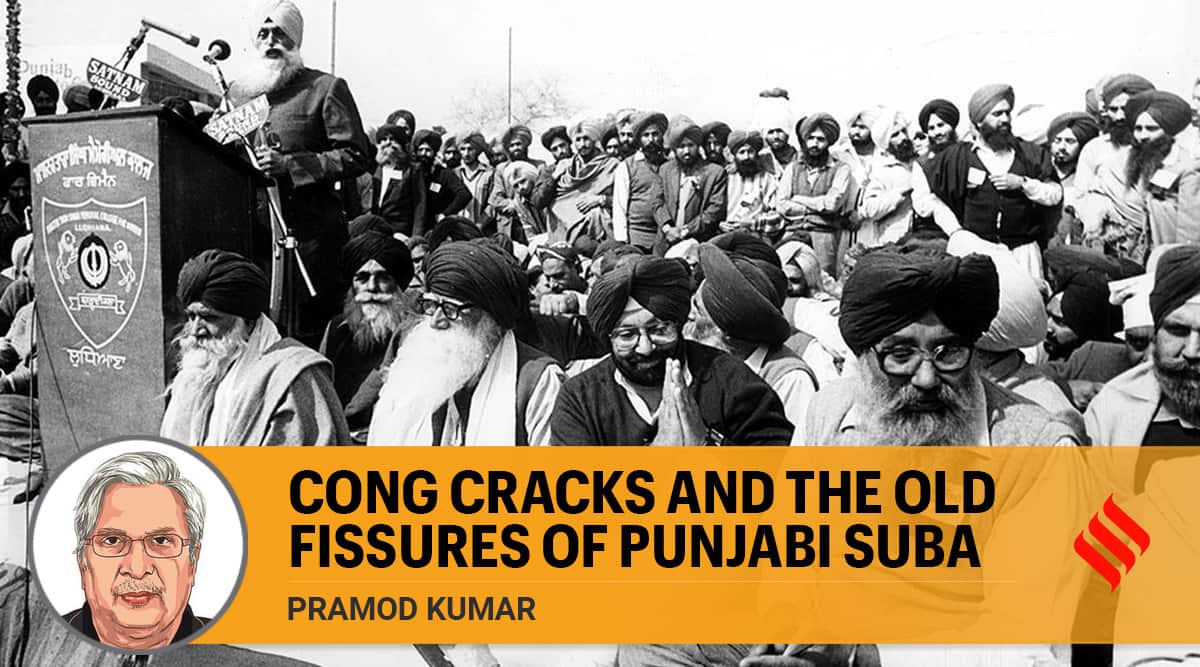 History pulsated with life again during the recent political turmoil in Punjab, as leaders of the ruling Congress fought for power. A party spokesperson announced that a Sikh should be the Chief Minister, forcing the Congress to backtrack on plans to name. By evening, a Scheduled Caste had been appointed as the CM. The entire history of Punjab was reversed.

This issue was at the centre of politics during the Punjabi Suba movement in the mid-Sixties and the basis of the political combat between the Congress leadership claiming to speak for “secular nationalism” and the Akali leadership seeking Sikh predominance in a “reorganised Punjab”. The question arises: what is the long-term significance of these discriminatory public pronouncements on peace, harmony, and parliamentary democracy in Punjab?

Punjab has seen a number of upheavals. Both the Partition that led to the division of Punjab in 1947 and the Punjabi Suba movement which led to its reorganisation have lessons for contemporary politics. However, despite the Partition killing thousands and leaving about 13 million displaced, the political leadership did not make any efforts to bring about a closure. Instead, they continued to give expression to the pre-Partition politics of identity, intermeshed with religion.

In December 1953, the Government of India appointed the States Reorganisation Commission. In an interaction with the then Chief Minister Bhim Sen Sachar on January 21, 1955, asked whether he wanted a land where the Sikhs would dominate, Master Tara Singh, the prominent Akali leader, stated, “This is exactly what I have in mind.” It might have called for a separate province on linguistic and cultural basis, but at the popular level, the Shiromani Akali Dal tended to mix religion with language.

The same year as Master Tara Singh’s statement, the Akalis launched a non-violent agitation for a Punjabi Suba. The States Reorganisation Commission — given the recent past of Partition along religious lines — maintained that Punjabi was not sufficiently distinct from Hindi and the demand for a Punjabi-speaking state was a disguise for a religion-based Sikh state. This stand was condemned as discrimination against the Sikhs, as all the other 14 official languages (at the time) had a state of their own.

In response, a parallel agitation for Hindi was launched, which advocated a ‘Maha Punjab’ irrespective of language.

The increasing strength of the Akali Dal alarmed the Congress leadership, and in 1956, the two parties reached an understanding. A regional plan was conceived, and was accepted by the Akalis at a meeting on September 30, 1956. The new state was to be divided into “Punjabi-speaking” and “Hindi-speaking” regions, and as such, two regional committees with MLAs belonging to the respective regions were to be constituted.

However, this formula could not be implemented as Partap Singh Kairon, the then CM of Punjab, while speaking in the Punjab Assembly, laid emphasis on a zonal scheme, whereby Punjab, Himachal Pradesh, Jammu and Kashmir, Delhi and Rajasthan were to be made into one zone, with the regional committees not carrying much weight. The Akalis walked out of the arrangement and did not contest the second general election of 1957. Soon, the Punjabi Suba agitation was back on track.

The Congress fought the 1962 general election as a referendum on the Punjabi Suba issue, a challenge which was accepted by the Akali Dal. However, not only did the Akalis lose, they won only 19 of 154 seats, losing even in Punjabi-speaking areas. Already discredited due to the failure of the earlier agreement, Master Tara Singh was held responsible for this defeat. A split in the Akali Dal followed.

Finally, the state was reorganised on a linguistic basis in September 1966. This coincided with the start of the Green Revolution, marking another turn in the state’s history. The Green Revolution empowered the Sikh Jat peasantry, but made its gap with the trading classes wider — even seeing a shift in political discourse from the political deprivation of ‘minorities’ to economic discrimination. Therefore, while the demand for a separate Sikh state could not find expression, greater state autonomy became an issue due to emerging agrarian interests.

In the 1980s, the demand took the shape of call for a monolith Sikh State. What followed was the agitation for Khalistan, and the darkest phase of Punjab’s history.

In the years since, even parties which historically articulated the language question along communal lines have shifted stance. For instance, the Akali Dal-BJP in their Common Minimum Programme (1997) asserted, “Punjabi being our mother tongue is the State language of Punjab. Every Punjabi is proud of the richness of Punjabi language and culture.” It was asserted that the non-acceptance of demands of Punjab would be anti-Punjabi rather than anti-Sikh alone.

Now, in the churning within the Congress, politics seems to be again going back to the harking of monolith categories like Sikhs, Hindus and the Scheduled Castes. However, it may not succeed. Punjab’s history shows it has no space for mobilisation of exclusivities.

The writer is Director, Institute for Development and Communication, Chandigarh

INTERVIEW | Even after several flood disasters in Kerala, politicians’ mindset has not changed towards developmental projects, says geoscientist
Lifestyle