The party leader in charge of Punjab remarked that the state will fight the next Assembly polls under the leadership of Sidhu without mentioning newly appointed CM Charanjit Singh Channi. 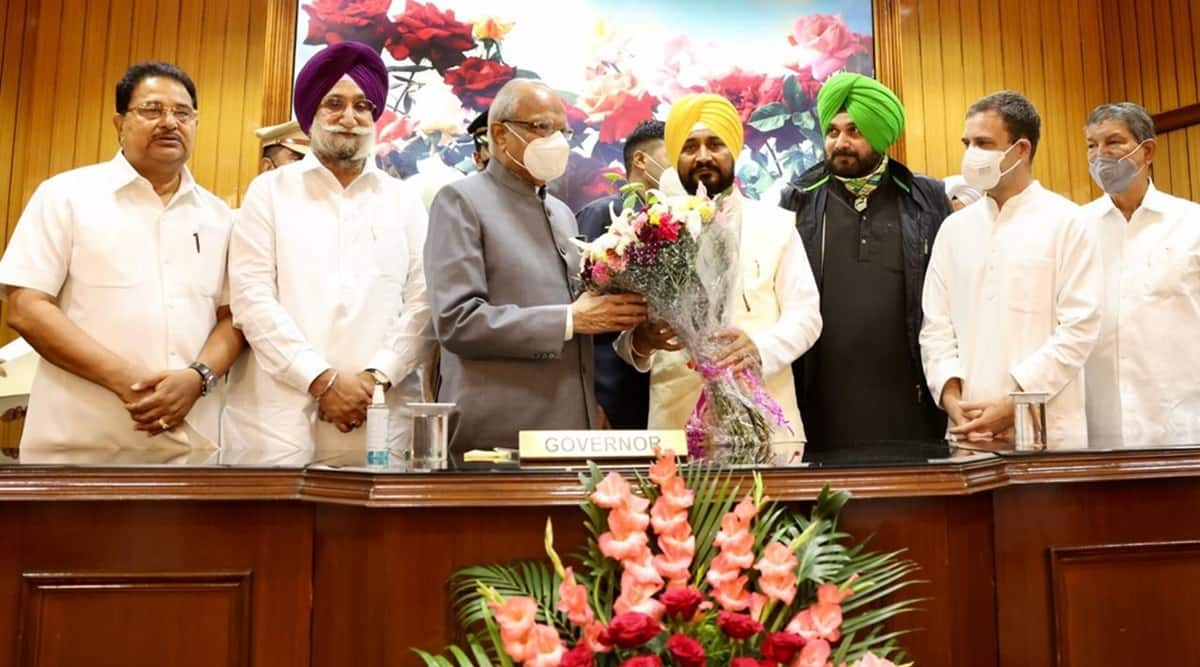 After a remark by Harish Rawat, the AICC general secretary in charge of Punjab, that the forthcoming Assembly elections will be fought under the leadership of Navjot Singh Sidhu triggered a political storm, the Congress high command stepped in on Monday to clear the air and said that both Sidhu and newly appointed Chief Minister Charanjit Singh Channi will fight the elections together.

AICC communication department head Randeep Surjewala, in an attempt to control the damage, said, “I just spoke to Harish Rawat some minutes ago. He told me some friends could not see his statement in the right perspective.”

“He had said that our Chief Minister is Charanjit Singh Channi. Our state Congress president is Navjot Singh Sidhu…so Sidhu is heading the organisation and Channi is heading and is the face of the Congress government. They will, with other leaders and our workers, fight the Punjab elections jointly,” Surjewala told reporters. “This is the reality and truth,” he added.

“Our face will be Sardar Charanjit Singh Channi and Sardar Navjot Singh Sidhu as also ordinary Congress workers and important leaders who will be supporting them. If anybody says that one or the other will be the face and, intentionally or otherwise, is being misinterpreted by a section of the media, then I want to tell all my friends in the media, please you also like Modiji, like Badalji, like Kerjiwalji do not grudge the leadership role assigned to a young Dalit leader as Chief Minister of Punjab. He will be our face along with the PCC president, which is natural,” he said.

Earlier in the day, former Punjab Pradesh Congress Committee (PPCC) chief Sunil Jakhar hit out at Rawat for saying that the upcoming elections will be fought under the leadership of Sidhu. “On the swearing-in day of @Charnjit_channi as Chief Minister, Mr Rawats’s statement that “elections will be fought under Sidhu”, is baffling. It’s likely to undermine CM’s authority but also negate the very ‘raison d’être’ of his selection for this position,” Jakhar had tweeted.