Mahila Congress chief and former Lok Sabha member Sushmita Dev, one of the party's younger leaders, also emphasised the significance of patience: “There is no harm in having aspirations but that should not exceed what you deserve and when.” 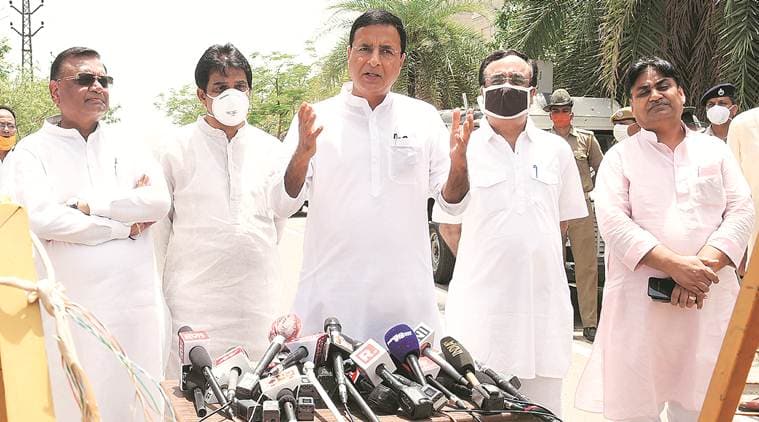 The rebellion by former Rajasthan deputy chief minister and state unit chief Sachin Pilot has put the focus back on the young-old divide in the Congress, and the message from some of the party leaders who have spoken out is clear: show patience and wait for your turn.

Mahila Congress chief and former Lok Sabha member Sushmita Dev, one of the party’s younger leaders, also emphasised the significance of patience: “There is no harm in having aspirations but that should not exceed what you deserve and when.” Pilot, she said, should have “just waited to show his strength democratically within the party”.

Jakhar told The Indian Express: “One should learn to wait. This generation…should know that politics is not fast food. Patience is required. Patience is in short supply these days.”

Indicating Pilot and Jyotiraditya Scindia, the former Congress leader from Madhya Pradesh who recently joined the BJP, Jakhar said, “I think they had great potential, great future because of the confidence and trust Rahul-ji (Rahul Gandhi) had in them…(he) promoted them and gave them opportunities. They should have waited…”

Gogoi said the old versus young battle is not new in the Congress, and even Indira Gandhi had faced it. Indira, the three-time former Assam CM said, had to fight against the likes of K Kamaraj, Prafulla Ghosh and S Nijalingappa. Giving a personal experience, Gogoi said he faced resistance from senior leaders during his early days and had to fight with them.

Rajasthan CM Ashok Gehlot, against whom Pilot is seen as having rebelled, also had to battle it out in his early days in the Youth Congress, the veteran politician said.

“Kamal Nath was much senior (in politics) to Digvijaya Singh but Digvijaya became chief minister (of MP) much before him. When Kamal Nath became important (leader) during Sanjay Gandhi’s time, Digvijaya was a nobody,” Gogoi said. “So my advice is, if you can manage your majority then alright, otherwise you wait for your turn.”

Dev, also from Assam, however, differed. “I don’t believe in this young versus old (comparison). Look at the AICC (All Indian Congress Committee) – there is me, Gaurav Gogoi, R P N Singh, Jitendra Singh, Rajeev Satav; there is Kuldeep Bishnoi and Deepender Hooda in CWC [all young Congress leaders]…. Everybody who is young and has a face has got something (responsibility). It is not that we have been kept idle. Mrs (Sonia) Gandhi and Rahul-ji made me president of Mahila Congress…if I am over-ambitious, then I will not recognise what they have given me. I can have aspirations – there is no harm in having aspirations – but your aspirations should not exceed what you deserve, and when.”

Maintaining that ambition has “got the better of this young generation”, Jakhar said, “People who have shown such impatience should have waited. I don’t think they will enjoy this kind of stature in any other party – whatever may have been promised to them…. They will regret their decision (to leave the Congress).”

On Pilot, Dev said, “I always thought Sachin Pilot has huge potential. But I saw his potential, or recognised it, because the party gave him important positions…ministries. That is why I could see his potential. So the party made him an MP, a Union minister, and PCC (state Congress) president. So, he should have just waited to show his strength democratically within the party.”

Congress veteran Margaret Alva tweeted, “A star should be patient and prepare for the long haul. Else, it will end up as a shooting star and burn out.”

Former Union minister Jitin Prasada tweeted, “Sachin Pilot is not just a colleague but my friend. No one can take away the fact that all these years he has worked with dedication for the party. Sincerely hope the situation can still be salvaged. Sad it has come to this…”

On the way out of the ongoing crisis, Jakhar said Rahul Gandhi should return as Congress president to arrest the drift in the party. “People are now looking for a leader. People are looking to be led. Now is the time for him to take charge and lead,” he said.