The data show that the share of children aged 1-10 years in the total active Covid-19 cases has increased steadily from 2.80% in March this year to 7.04% in August. That is, of every 100 active Covid cases, around seven are of children. 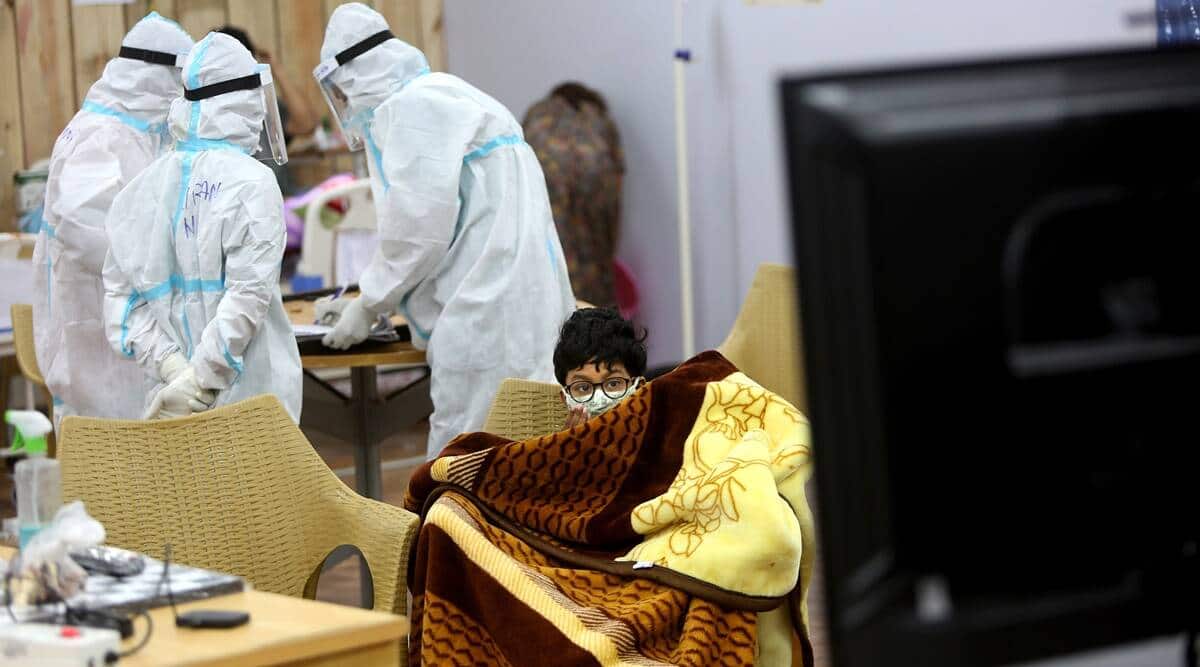 As the second wave ebbs, there has been a steady increase since March this year in the share of Covid-positive children below 10 years in the overall active cases, according to data available with the Empowered Group-1 (EG-1) that is tasked with formulating the nation’s Covid emergency strategy.

The data show that the share of children aged 1-10 years in the total active Covid-19 cases has increased steadily from 2.80% in March this year to 7.04% in August. That is, of every 100 active Covid cases, around seven are of children.

Insisting that the “marginal shift” towards children can’t be termed “dramatic”, experts say the rising Covid cases in the 1-10 years age group could be the result of reduced vulnerability of adults to the virus.

The data was presented at a meeting of the EG-1 — headed by NITI Aayog member V K Paul — that had officials from different ministries in attendance, including the Ministry of Health and Family Welfare.

According to a report of the Technical Group on Population Projections, children below 10 years are projected to be about 17 per cent of the total population by the end of March 2021. 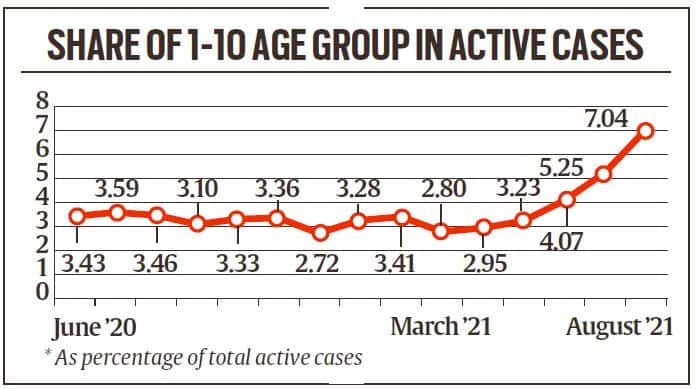 The Empowered Group data assume significance as some experts have said that a third wave of Covid-19 is inevitable — given the high levels of the virus in circulation — amid apprehensions that the next wave could hit children as well.

While no specific reason has been given for rising Covid cases among children, a source said that trend could be because of “more exposure (to the virus) and more testing”.

“The proportion of children getting admitted is higher than before. It is mainly because of two reasons. First, there is more awareness and alertness; second, vulnerability might have also increased proportionately,” said another source, pointing to sero surveys that suggest high exposure to the virus among children. “If we look at sero surveys, the positivity rate among children is 57-58 per cent. This shows that largely, children are part of the pandemic and have always been part of the pandemic,” the source said.

The fourth and latest round of national sero-survey for Covid-19, conducted by the Indian Council of Medical Research (ICMR) in June and July, shows that sero-prevalence among children in the 6-9 age group was 57.2% and 61.6% in the 10-17 age group – lower than the 67.6% for the entire population.

The rising Covid cases among children, experts say, could be the result of reduced vulnerability of adults to the virus.

“Overall, the proportion of Covid cases among children shows an increase because the vulnerability of adults has reduced… So, there is a marginal shift but if we see the larger picture, we cannot call it dramatic. We need to keep a watch on it,” the source said.

Observing that children have already been exposed to an extent, the source added, “There is no doubt that the severity of disease among children is milder than adults. The situation is not one where we can say that children have been overwhelmed and I do not think that situation will arrive.”

Stating that Covid-19 mortality continues to be lower among children, the source said, “The proportion of children being admitted to hospitals has increased marginally. But the mortality, because of preparedness and lessons learnt from Kerala, is stable or lower than before.”

When asked about the strategy to deal with Covid cases among children, the source said vaccine candidates such as Biological E are in the process of getting required approvals for children below 10 years.

The second wave of Covid-19 had started in March this year and peaked in the first week of May, when the national new case count hit 4.14 lakh. Since then, the second wave has ebbed. On Monday, India reported 27,254 new cases over the last 24 hours, with the active caseload standing at 3,74,269.

Earlier, the EG-1 had proposed that 5 per cent of ICU beds and 4 per cent of non-ICU oxygen beds be earmarked for pediatric care in view of apprehensions that children could be affected in the next wave of Covid-19.