Data available on the MNREGS portal show that 2.07 crore households availed of the scheme in September — which was 3.85% higher than for the same month in 2020, and as much as 72.30% higher than September 2019, the last non-Covid year. 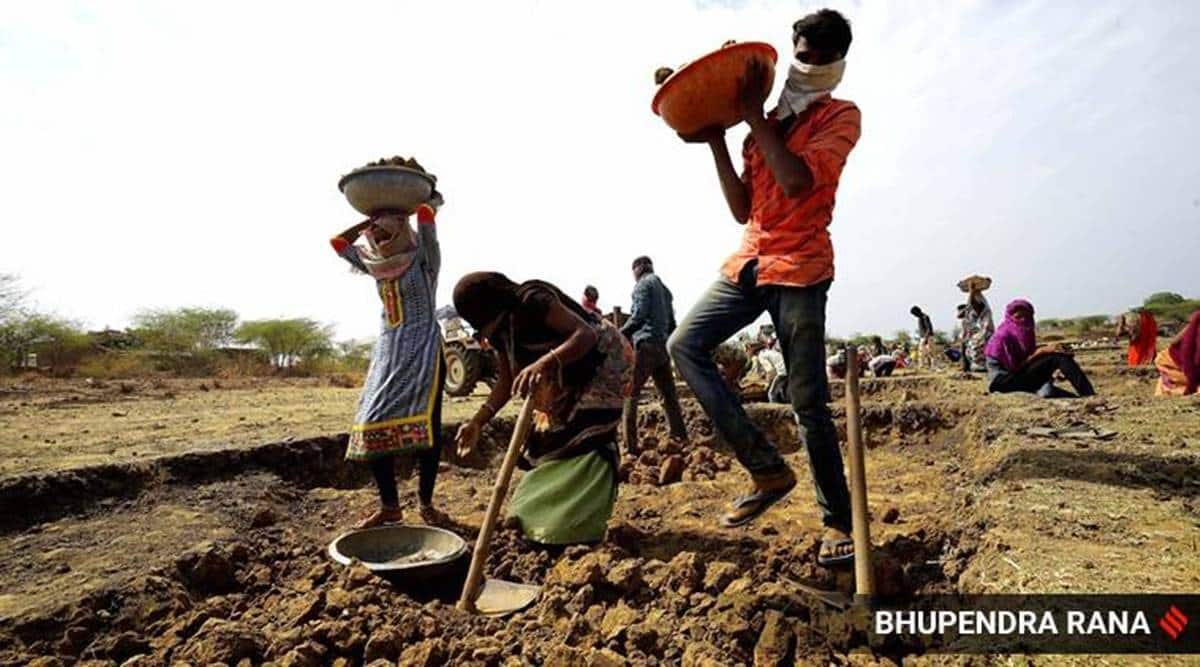 Over two crore households availed of the MNREGS in September, indicating that the demand for work under the rural job guarantee scheme remains high even months after the Centre and states lifted most Covid restrictions.

Data available on the MNREGS portal show that 2.07 crore households availed of the scheme in September — which was 3.85% higher than for the same month in 2020 (coming after the first wave and the severest restrictions of the pandemic), and as much as 72.30% higher than September 2019, the last non-Covid year.

In fact, the monthly figure for households availing of the MNREGS has been hovering over two crores since December last year. In the last 18 months, or since the pandemic hit, the numbers have been below the two-crore mark only thrice — in April 2020 (1.10 crore), October 2020 (1.99 crore) and November 2020 (1.84 crore). In pre-Covid times, the number of households availing of the MNREGS would cross two crores only in the months of May and June.

The continuous high demand for MNREGS work is significant as Covid restrictions have been lifted on most economic activities in recent months.

Arunachal Pradesh, Rajasthan, Gujarat, Manipur and the Union Territory of Jammu and Kashmir saw an increase of over 30% in the number of households availing of the MNREGS between September 2020 and September 2021.

Under the MNREGS, every rural household is entitled to at least 100 days of wage employment in a financial year. By October 30, 13.15 lakh households had completed 100-day employment during the current financial year. In all, 222.16 crore person days had been generated in this time.

Data on the MNREGS portal show Rs 70,135.57 crore expenditure had been incurred till October 30 during the financial year 2021-22, against availability of Rs 71,520.69 crore. However, Rs 10,087.06 crore more is due on account of wage payment, material cost and administration expenses as of October 30 during the current financial year, leaving a net balance or shortage of Rs 8,701.94 crore.

In a statement Saturday, the Ministry of Rural Development said that the government is “committed” to release funds for wage and material payments under the MNREGS. “Fund release towards wage and material is a continuous process. There has been an increase of more than 18% in fund allocation for the current financial year in comparison to the previous financial year as a budget estimate. During the current FY, so far more than Rs.63,793 crore funds have been released for implementation of the scheme in States/UTs. Currently Rs.8921 crore funds are available which can meet the wage liability equal to this current availability,” the statement said.