After the CPI(M) secretariat, Mr. Balakrishnan said the 2021 Assembly elections had severely diminished the BJP. It was desperate to claw its way back to political relevance in the State. The Rashtriya Swayamsevak Sangh (RSS) executed the old trick of fanning communal passions to aid the BJP.

The RSS assassinated an SDPI worker. There was no immediate motive for the crime. It was a premeditated murder.

In retaliation, the SDPI killed a BJP leader. Both parties had hoped to stoke Hindu-Muslim enmity to shore up their base.

The SDPI and RSS were symbiotic and strange bedfellows. One justified the existence of the other. The SDPI had incited its workers to Taliban-model violence. It glorified the violent death of the SDPI worker as martyrdom and urged other activists to follow suit.

There was no simmering SDPI-BJP conflict in Alappuzha. The police were caught unawares because the RSS prearranged the SDPI leader’s murder for a brazenly political reason. The BJP leader’s killing at the hands of the SDPI came as a response.

The RSS and the SDPI were at daggers drawn at several sensitive regions in the State. “The cynical aim of creating inter-religious mistrust for political gain bound both the parties,” he said.

On January 4, the CPI(M) would muster the masses to condemn the BJP and SDPI’s machinations publicly and bolster secularism. It was the date of the martyrdom of CPI(M) worker U.K. Kunjuraman who died while trying to guard a mosque against an RSS attack during the Thalassery communal riots in 1971.

Mr. Balakrishnan hinted that an unbridled COVID-19 Omicron variant spread might prompt the government to impose some restrictions. 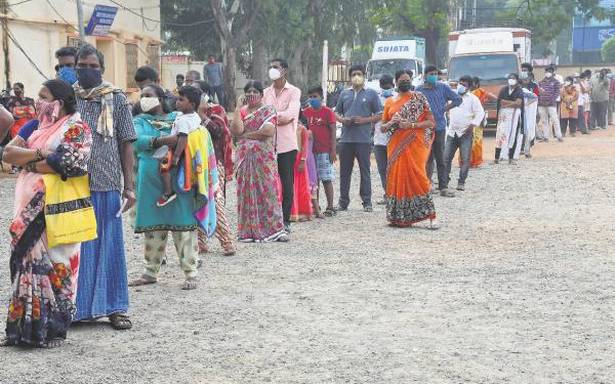