Tata Motors recently announced the launch of ‘Dark’ edition models of the Harrier, the Nexon, the Nexon EV and its premium hatchback, the Altroz.

The ‘Dark’ editions add a premium touch to its existing models.

In 2019, Tata Motors launched the Harrier in its ‘Dark’ avatar to customers looking for a bold, sophisticated and stylish SUV.

Let’s take a look at the ‘Dark’ models of their three best sellers! 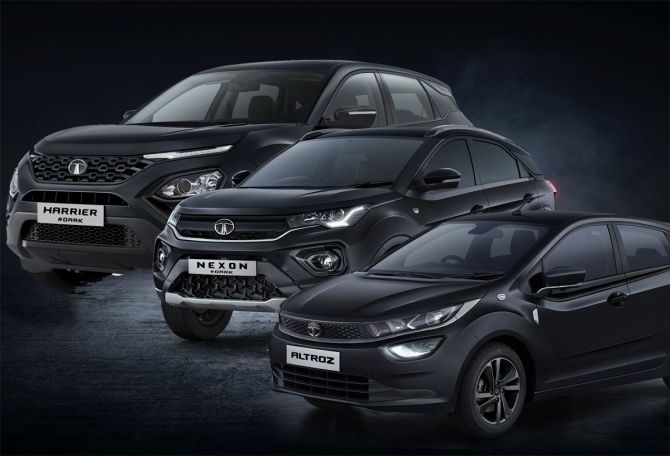 We have already seen the Harrier in its dark avatar in August 2019. Let’s see how it stands out now in the video below:

The Harrier ‘Dark’ edition gets a new ‘Oberon black’ colour as Tata Motors calls it and this one has an interesting tinge of blue.

The wheels are now 18-inch Blackstone alloys. Everything including the lettering on the back where it says ‘HARRIER’ is also black!

The interior gets a premium dark theme all over with only part of the dashboard showing a tinge of grey/gunmetal.

The seats get perforated Tri Arrow treatments with a deep blue undertone.

The Dark edition of the Harrier, which was earlier available in 6 versions is now down to three versions. 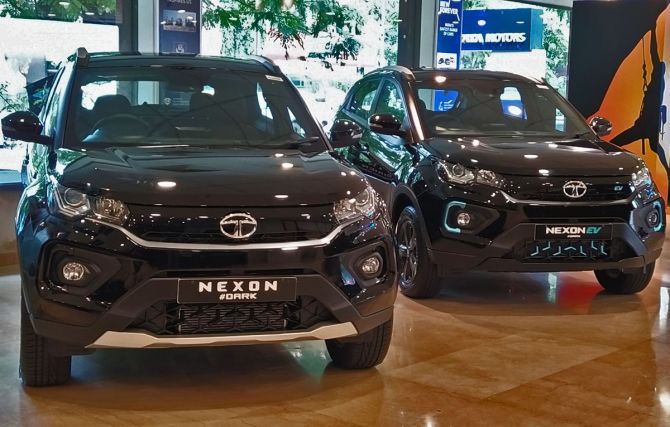 The Tata Nexon in its ‘Dark’ avatar gets a black shade called Atlas Black. a bit different from the Harrier’s shade.

The wheels of the Nexon are 16-inch charcoal black alloys, although the Nexon also get a Sonic silver finish to its ‘humanity line’ and that silver finish carries on to the sides and the rear highlighting the Nexon nicely.

The model lettering ‘NEXON’ on the boot is all black.

The insides too are all dark just like the Harrier, and you get en embroidered ‘Dark’ lettering on the headrests of the front seats which come in a perforated premium leatherette upholstery and also has the Tri arrow treatment.

Available in 4 versions in both petrol and the diesel options, the prices of the Dark edition of the Nexon are ₹44,000 to ₹45,000 more than the regular Nexon versions.

The Dark edition is available in all the 8 models of Nexon.

It is the electric version of the Nexon, which stands out with its blue highlights on the fog lamp housings and its tri arrow treatment which signifies that it is an EV.

Take a look at the video: 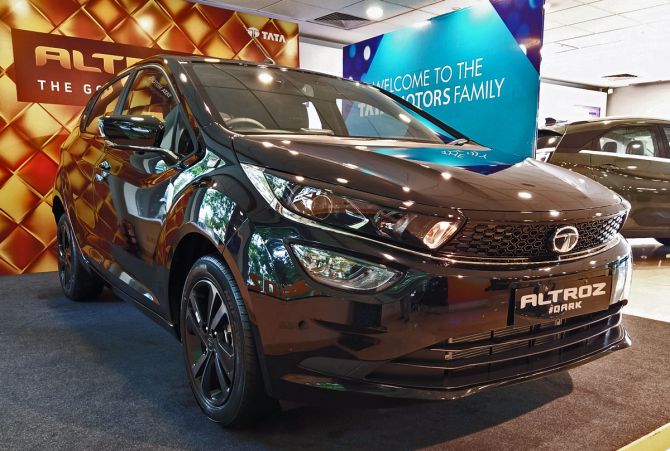 The Altroz which has always been a head-turner, too, gets the all-black treatment and without doubt looks the best in all the ‘Dark’ models.

The black shade of the Altroz is called ‘Cosmo black’ and comes with a dark tint finish on its R16 alloys which make the car look majestic.

The Altroz also gets a chrome treatment that runs across on top of the bumper adding lot more premium to its look.

The rear view mirrors too have a little bit of the chrome treatment which feels just right.

The most prominent among all the models is the black treatment to the tail lights of the Altroz.

On the inside, it is the ambient light that stands out in the interior and makes the Altroz look even more premium.

Available in petrol variant and the i-Turbo variant will set you back by Rs 30,000.

Here too the model lettering on the boot is all black as seen in the video above.

So, would you pay the extra premium for the all-black treatment in these cars?