The government blamed the Opposition for continuous disruptions that have blocked discussions and major legislative business. 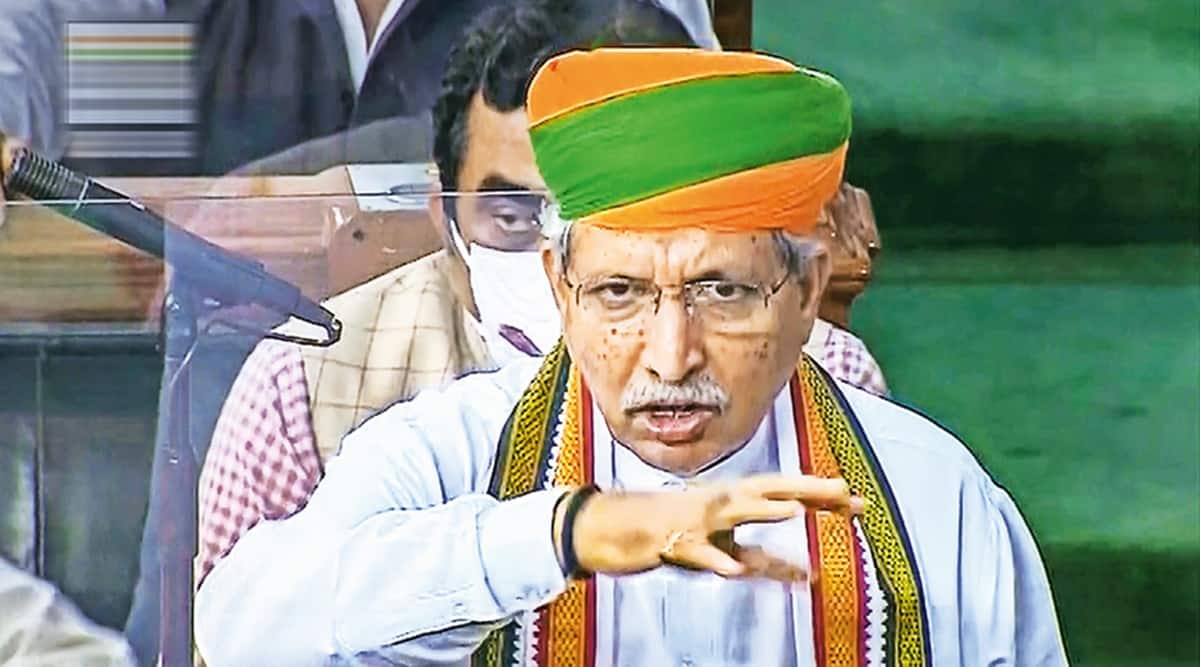 Protests by Opposition MPs over alleged snooping using the Pegasus spyware, as well as the farm laws, on Tuesday led to an abrupt adjournment of Lok Sabha for the sixth consecutive day.

The government blamed the Opposition for continuous disruptions that have blocked discussions and major legislative business.

Although Speaker Om Birla, who made repeated requests to members to return to their seats to discuss the issues, tried to take up the Question Hour, intense sloganeering by the Congress-led UPA members and Trinamool Congress MPs forced him to adjourn the proceedings till 11.45 am for the first time. It was followed by repeated adjournments.

Unlike on previous days, TMC members brought placards that read “Master of Digital Invasion” and “Big Brother is watching” and raised them while shouting slogans. TMC leader Kalyan Banerjee was heard asking Prime Minister Narendra Modi to come to the House and make a statement on the Pegasus row.

Criticising the Opposition MPs members, Agriculture Minister Narendra Singh Tomar said the uproar is destroying the dignity of the House. Tomar, who intervened during the Question Hour, said that there are questions listed on villages and farmers on the day. 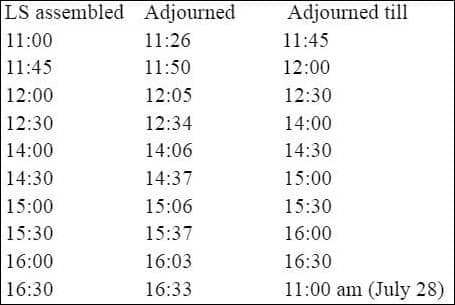 “If Opposition members feel even the slightest pain of farmers, the slightest loyalty towards farmers, then they should sit peacefully. You should raise your issue through these questions and listen to the government’s reply,” he said.

When he came to preside over the proceedings, BJP MP Rajendra Agrawal also asked members to allow the Zero Hour to progress so that MPs could raise issues of public importance. “…I request honourable members that questions related to farmers, villages are being asked. You should join this discussion…” Agrawal said, before adjourning the House till noon.

Minister of State for Parliamentary Affairs Arjun Ram Meghwal also appealed Opposition members to allow the House to take up the Zero Hour.

When the Opposition did not relent, Agrawal adjourned the house till 2pm.

In the few minutes each time that it did operate, several MP’s raised issues under Rule 377, even as voluble protests continued despite requests from the chair. When the House was finally adjourned for the day, loud audible chants of “Khela Hobe” were heard.