BJP claimed that TMC’s bypoll candidate from the area, Madan Mitra, had triggered violence in the area on Sunday which is still continuing. Reacting to the allegations, Mitra said, “Arjun Singh is trying to create disturbance in the area with the help of the central forces.” 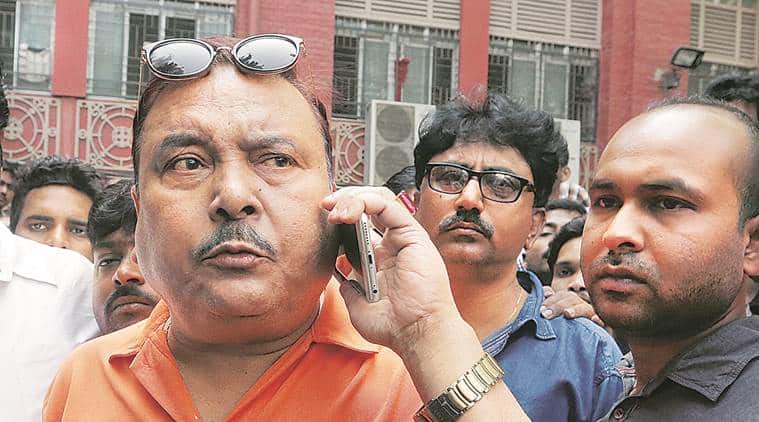 Amid apprehensions of post-poll violence, the Election Commission on Monday imposed Section 144 in Bhatpara assembly constituency under North 24 Parganas district for an indefinite period. This section prohibits an assembly of more than four people in an area.

“Section 144 has been imposed in the area from afternoon,” Barrackpore Commissioner of Police, Sunil Choudhury told The Indian Express. The poll watchdog’s decision came a day after clashes broke out between the workers of the TMC and the BJP and bombs were hurled during the assembly polls on Sunday.

The bypoll in Bhatpara was necessitated after Arjun Singh, who switched to BJP from TMC, resigned as Bhatpara’s MLA to contest the Lok Sabha polls. His son Pawan Kumar Singh is fighting the bypoll on a BJP ticket.

Bhatpara remained tense on Monday with incidents of bomb explosion being reported in Kankinara and Ghoshpara area. Some miscreants also allegedly attacked both the office and house of Arjun Singh on Sunday. “The area should be handed over to the Army. The situation is bad here. The government isn’t letting the central forces work properly. BJP supporters are being attacked. Even my office area was attacked and bombs were hurled,” Arjun said.

BJP claimed that TMC’s bypoll candidate from the area, Madan Mitra, had triggered violence in the area on Sunday which is still continuing. Reacting to the allegations, Mitra said, “Arjun Singh is trying to create disturbance in the area with the help of the central forces.”

Mitra also met Chief Electoral Officer over the situation. “Most important is to provide safety to people. Bhatpara is tense, outsiders have entered the area. If they don’t allow me to enter the area tomorrow I will start satyagrah,” Mitra said.

“So far, 34 people have been arrested. Situation is under control and CAPF personnel have been deployed in large numbers,” a senior police official said.

“Train services between Kankinara and Jagaddal were affected for two hours after a group of people squatted on the tracks. Hundreds of people claiming to be BJP supporters protested outside Jagaddal police station area also,” police said.