As we listen to the government announcements promoting online learning during the corona crisis, a call for using TV for learning sounds feeble. 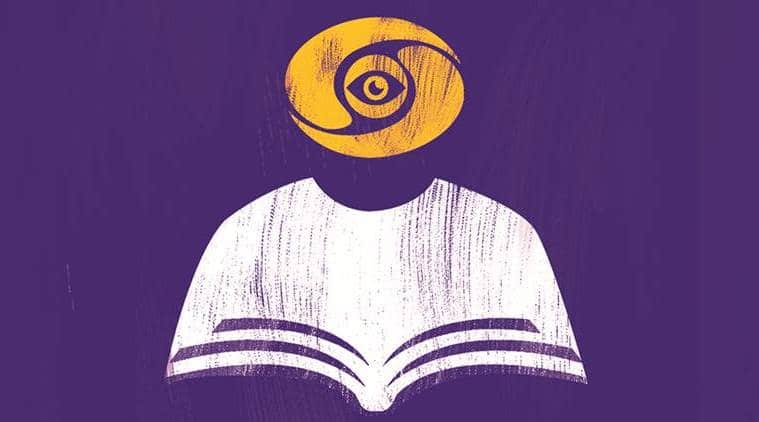 “Online classes from April 7? Won’t the schools let them enjoy even a bit of this unexpected freedom?”

“Freedom? They already have too much of it. Online classes are only for two hours.”

Such remarks are common in these corona times. All of a sudden, students and parents are struck with a range of feelings at the unexpected entry of an intruder into their lives: digital technology for live classes.

A panorama of memories unfold before me.

In 1973, as students of journalism, we were on a visit to the I&B Ministry’s Overseas Communications Services (OCS) centre in then Bombay. Doordarshan telecasts in the four metros had commenced on August 15, 1972, with only evening programmes on black and white TVs. It was only at OCS that we first saw a colour TV telecast. When would we get colour TV in India, we asked. Promptly, we were reminded of prime minister Indira Gandhi’s words as Doordarshan got launched — ‘colour TV programmes are not a priority for a poor country as ours; we would first make sure the whole nation receives television services’. Also, that television would be used to improve school education. It made sense to us that urban India must feel for their less privileged rural masses, and wait before we expect more.

This vision of television for school education soon came true in 1975. Satellite Instructional Television Experiment (SITE) started beaming programmes onto special satellite-linked TV sets installed in selected villages and towns in central India. The common people there had free and direct access to a range of TV telecasts related to their life: agriculture, weather, environment, school education and also entertainment.

The public response to SITE was enthusiastic, despite the frequent failures in connectivity and equipment breakdown. When the programme was discontinued after 1976 and not extended to other states, many of us felt deeply disappointed. Alas, it was dependent on an American satellite provided to India for only one year.

By October 2, 1982, colour TV had arrived in major Indian cities. At many other places, like in the Northeast, one could still access DD programmes, though it meant a large expensive ‘disc’ and a lot of acrobatic manoeuvres with long wires.

But with frequent power cuts and high maintenance costs, TV was still beyond the reach of the common man. Many residential schools did set up TV sets, showing only a Sunday film or a serial. Even if a school in the Northeast thought of screening evening news to give students an exposure to spoken English, it was at too late an hour — 9.30 pm in rural Northeast is almost midnight!

A group of schools in Arunachal Pradesh, of which I too was a managing committee member, decided that we would not buy TVs — and a head-load of problems for ourselves. “Let Doordarshan start educational programmes”, we said firmly.

Ramayana started getting serialised on DD on Sunday mornings, and later the Mahabharata. Overnight, everything — friendships, partnerships, team work — depended on whether you owned a TV set. Never were residential schools in such a dilemma! Eventually, we followed suit, permitting all our schools to set up TVs.

We also discovered the EMRC Pune telecasts from 1-2 pm, Monday to Friday. And, wholly educational! The Educational Media Research Centre’s telecasts targetted college students, and, like SITE, it covered several subjects. Many were interesting to school students and useful to teachers.

Excited, we ordered our schools to screen EMRC programmes as the students had their lunch. Here was classroom learning made appealing in the remotest corners of Arunachal, where students had not even seen a train! We brushed aside all objections and went on screening, trying not to miss interesting shows. This routine lasted a few years. I watched the programmes with students, whenever I visited a school.

Our schools did benefit in an unexpected way. We watched with curiosity as (now late) Prof M R Bhide demonstrated “vermicompositng”, and soon invited him to Arunachal to teach us the process and help us grow better vegetables. He came over and did a series of successful training sessions for our staff and the nearby villagers. That year, we got a handsome increase in our crops. And, we had introduced an agricultural innovation in our state, all from just watching TV!

Did children benefit from educational TV like the EMRC shows? It would be interesting to find out, after three decades.

As we listen to the government announcements promoting online learning during the corona crisis, a call for using TV for learning sounds feeble. One hears little about TV channels catering to students and teachers. Today, cable TV has the largest network providing content across India. Have school education agencies ever tried to rope them in telecasting learning material? Have our governments taken any measures to ensure that the cable operators did their obligatory CSR bit?

Indira Gandhi in 1972 did gift us a dream. Where did we forget to chase it?

The author is an education and library activist, with four decades of close association with the youth of Arunachal Pradesh.