At least 35 children have died so far in Firozabad since the outbreak of the “viral fever” two weeks ago. 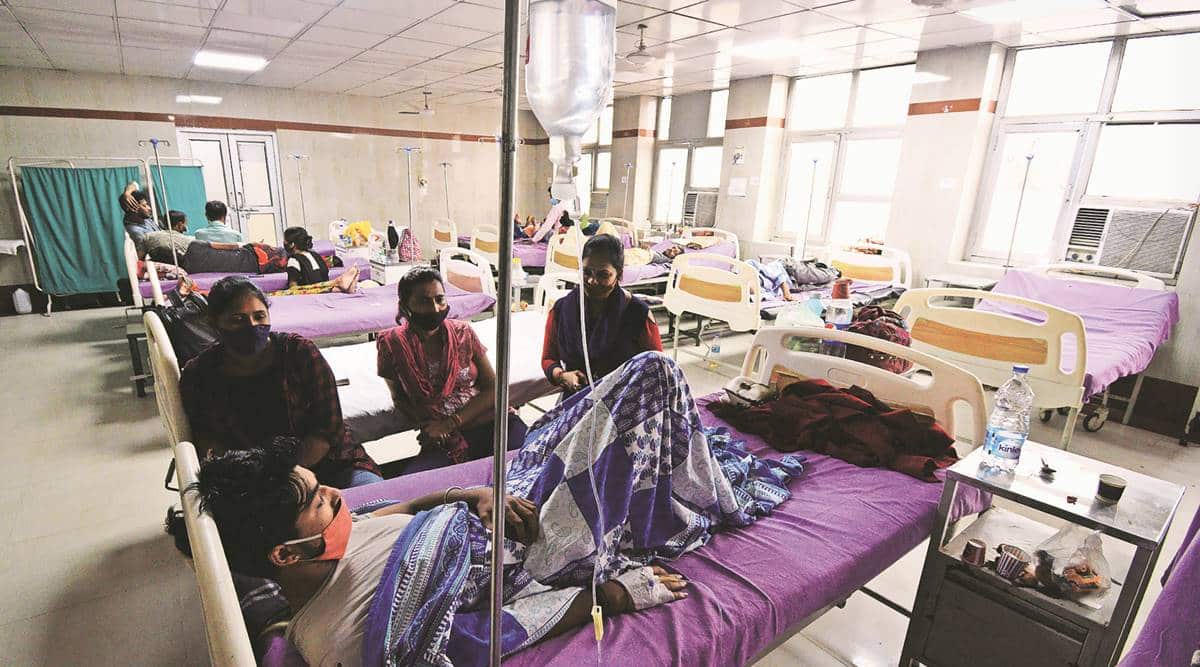 The death toll from dengue-like fever in Firozabad district climbed to 50 on Friday, officials said, adding that there was no drop in the rush of patients to the hospitals in Firozabad and adjoining districts of Mathura, Agra and Mainpuri.

“The death toll so far has crossed 50 in Firozabad district. The District Magistrate and the Chief Medical Officer are collecting relevant data and preventive measures are being ensured. The specific district outbreak is being analysed by health experts,” said Divisional Commissioner (Agra) Amit Gupta.

At least 35 children have died so far in Firozabad since the outbreak of the “viral fever” two weeks ago.

Chief Medical Officer (Firozabad) Dinesh Kumar Premi, in a statement, said that ten areas — nine blocks and a Nagar Nigam area — in the district have been affected by the viral fever. There are 36 active camps in the district and 3,719 people, including those who have fever, are undergoing treatment there, he said.

Considering the gravity of the problem, a six-member team of the Union health ministry, led by Tushar N Nale from the Department of National Centre for Disease Control, arrived in Firozabad to look into all aspects of the disease, Additional Director (Health), Agra Division, A K Singh said.

The team is conducting an in-depth investigation into primary samples and other subjects, Sangeeta Aneja, principal of the medical college said.

According to the Additional Director (Health) Agra division, out of the 49 samples sent to KGMU, Lucknow, for testing, 43 were found to be dengue positive and leptospirosis has been found in two cases.

No virus of any kind has been found in the remaining four cases, Singh said, adding that about four cases of dengue were found in Mainpuri in Agra division, but no death has been reported from there.

The CM had visited Firozabad on Monday.

The CM also instructed nodal officers in each district to carry out a four-day inspection of their region. The officials have to check preparedness against dengue, malaria, and scrub typhus, along with maintaining cleanliness, sanitation, and other facilities. The officers will have to submit a report on the existing conditions in the district, an official said.

The chief development officer (CDO) has been made the nodal officer of Firozabad district to oversee the treatment and other facilities for the patients.

The previous CMO, Neeta Kulshresth, was removed on Wednesday. On Thursday, the DM suspended three doctors on charges of negligence.