Disunity among cadre was one of the reasons for the Dravida Munnetra Kazhagam’s defeat in Coimbatore in the 2021 Assembly election, youth wing secretary and MLA Udhayanidhi Stalin said here at booth committee members’ meeting on Sunday.

“During my campaign in the run-up to the election, I could see overwhelming enthusiasm and support from voters in Coimbatore, but the result from the 10 Assembly constituencies was otherwise.”

The other reason for the party’s defeat was the money power unleashed by former Minister S.P. Velumani, Mr. Udhayanidhi alleged and appealed to the DMK members to work hard in the ensuing urban local body polls to ensure 100% victory.

The party’s Pollachi candidate for the Assembly election, Varadharajan, had referred to the disunity among cadre and called for identifying such cadre for disciplinary action.

Mr. Udhayanidhi said he would like to assure him that disciplinary action would follow and so would the action against Mr. Velumani, as said by party president M.K. Stalin during election campaign.

To reverse the DMK’s electoral fortunes here, booth committee workers should meet every voter to highlight the government’s achievements in the past eight months from bus fare waiver for women to reduction in milk price.

Mr. Udhayanidhi also said the booth committee workers should ensure that the party won all the 100 wards in Coimbatore Corporation, the mayor and deputy mayor posts, seven municipalities and all town panchayats in the district.

Minister for Electricity V. Senthilbalaji said each booth committee member should meet at least 10 families to talk to them about the government’s achievements. They should also work to enrol persons to the party so that one third of the 30 lakh voters in the district were DMK members. 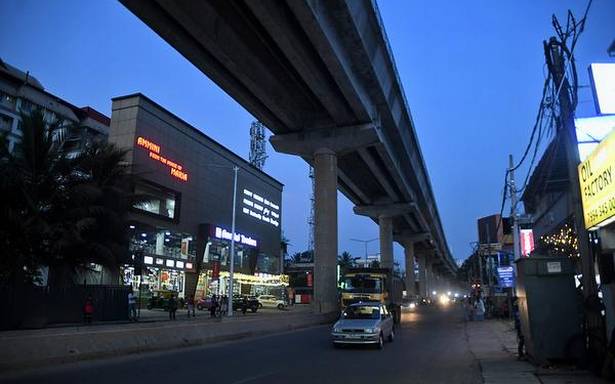 S.N. Jn. extension to be commissioned by June
Lifestyle