Part of the government initiative ‘Azadi Ka Amrit Mahotsav’ and the ‘Iconic week’ organised by the I&B Ministry, the showcase was launched in Delhi on August 27 along with a virtual film poster exhibition ‘[email protected]’ featuring iconic Indian movies. 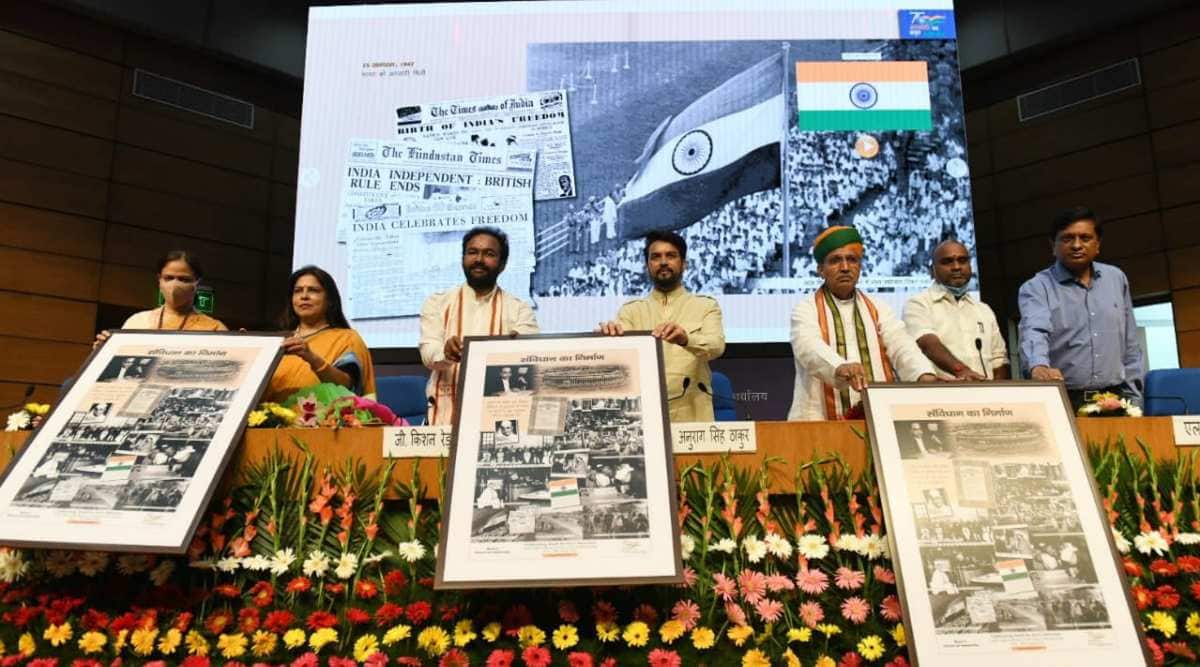 From an archival photograph of the first meeting of the Constituent Assembly held on December 9, 1946 to crowds at the Red Fort on India’s first Independence Day in 1947 and a rare video of the Republic Day celebrations at Rajpath on January 26, 1950, the e-photo exhibition ‘Making of the Constitution’ commemorates the coming together of the republic and 75 years of independent India.

Part of the government initiative ‘Azadi Ka Amrit Mahotsav’, and the ‘Iconic week’ organised by the Ministry of Information and Broadcasting, the virtual showcase was launched in Delhi on August 27 in the presence of Anurag Singh Thakur, Union Minister for Information and Broadcasting, Youth Affairs and Sports, and G Kishan Reddy, Minister of Tourism, Culture and Development of North Eastern Region of India. Also part of the inauguration were Union Ministers of State L Murugan, Arjun Ram Meghwal and Meenakshi Lekhi.

The event also saw the inauguration of the virtual film poster exhibition ‘[email protected]’ featuring iconic films of Indian cinema. The exhibition is divided into three segments: Freedom Struggle through the lens of Cinema, Cinema of Social Reform and Saluting the Brave Soldiers. “This is an opportunity to look at our films as a part of our cultural heritage. Indian films have a unique opportunity to further India’s soft power,” said Reddy.

The exhibition dedicated to the Constitution, meanwhile, brings together photographs, videos and speeches sourced from AIR archives and the Films Division. For instance, an audio of India’s first President Dr Rajendra Prasad’s speech on August 14, 1947, accompanies the text that emphasises that the Indian Constitution is the world’s lengthiest written constitution. The national anthem plays on another page and the showcase also includes a quiz.

Speaking at the event, Thakur said the government will soon launch a ‘Know Your Constitution’ programme to educate and encourage the youth to propagate principles of the Indian Constitution. The minister stated, “We have released this compilation in digital format keeping in line with our transformative digital revolution. The book will be released in eleven Indian languages along with Hindi and English. This unique collection will celebrate the various milestones of our journey to Independence”.