The Trinamool Congress (TMC) had registered a landslide victory in the West Bengal Assembly elections, winning 213 out of the 292 seats that went to polls in April-May. 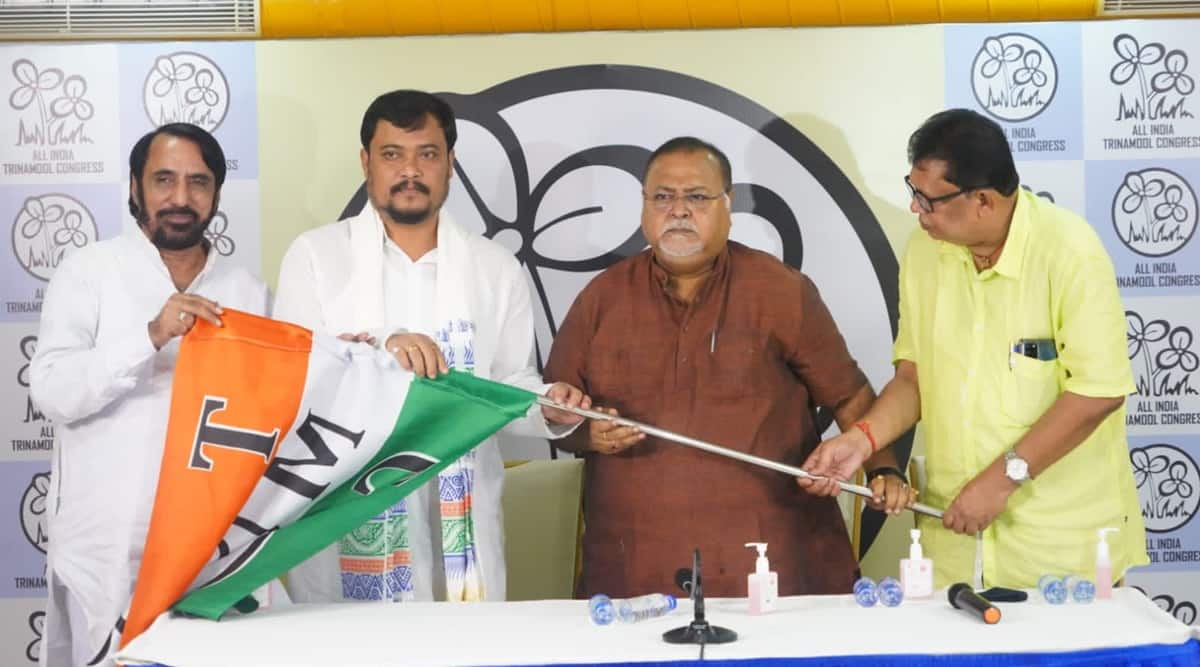 Joining the TMC in the presence of party secretary-general Partha Chatterjee, Roy said he was not comfortable in the BJP camp and that he wanted to take part in the development initiatives by Chief Minister Mamata Banerjee. Roy had won from Kaliaganj on a BJP ticket in the assembly elections.

“Though I had quit TMC, my mind and soul had remained with TMC. I do not subscribe to its (BJP) ideology,” he was quoted as saying by news agency PTI.

Reacting to Roy’s switch to the TMC, West Bengal’s opposition leader Suvendu Adhikari said that leaving the party is one’s personal decision. “But the party will seek their disqualification after asking them to explain their stand,” he added.

Earlier this week, BJP MLA Biswajit Das had re-joined the ruling TMC, saying that he decided to leave the party following some “misunderstandings” that should have never happened. BJP MLA Tanmoy Ghosh had also returned to the TMC fold alleging that the saffron party was indulging in “vindictive politics” and attempting to trigger chaos in the state.

In May, BJP national vice-president Mukul Roy re-joined TMC with son Subhrangshu after being elected on a BJP ticket from Krishnanagar South seat.

Besides the MLAs, several regional BJP leaders have also joined the TMC in the past few months. In June, eight BJP leaders had switched over to the TMC.

The TMC had registered a landslide victory in the West Bengal Assembly elections, winning 213 of the 292 assembly seats that went to the polls. The BJP had won 77 seats, while ISF and GJM bagged one seat each.