Political analysts say that the results of the Czech election also signal that the tides may be turning against a string of populist leaders, like Babis, who have risen over the decades across Central and Eastern Europe. 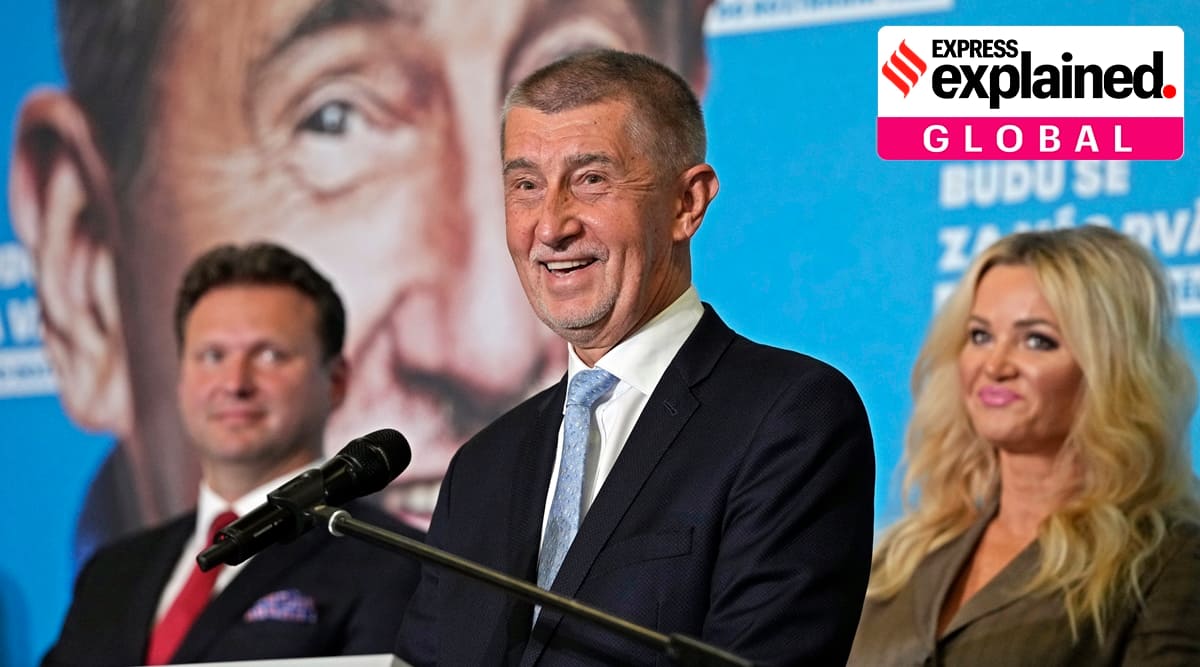 Just days before a historic parliamentary election in the Czech Republic, the country’s populist billionaire Prime Minister Andrej Babis’ name appeared in the global Pandora Papers investigation. The papers unveiled a convoluted offshore structure Babis used to purchase a £13 million mansion in France. While the Prime Minister denied allegations of corruption, the scandal contributed to his political undoing, with his centrist ANO (Yes) party narrowly losing the parliamentary election on Saturday.

Following the two-day election, the results indicated that a centre-right coalition of parties defeated the ANO party by the narrowest of margins. Babis, dubbed by some as the ‘Czech Trump’ for his anti-immigrant stance and business empire, insisted that his party had a “great result”, considering that there “were five parties against us with only one program — to take down Babis”.

Political analysts say that the results of the Czech election also signal that the tides may be turning against a string of populist leaders, like Babis, who have risen over the decades across Central and Eastern Europe. A new government will also lead to strained ties with populist parties in countries like Hungary and Poland, which have been criticised over the years for failing to uphold democratic values.

Significantly, this also marks the first time since the end of World War II that members of the successor to the Communist Party would not be represented in Czech parliament.

But first, who is Andrej Babis?

The billionaire businessman has been at the forefront of the populist wave that swept across Central Europe since 2015. While his ANO (the Association of Dissatisfied Citizens) has been part of the ruling coalition government since 2013, Babis was first elected prime minister in 2017. Fighting immigration and hostility towards the European Union were the two central tenets of his campaign. Ironically though, Babis’ firm Agrofert, an agro-chemical conglomerate, received significant support from EU funding. In 2019, the European Commission alleged that Babis was in conflict of interest because of his business empire, which was placed in trust funds. One of the Czech Republic’s richest business tycoons, he placed the business in a trust in 2017 when he was finance minister, in order to remain in office, as mandated by Czech law.

In his re-election campaign Babis sought to appeal to older voters, pledging to raise pensions and public sector wages, while sticking to his anti-immigration rhetoric and continuing to criticise the EU.

He has been criticised by his opponents for raising public debt with some of his policies, as well as for some of his business dealings.

What happened at the Czech parliamentary polls?

Babis’ party was defeated by the liberal-conservative three-party Together coalition, which captured 27.8 per cent of the vote, as compared to Babis’ 27.1 per cent vote share. In yet another blow to the populists led by Babis, the centre-left liberal coalition of the Pirate party and STAN, which comprises a group of mayors, finished third, receiving 15.6 per cent of the vote.

The five opposition parties banded together to oust the Eurosceptic prime minister from power. Their policies are markedly different from Babis’, and align more comfortably with that of the EU’s. “The two democratic coalitions have gained a majority and have a chance to form a majority government,” said Together’s leader Petr Fiala, who is also its candidate for prime minister. The winning coalition captured 71 seats, while its partner got 37, securing a comfortable majority of 108 seats.

But what led to Babis’ defeat?

It is not entirely clear what led to Babis’ defeat. Some say that his fear-mongering campaign against immigration and the EU may have backfired. Others believe it was his decision to align himself with Hungary’s far-right prime minister Viktor Orban, and even taking him along for a campaigning trip to his constituency of Usti nad Labem prior to the elections.

His latest appearance in the Pandora Papers made matters worse. But Babis denied having done “anything wrong or illegal”, alleging that the allegations were merely an attempt to influence this week’s election results. Further some analysts point towards more young voters showing up to cast their ballots this time around. A generational divide seems to exist amongst Czech voters, with older voters veering towards the ruling coalition, while young voters looking for change are more likely to vote for the opposition.

If Zeman recovers and is able to broker government negotiations, it is likely that he and Babis will stretch out talks in the hope of splitting the coalition bloc.

Babis’ sole shot at remaining prime minister diminished this week, when his close ally President Milos Zeman was rushed to hospital, critically ill. The president plays a central role in nominating any future prime minister. Prior to his bout of ill-health, Zeman had vowed to give Babis the chance to form government once again if his party won the most seats.

But with the opposition parties banding together to form a clear majority, it is almost impossible for Babis and his ANO party to remain in power.

The ANO party on Tuesday signalled that it was ready to move into opposition. “The situation has been complicated by the health of President Milos Zeman, an ally of ANO Prime Minister Andrej Babis, who appoints governments but was taken into intensive care over the weekend.His condition is stable, the hospital has said, but no other details on his diagnosis or expected stay have been given,” Babis said, according to Reuters.

What could this mean for other European populist leaders?

Babis’ decision to rope in Viktor Orban for his campaign seemed to solidify support for the opposition parties, analysts say. People feared that this indicated Babis’ hopes of moulding the Czech Republic after Orban’s Hungary.

The recent election result poses a threat to the “illiberal democracy” Orban has been single-mindedly promoting over the years, while his Fidesz party has steadily stripped away democratic values and controlled a significant chunk of the media and judiciary. Hungary’s own opposition, comprising six parties from the left, liberal and former far right, are coming together to challenge Orban next year.

The Czech Republic is not alone. The populist wave across Europe, which gained momentum post-Donald Trump’s election victory in 2016, appears to be waning. This is largely attributed to the growing unity amongst opposition parties as well as a crisis of confidence amongst nationalists following Trump’s defeat, as per a New York Times report.

In Slovenia, Prime Minister Janez Jansa, a close ally of Orban, who shares many of his anti-liberal views, has also seen his party’s approval ratings slipping. Meanwhile, around 18 months ago in Slovakia, Robert Fico, who had led the country for a decade, was replaced by a coalition of centrist and right-wing parties.