The BJP-led government does not appear keen on a caste-based census although opposition parties seem to want one. Given that OBC support for the BJP has been growing, what explains its reluctance? 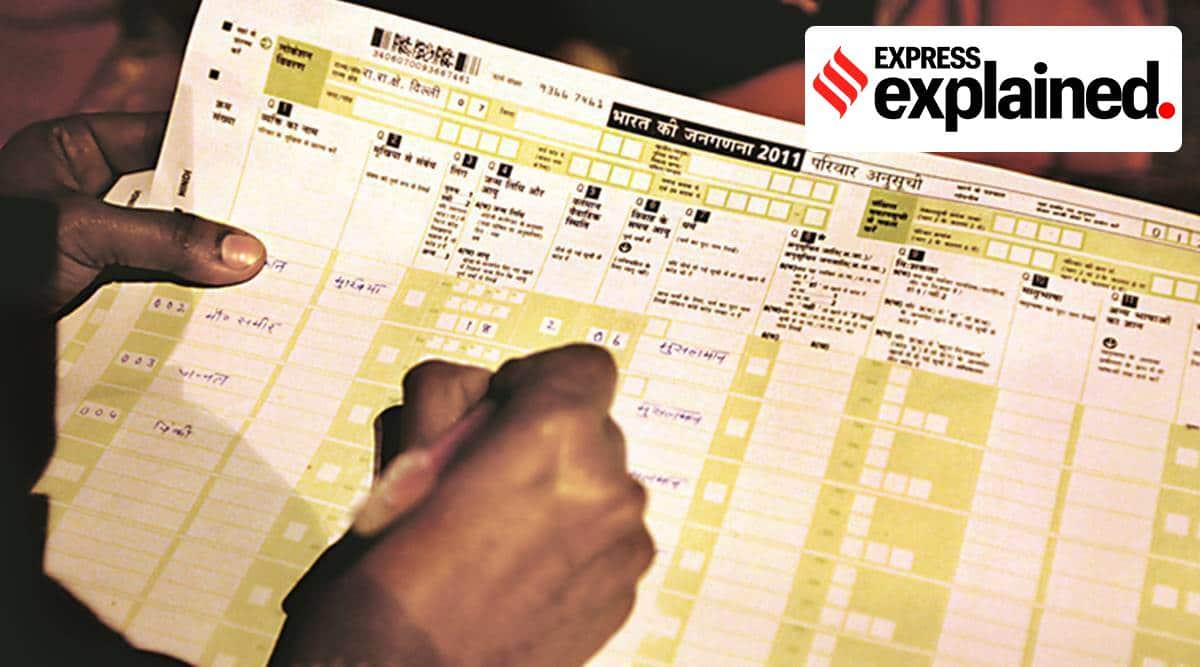 Besides other factors, the convincing victory of the BJP during the 2014 and 2019 Lok Sabha elections was possible due to significant inroads it had made among voters belonging to the Other Backward Castes (OBCs). Not that the BJP did not receive support from other caste communities: it did manage to mobilise a sizeable number of Dalits and Advasis besides consolidating its hold over its traditional supporters, the upper castes and the upper classes. And yet, the BJP-led central government seems reluctant about a caste-based census although it seems to be a unanimous demand of all opposition parties. (Table 2)

The implementation of the Mandal Commission report in the early 1990s by the V P Singh government, granting 27% reservation to OBCs in central government jobs and educational institutions, changed the nature of electoral politics in India, more so in the states of North India. Post-Mandal politics resulted in the rise of a large number of very strong regional parties, especially in states like Bihar and Uttar Pradesh. The BJP had to struggle very hard and needed many years to counter the Mandal politics with its Hindutva politics, popularly referred to as “Kamandal politics” in the late 1990s. The BJP worked hard under the leadership of L K Advani and Atal Bihari Vajpayee and won the 1998 and 1999 Lok Sabha elections. Although the BJP formed the NDA government with alliance partners, regional parties remained very strong, polling 35.5% and 33.9% votes respectively in 1998 and 1999. Even when the Congress-led UPA formed the government in 2004 and 2009, regional parties together polled 39.3% and 37.3%. Even when the BJP won a majority of its own during the 2014 Lok Sabha elections with 31% votes, regional parties together polled 39%. (Table 1) 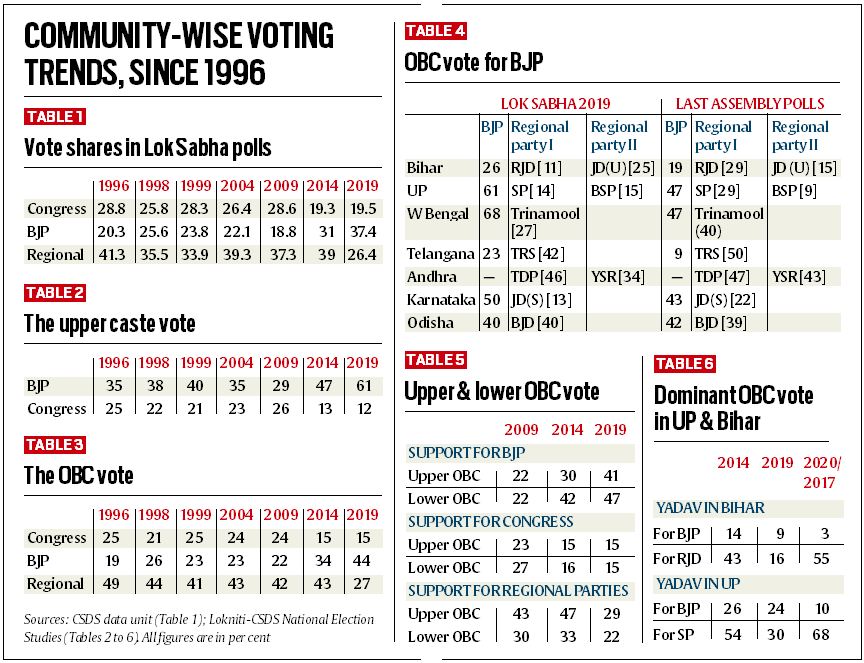 Also, the BJP has mobilised the lower OBC vote much more successfully compared to the dominant OBCs in many states in North India. So, while the BJP has reaped political benefits by making inroads among OBCs, its support base among them does not seem to be as firm as it is amongst the upper castes and upper classes, who have voted for the BJP in large numbers irrespective of the BJP’s electoral performance. During the 2019 Lok Sabha elections. 41% among the upper OBCs voted for the BJP while 47% among the lower OBCs voted for it.

The regional parties remained more popular among upper OBCs compared to lower OBCs. The Yadavs of Uttar Pradesh and Bihar, the dominant OBC caste in those stares, vote for the Samajwadi Party and the RJD in very large numbers, while the BJP has been able to successfully mobilise the lower OBC castes in these states. (Tables 5 and 6)

The reason why BJP seems reluctant about a caste census may be for fear that the numbers that might come up about different castes, especially the OBC castes, might give a new issue to the regional parties to mount pressure on the ruling party for reshaping the OBC quota in central government jobs and educational institutions. It might result in a situation of Mandal II, giving a new lease of life to many regional parties which otherwise are struggling to find a positive agenda to challenge the BJP that has dominated Indian electoral politics for the last one decade.

There seems to be a fear that the OBC figures might open up a Pandora’s box, which may be extremely difficult to handle.

Sanjay Kumar is Professor and Co-Director of Lokniti, a Research Programme at the Centre for the Study of Developing Societies (CSDS). While his core area of research is electoral politics, he has been engaged in survey-based research on a very wide range of themes — Indian youth, state of democracy in South Asia, state of Indian farmers, slums of Delhi and electoral violence.