Despite the enforcement of travel bans and screenings, there have been instances of undetected COVID-19 cases passing through borders, indicating that although these measures may temporarily delay the spread of the virus, it will not be effective in preventing its spread. 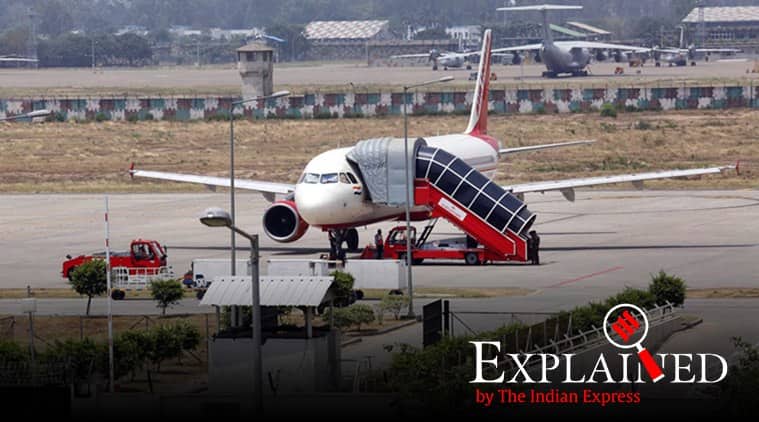 As cases of coronavirus infections have rapidly spread around the world, several countries have started imposing travel restrictions in an attempt to curb the spread of COVID-19. Governments have been responding to the threats of outbreaks in their own countries with varying degrees of caution and enforcement of public health orders.

Despite the enforcement of travel bans and screenings, there have been instances of undetected COVID-19 cases passing through borders, indicating that although these measures may temporarily delay the spread of the virus, it will not be effective in preventing its spread. As of March 13, cases of COVID-19 infections have been reported in 119 countries along with the cases on board the Diamond Princess cruise.

In January, by the time China imposed a lockdown on Wuhan, believed to be the epicenter of the outbreak, the infection may have already spread outside Hubei province. 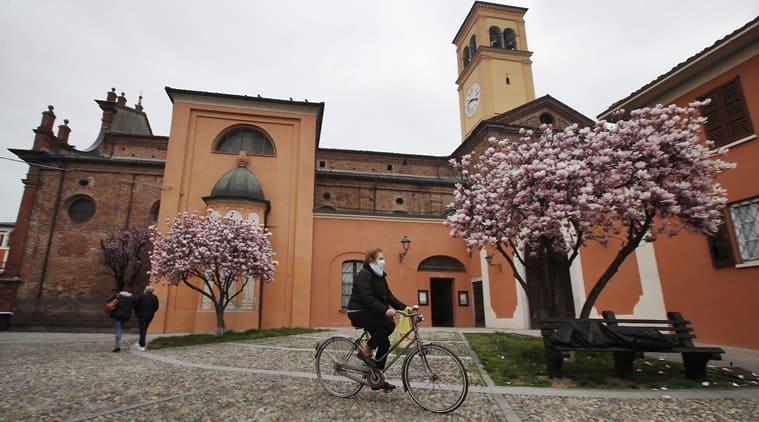 By the last week of January, COVID-19 had spread to Italy, the first cases having been reported when two Chinese tourists tested positive for the virus. The spread soon enveloped northern Italy, with the Italian government suspending all flights to China and imposing quarantines on entire towns in the region. By March, the virus had become even more widespread in the country, with the government halting all commercial activities, ordering closures of schools and colleges, only allowing the functioning of supermarkets and pharmacies. Tourist spots around the country were slowly emptied of the usual crowds that throng these famous public spaces. According to the latest update by Italian authorities, as of March 11, there have been 12,462 confirmed COVID-19 cases, along with 827 deaths, and 1,045 recoveries. After reports of widespread infections in the country emerged, nations around the world began enforcing travel bans on people travelling from Italy. While India, Israel and El Salvador have enforced total bans on travellers from Italy, regardless of citizenship. Indonesia, Singapore and Malaysia have enforced partial bans for travellers from northern Italy. Already struggling with the sanctions imposed by the US, Iran found itself caught almost unawares by the speed and intensity of the spread of the virus. In mid-February, the first reported cases in the country originated in the city of Qom, a few hours away from the capital Tehran. According to present statistics, Iran has the third-highest number of COVID-19 related deaths after China and Italy. Many countries have banned their citizens from travelling to Iran, and have halted arrivals for Iranians. India, Australia, Germany, Singapore are among the countries that had issued total temporary bans on Iranian citizens. Iranian nationals already face travel restrictions to the US and following the outbreak, Permanent Residents and US citizens must now enter using designated US airports only. Presently, South Korea has the fourth highest count in confirmed infection count, following China, Italy and Iran. This has occurred in part due to the high numbers of infected followers of the Shincheonji religious cult who contributed to the spread of the virus and the cult’s refusal to cooperate with South Korean agencies with testing and reporting their travel and medical history. According to various reports over the past month, at least 60% of the infections in South Korea may have been caused to do direct and indirect contact with Shincheonji cult members.

Don’t miss from Explained | The coronavirus dictionary: The meanings to words you are hearing a lot

South Korea’s Yonhap News Agency reported that as of March 12, 123 countries and territories had enforced restricting entry or stronger quarantine measures for people from South Korea. Many nations have extended travel restrictions to visitors of other nationalities who may have visited South Korea. As of March 3, 2020, India has suspended regular and e-visas for South Koreans issued on and before this date, through all ports of entry till further notice. Some other nations have imposed 14-day quarantine measures and partial bans on passengers arriving from South Korean cities and provinces worst hit by COVID-19.

COVID-19 spread rapidly across Europe over the past few weeks after the infection was first reported in the country in February. By mid-March, 3,148 cases were reported in Spain, along with 87 deaths. Since the first case of infection emerged in Spain, 189 are reported to have recovered. Countries have enforced varying kinds of travel bans on Spanish nationals and passengers from Spain. The first case of COVID-19 was reported in the third week of January in France, making it also the first reported case of the virus in Europe. Soon, reports emerged of others who had travelled from China, including at least two people from Wuhan. New cases began emerging among groups of people on holiday in the country and the numbers of infected individuals rapidly grew over the next few weeks. As of March 12, approximately 2,876 have been infected in France, with 61 deaths and 12 recoveries. France began banning large public gatherings in response to rising numbers of infections and schools have shut down. India has banned regular and e-visas for French citizens till further notice.

After cases of COVID-19 were first discovered in Germany in late January, the infection rapidly spread across the country, accelerating between the last week of January and early March. Chancellor of Germany, Angela Merkel faced domestic criticism for not doing enough to curb the spread of the virus, with mass closures of schools and public spaces still under discussion. As in the case of French and Spanish nationals, India has barred entry to citizens of Germany till further notice. India recorded its first death due to the coronavirus on Thursday and as of March 13, there have been 81 active cases of COVID-19, including foreign nationals. The Bureau of Immigration under the Ministry of Home Affairs issued visa restrictions on March 11, stating that all existing visas issued to foreigners have been suspended till April 15. Visa-free travel for OCI card holders will be kept in abeyance till April 15. All incoming travellers, including Indian citizens who may have visited China, Italy, Iran, South Korea, France, Spain and Germany on and after February 15, will be quarantined for 14 days. Travel through land borders in India will now be restricted to immigration checkposts, followed by medical screenings for COVID-19.

The Trump administration has faced criticism for its failures to draft policies to tackle COVID-19 cases, despite having time to prepare for a potential outbreak as the spread of the virus travelled across the world. On January 31, the US limited entry to passengers from China, Hong Kong and Macau with the exception of US citizens. The first death attributed to coronavirus in the US was reported on February 29 in Washington state, following which a state of emergency was declared in specific states across the country. Reports emerged of COVID-19 impacting people in Silicon Valley leading to closures of company offices and employees being asked to work from home.

As the number of COVID-19 cases grew, sports events were cancelled. On March 11, US President Donald Trump announced a month-long travel ban on all foreign nationals who have been in any one of the 26 European countries in the Schengen area. This ban excludes the United Kingdom. Although this ban does not apply to US citizens and US Permanent Residents, these specific travellers will be permitted entry into the country only at designated ports of entry approved by the US Government. With at least 691 known cases of COVID-19 in Japan and 16 recorded deaths as of March 15, over the past few weeks, Japan has put into place restrictions on entry of Chinese and South Korean citizens. According to Japan’s Mainichi newspaper, visas for Chinese, South Korean citizens, including Hong Kong and Macau were made invalid in an effort to curb the outbreak. Foreigners and Japanese citizens arriving from these nations will now be put into quarantine for 14 days but only if they volunteer to do so. At least 36 countries around the world have banned entry for travellers from Japan. Among them are India, South Korea, North Korea, Mongolia and several other island nations in the Asia-Pacific and the Carribean.

As of March 13, Australia has recorded approximately 160 reported cases of COVID-19 and 26 related deaths. In January, after the country began monitoring passengers arriving in the country, the first case was reported on January 25. With the subsequent rise in numbers, the Australian government announced a partial travel ban on passengers travelling from Iran, where they would have to spend 14 days in a third nation before arriving in Australia. Citizens and Permanent Residents of Australia were further asked to self-isolate for 14 days. The partial travel bans impacted the thousands of Chinese students enrolled at colleges and universities in Australia. Many students who could not afford to spend 14 days in a third country as required by the Australian government, found themselves forced to defer their studies for another semester.