Over the past two days, the minimum temperature has risen by close to four degrees, up to 10.4 degrees Celsius, but a forecast from the India Meteorological Department (IMD) shows it is expected to fall again. 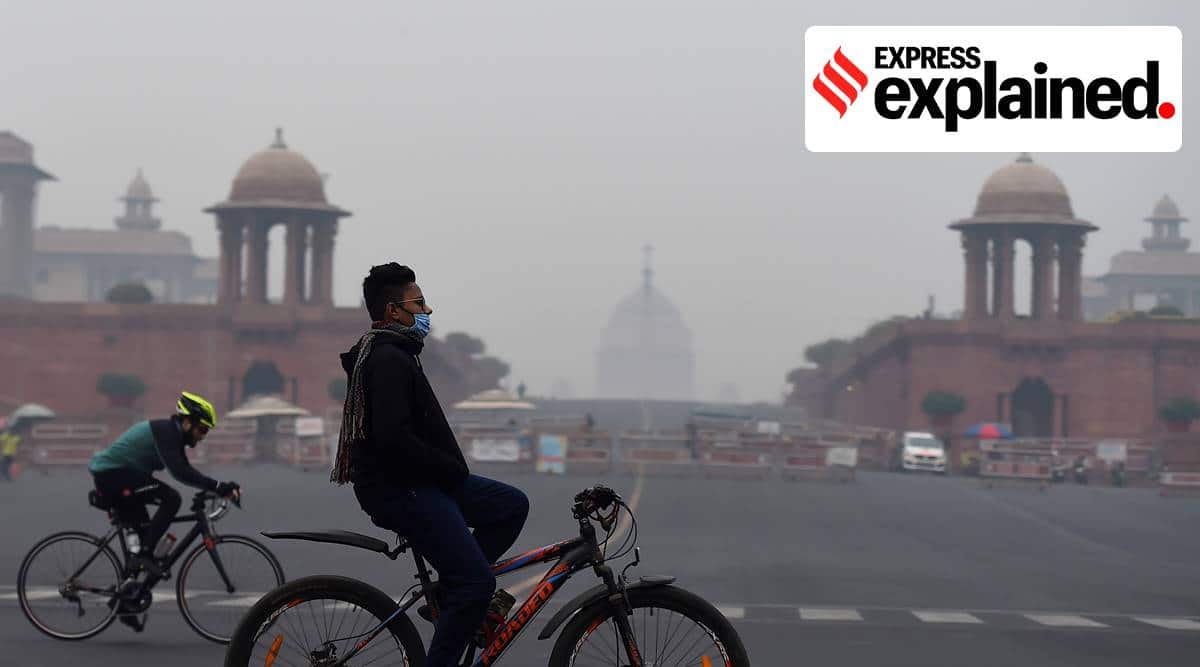 After a brief rise in night time temperatures, Delhi is bracing for another phase of near cold wave conditions in the coming days. The minimum or night time temperature in the capital rapidly fell between November 16 and November 24, reaching up to 6.3 degrees Celsius and marking a 17-year low for the current month.

Over the past two days, the minimum temperature has risen by close to four degrees, up to 10.4 degrees Celsius, but a forecast from the India Meteorological Department (IMD) shows it is expected to fall again.

What is causing the dip in temperature?

One of the main reasons is snowfall in high altitude areas north of Delhi, including places in Jammu and Kashmir, Himachal Pradesh, and Uttarakhand. Cold winds blowing from these areas lower temperature across northwest India every winter, including Delhi.

Snowfall has occurred frequently in high altitude areas since November 15 this year, which explains the drop in minimum temperature in Delhi in the following days.

This snowfall occurred under the influence of a Western Disturbance — an extra-tropical storm associated with rainfall, fog and snow in northern India — which also brought sudden showers and cloudy skies to Delhi on November 15.

When skies are cloudy, there is comparatively less solar radiation during day time, which lowers maximum temperatures.

This is also clear by the sudden three-degree drop in maximum temperature in Delhi on November 17 and 18, from 29.1 degrees Celsius to 26 degrees Celsius.

However, cloudy skies increase the minimum or night time temperature as they hinder radiation from earth to the atmosphere at night. 📣 Express Explained is now on Telegram

Clear skies have the opposite effect, which can be noted in the gradual reduction in minimum temperature recorded in Delhi after November 16 as the cloud cover moved away — from 16 degrees Celsius to 6.3 degrees Celsius on November 23, which was five degrees below normal for this time of the year.

What is a cold wave?

In Delhi, barring November 16 and November 17, the night time temperature has remained below normal this month so far, a trend which IMD officials have forecast for the rest of winter.

A reason behind this below-normal drop in temperatures is also explained by the climate pattern La Niña, which has developed this year, according to a statement issued by the World Meteorological Organisation (WMO) on October 29.

La Niña refers to the large-scale cooling of the ocean-surface temperatures in the central and eastern equatorial Pacific Ocean, coupled with changes in the tropical atmospheric circulation, namely winds, pressure and rainfall, as per the WMO.

WMO Secretary-General Professor Petteri Taalas said in a press statement on October 29, “La Niña typically has a cooling effect on global temperatures, but this is more than offset by the heat trapped in our atmosphere by greenhouse gases. Therefore, 2020 remains on track to be one of the warmest years on record and 2016-2020 is expected to be the warmest five-year period on record.”

What can be expected in the coming days?

Severe cold day conditions — when maximum temperature drops to 16 degrees Celsius or less in the plains — were noted in some places in Punjab and Haryana on Wednesday, as per the IMD.

Snowfall was also noted at places in Jammu and Kashmir, Himachal Pradesh and Uttarakhand on Wednesday.

The wind direction over Delhi, which had changed to easterly Tuesday onwards, causing a slight rise in minimum temperature, is forecast to change to northwesterly Friday onwards, which will pass through the high-altitude areas before coming to the capital.

Therefore, the IMD has forecast that the minimum temperature in Delhi will drop to 8 degrees Celsius on Friday, and to 6 degrees Celsius by November 30. It has also forecast cold wave conditions in Haryana, Chandigarh and Delhi on Friday and Saturday.

A fall in maximum or day time temperatures is also expected in December, as per IMD officials.