US central bank's statement reiterating that it would maintain an ‘accommodative stance’ until inflation and employment targets had been met, boosted markets in India on Thursday. 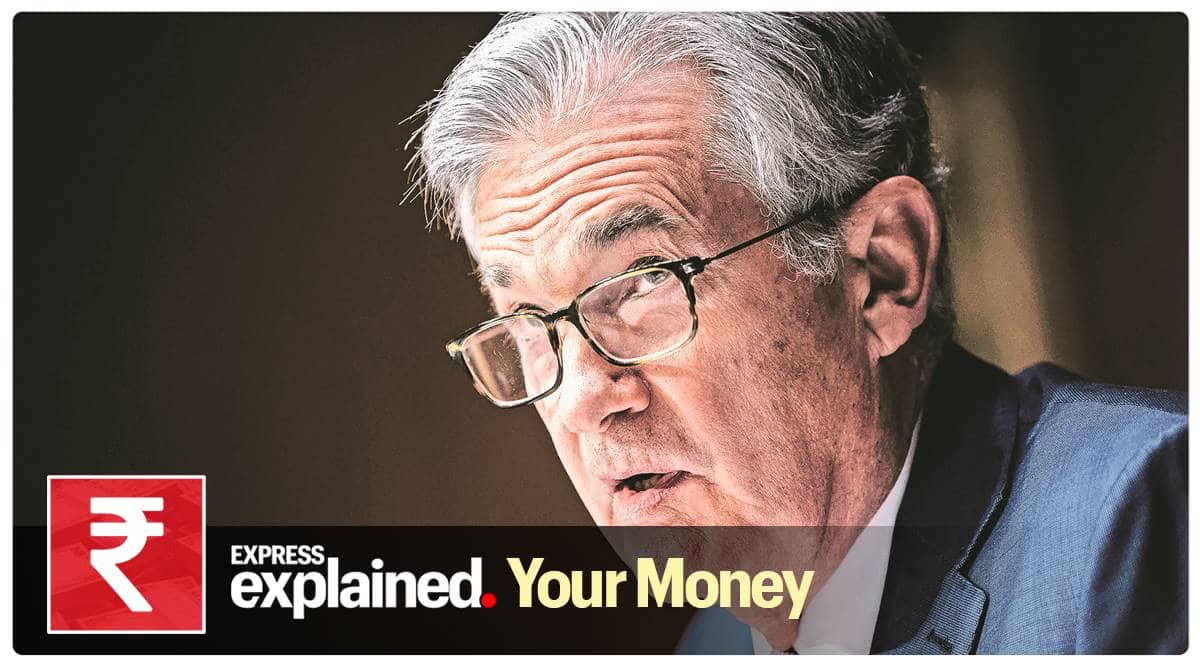 Stock Exchanges that were nervous ahead of the Federal Reserve’s meeting on Wednesday cheered the US central bank’s statement reiterating that it would maintain an ‘accommodative stance’ until inflation and employment targets had been met.

Indications that rates may be raised towards the end of 2022, and that the tapering of the Fed’s bond purchase programme would be gradual and spread into the middle of next year, have brought comfort to market participants.

The Sensex at the Bombay Stock Exchange on Thursday jumped 958 points (1.6 per cent), closing at a new high of 59,885. The broader Nifty at the National Stock Exchange rose by 1.57 per cent, to close at 17,882. The markets have also reflected the waning of concerns over possible default on debt repayment by the Chinese real estate giant Evergrande.

What did the Federal Reserve say?

Even as it outlined the risks to economic outlook in line with the course of the coronavirus, the Federal Reserve, in its statement issued on Wednesday, said it would continue to “maintain an accommodative stance of monetary policy” until it achieves an inflation moderately above 2 per cent.

The Federal Open Market Committee (FOMC), which sets US monetary policy, has decided to keep the target range for the federal funds rate at 0 to 1/4 per cent. It “expects it will be appropriate to maintain this target range until labour market conditions have reached levels consistent with the Committee’s assessments of maximum employment and inflation has risen to 2 per cent, and is on track to moderately exceed 2 per cent for some time”.

What did the Fed say on the infusion of liquidity?

Markets expect the Fed to start the tapering process from November, which may lead to a slowing of the flow of liquidity. Markets have risen significantly on account of excess liquidity worldwide, which has been channelled into equity markets; a slowing of the bond-buying programme will reduce its availability, and diversion into the markets.

What does the Fed’s decision mean?

Asset purchases could decline by $15 billion per month, and an end to asset purchases by mid-2022 will strengthen the case for raising rates in 2023. The updated Summary of Economic Projections now implies three rate hikes by 25 basis points in 2023, and the Fed is split over delivering the first increase in 2022.

Inflation of over 2% is firmly signalled for the entire forecast horizon that had been extended until 2024. “We expect the Federal Reserve to act on the dovish side of the median of the new projection, as Chairman Powell most likely favours hiking rates in 2023. The more hawkish outcome of the FOMC meeting is seen as a sign of strength that the US economic recovery and reflation of the economy is on the right path. The indicated more aggressive interest-rate path is supportive for the US dollar in the short term,” David Kohl, chief economist at Julius Baer, said. 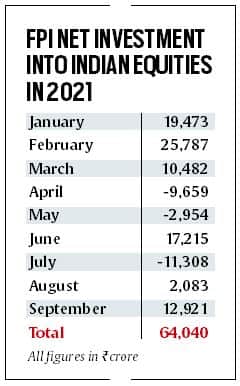 Analysts say the tapering is likely to be calibrated, and non-disruptive for financial markets — which means foreign investors are unlikely to suddenly exit India. The RBI’s monetary policy and unwinding measures will likely be in line with the US tapering decision.

Why did the markets rise on Thursday?

That had more to do with the Fed’s statement on raising interest rates — the markets derived comfort from the continuation of the accommodative monetary policy stance for now.

Market participants believe that interest rate hikes are still some time away — which is good for Indian equities. Low interest rates in the US will ensure continued fund flows from foreign portfolio investors (FPIs) into Indian equities, while existing investments will likely stay put for now. FPI flows into Indian equities amounted to Rs 2,083 crore in August; it has risen sharply in September, and stood at a net of Rs 12,921 crore on Thursday.

In its last policy statement, the Fed delinked tapering and rate hikes; on Wednesday, it put stringent conditions with respect to inflation and employment for a rate increase. Many feel it may be some time before employment targets are achieved — there is, thus, hope that a rate hike could be 12-15 months away.

“The comfort came from Fed’s indication that tapering will not be sudden when it starts in November and will continue till June 2022, and also from the fact that the committee has laid down stringent conditions for a rate hike. I think that the rate hike will only start towards the end of calendar 2022,” Pankaj Pandey, head of research at ICICIdirect.com, said.

Improving domestic economic conditions, the rising pace of vaccination, and the reduction of concern around Evergrande, also boosted the markets.

Where are markets headed now?

There is a consensus among participants that domestic markets will ride more on local factors going forward. There is hope that faster vaccination will result in a milder third wave of Covid if it strikes, and that the economy will witness further reopening and faster consumption-driven growth.

The head of a leading global financial services firm said consumption is expected to increase closer to Diwali, and credit growth will see a pick-up over the next two months. Over the last couple of weeks, banks and housing finance companies have announced cuts in home loan rates in anticipation of increased demand in the housing sector. If the RBI’s liquidity unwinding comes in 2022-23, fund flow into markets is will also likely come down.

While markets are expected to remain strong, it is important to note that high valuations will keep participants on the edge, and any adverse news may lead to sharp reactions.

“This bull market has been an almost one-way street for almost 18 months now. More importantly, this is almost a global phenomenon with China, Hong Kong, and a few other countries being the only exceptions,” V K Vijayakumar, chief investment strategist at Geojit Financial Services, said.

Earlier this week, fears of Evergrande defaulting spooked markets worldwide. While the markets recovered over the next couple of sessions, retail investors should either invest through mutual funds, or go with fundamentally strong, big companies. They should also not get carried away by daily news flows; long-term investors need not lose sleep over intra-day or weekly market movements.