Syukuro Manabe, a pioneer in the field, shares one half of the Physics Nobel with fellow climate scientist Klaus Hasselmann, while Georgio Parisi wins the other half for his work on complex systems. 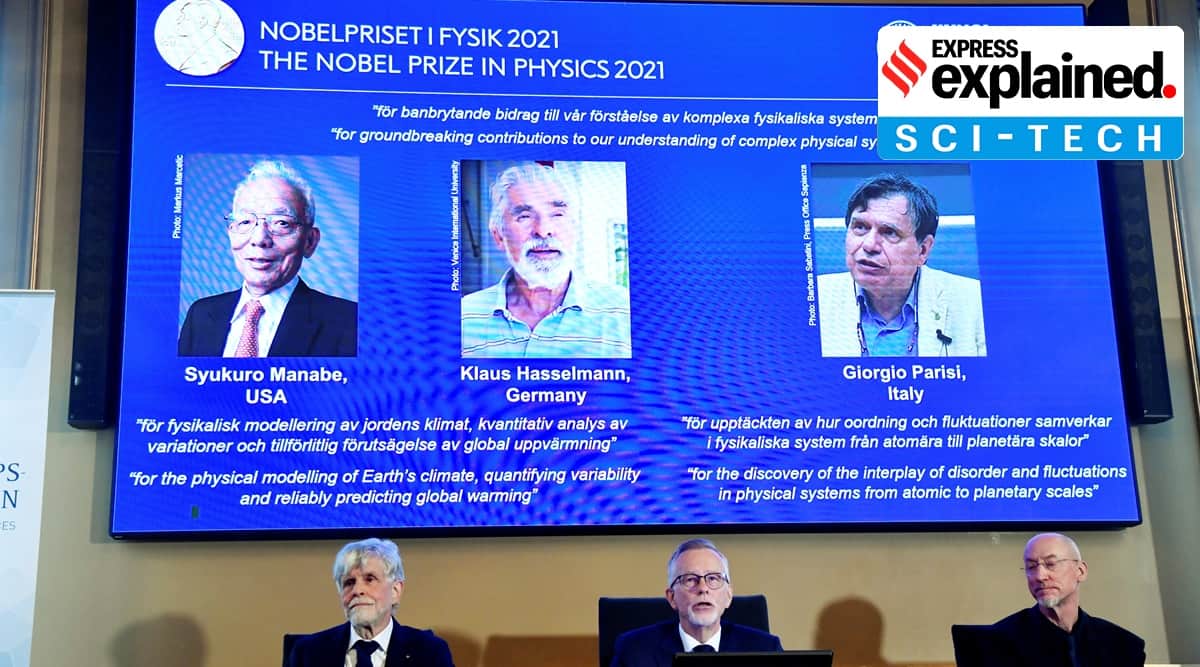 In 2015, Carbon Brief, a UK-based climate-focused online publication, asked the main authors of the fifth assessment report of the Intergovernmental Panel on Climate Change (IPCC) to identify the three most influential climate change research papers ever published. The paper that receivaed the most votes was one by Syukuro Manabe and Richard Wetherald way back in 1967, that, for the first time, had described the impact of carbon dioxide and water vapour on global warming.

The influence of Manabe, now 90, on climate science and its practitioners has been unparalleled. On Tuesday, he was awarded the Nobel Prize for Physics (Wetherland died in 2011). Manabe shared one half of the prize with Klaus Hasselmann, another climate scientist, while the other half went to Georgio Parisi for his contributions in advancing the understanding of complex systems . These are systems with a very high degree of randomness; weather and climate phenomena are examples of complex systems. The Nobel Prize Committee said the Physics Prize this year was given for “groundbreaking contributions to our understanding of complex systems”.

This is the first time climate scientists have been awarded the Physics Nobel. The IPCC had won the Peace Nobel in 2007, an acknowledgement of its efforts in creating awareness for the fight against climate change, while a Chemistry Nobel to Paul Crutzen in 1995, for his work on the ozone layer, is considered the only other time someone from atmospheric sciences has won this honour.

The recognition of Manabe and Hasselmann, therefore, is being seen as an acknowledgment of the importance that climate science holds in today’s world.

“That 1967 paper was seminal work. It was the first description of the processes of global warming. Manabe and Wetherland also created a climate model for the first time. The sophisticated models that we run today, which are so crucial to climate science, trace their ancestry to that model created by Manabe. He was a pioneer in so many ways, and the father of climate modelling,” said R Krishnan, director of Centre of Climate Change Research at Pune’s Indian Institute of Tropical Meteorology.

Krishnan had worked with Manabe at the Frontier Research Centre for Global Change in Japan in the late 1990s. Manabe, a Japanese, spent most of his career at the Geophysical Fluid Dynamics Laboratory at Princeton University in the United States.

“He did not have the Nobel Prize then, but was a towering influence nonetheless. He, and others, had considerably improved the climate models by that time. Manabe was also instrumental in developing the first coupled model, in which ocean and atmospheric interactions are modelled together, in the 1970s. I remember in a couple of conversations, Manabe also spoke about Hasselmann’s work with a lot of appreciation,” Krishnan said.

Hasselmann, a German, who too is now 90, is an oceanographer who ventured into climate science. He is best known for his work on identifying specific signatures, or “fingerprints” as the Nobel committee called them, in the climate phenomena that enabled scientists to ascertain whether these were caused by natural processes or human activities.

“Hasselmann enabled the field of attribution science. In the 1990s, and even in the early 2000s, there was a lot of debate over the cause of global warming – whether these were being driven by human activities, or were part of natural variability. Even the scientific world was divided. The second or third assessment reports of IPCC were very circumspect in blaming human activities for rising temperatures. Hasselmann’s work on identifying these fingerprints has all but closed that debate now. If you look at the IPCC’s sixth assessment report which came out earlier this year, it is unequivocal in saying that climate change is occurring because of human activities,” said Bala Govindasamy, a professor at the Centre for Atmospheric and Oceanic Sciences at the Indian Institute of Science, Bengaluru, and one of the contributors to the sixth assessment report. Govindasamy has worked with Manabe at the laboratory in Princeton University. “As public awareness of climate change grows, it is encouraging to see the Nobel Physics Prize recognising the work of scientists who have contributed so much to our understanding of climate change, including two IPCC authors — Syukuro Manabe and Klaus Hasselmann,” the IPCC said in a statement.

Several scientists said that the delayed recognition to climate science couldn’t have come at a more appropriate time.

“Climate change is the biggest crisis facing the world, and the humanity, today. Unfortunately, there still are some people, and governments, that are not convinced of the reality, although that is changing quickly. Apart from the fact that the recognition of Manabe and Hasselmann is richly deserved and long awaited, this Nobel Prize will, hopefully, also help in more people believing in climate science,” said M Rajeevan, former Secretary in the Ministry of Earth Sciences.

Krishnan said that until very recently, climate science was not considered important even in scientific circles. “Perhaps that was because our weather forecasts were not very accurate. Not everyone appreciated the fact that this science itself was uncertain and chaotic. Climate science never had the aura of particle physics or string theory, for example. But that perception is changing now. Weather forecasts have become far more accurate, the evidence on climate change have been compelling, thanks to the works of scientists like Manabe and Hasselmann. This Nobel Prize would probably help in further mainstreaming of climate science,” he said.