A feminist icon and a political activist, Kahlo remains an enigma who has attained high pop culture status — leading the term "Fridamania”, appearing on innumerable products including a Barbie doll and a US postage stamp, and as the subject of the 2002 American biopic, 'Frida'. 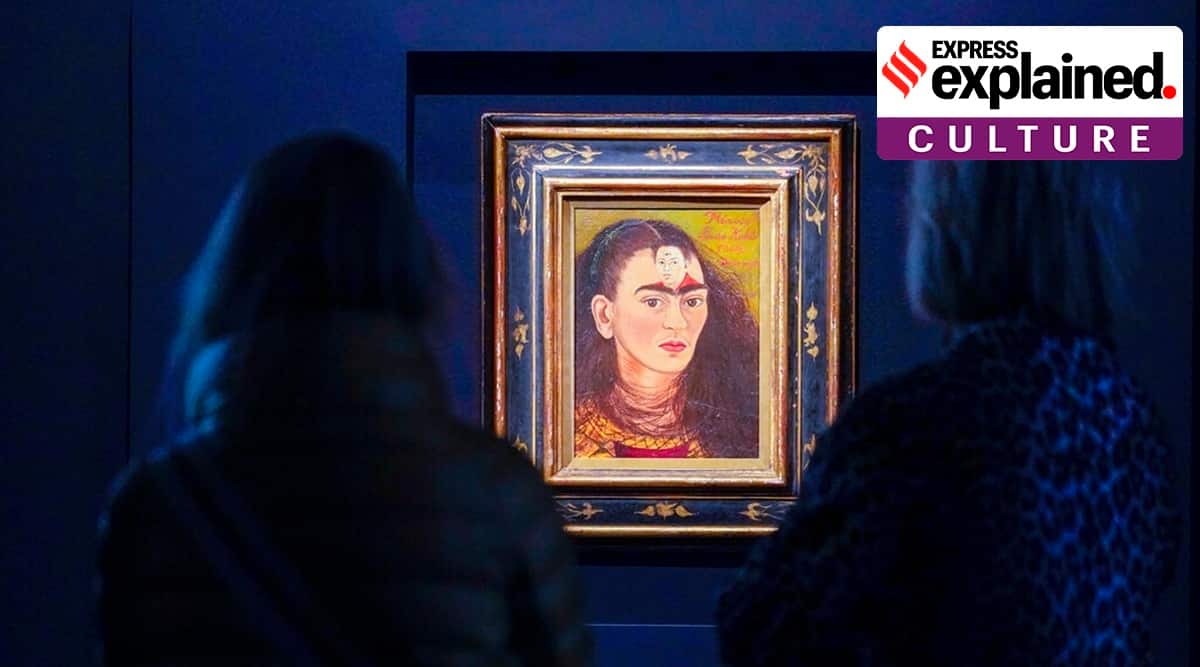 When Frida Kahlo’s 1949 oil painting ‘Diego and I’ sold for $34.9 million at a Sotheby’s auction in New York this Tuesday (November 16), it became the most valuable work of Latin American art ever sold at an auction.

One of her last self-portraits, which perhaps also refers to her troubled marriage with fellow artist Diego Rivera — with the latter appearing on the forehead of a weeping and sombre Kahlo — was painted a few years before her demise in 1954.

Considered one of Mexico’s greatest artists, she painted intensely personal work that was often bold and vibrant. Described as a surrealist, she drew from Mexican culture, folk art, and her own predicaments. A feminist icon and a political activist, she remains an enigma who has attained high pop culture status — leading the term “Fridamania”, appearing on innumerable products including a Barbie doll and a US postage stamp, and as the subject of the 2002 American biopic, ‘Frida’.

The third of four daughters born to a German-Hungarian Jewish father and Mexican mother of Spanish descent, Frida Kahlo lived a comfortable childhood in Mexico.

As a child, she aspired to become a doctor, and her initiation into art began with her assisting her father, a photographer, in developing images. She also received guidance from her father’s friend, the printmaker Fernando Fernandez.

Diagnosed with polio at the age of six, Frida was bedridden for months, and the ailment was to impact her entire life, with her right leg severely deformed.

In 1922, she was admitted to the prestigious National Preparatory School in Mexico City. A revolutionary artist who was proficient in Spanish, English, and German, Frida became a member of the ‘Los Cachuchas’, a radical group that discussed socialist ideals.

It was during this time that she met her first boyfriend, law student Alejandro Gomez Arias. The relationship ended after a bus accident, as a result of which Kahlo was confined to hospital for months with multiple fractures, and underwent surgery for spinal injuries.

She spent a lot of her time painting, including numerous self-portraits that she made looking at a mirror. She famously once stated, “I paint myself because I am often alone and I am the subject I know best.”

In the late 1920s, Kahlo became a member of the Young Communist League, followed by the Mexican Communist Party. 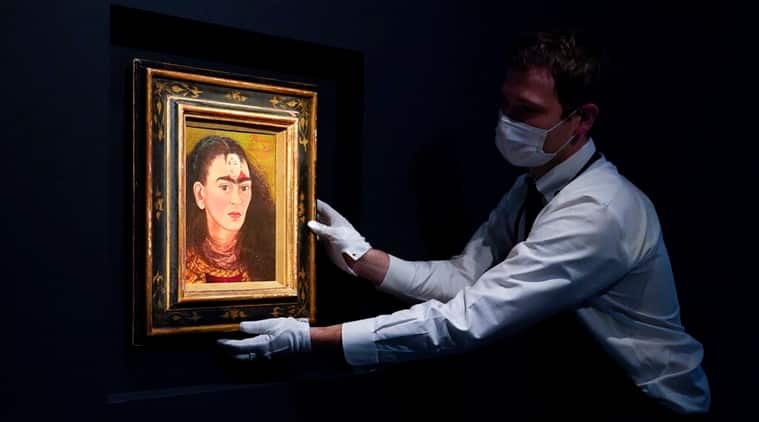 At the age of 22, she married the Mexican muralist Diego Rivera, who was more than 20 years her senior. While the two shared common political ideals and travelled together across the United States, the marriage was turbulent, and rife with infidelity. They divorced in 1939, only to remarry in 1940.

While Rivera was the more famed artist at the time, Kahlo’s work had begun to draw attention too — and she soon received several commissions. In 1938, the Julien Levy Gallery in New York organised her first solo, where nearly half of the works were sold, and in the following years, she exhibited across the world.

She also joined the Seminary of Mexican Culture as a founding member, and in 1943 began teaching at La Esmeralda in Mexico City. While her medical condition had her living in constant pain, she had her first solo in Mexico just a year before her demise, organised by the photographer Lola Alvarez at the Galería Arte Contemporaneo in 1953. Frida Kahlo arrived at the gallery on a stretcher in an ambulance.

Although she was often described as a surrealist, the artist herself is reported to have stated: “They thought I was a surrealist, but I wasn’t. I never painted dreams. I painted my own reality.”

Deeply influenced by Mexican culture, her colour palette was bright, and she often turned to symbolism — from trees representing hope to monkeys, which in Mexican mythology represent lust.

While the pain she suffered through her life remained a constant theme in her depictions, she painted only around 200 works — primarily still life and self-portraits that were at times impassive, on other occasions revealing, giving an insight into her tragic life and feelings of love and loss.

When the Louvre Museum acquired her painting ‘The Frame’ in 1939, it was recognised as the first work by a 20th-century Mexican artist to be purchased by a major international museum. In 2016, her 1939 painting ‘Two Nudes in the Forest’ sold for $8 million at a Christie’s auction, setting a record for the artist.

Some of her most recognised works, not surprisingly, are self-portraits — from the 1940 ‘Self-Portrait with Thorn Necklace and Hummingbird’, with the artist wearing thorns and crowned by butterflies, surrounded in the greens, with a monkey and black cat, to the 1939 ‘The Two Fridas’, a double portrait, with her as a traditionally dressed heartbroken woman and one with a complete heart, wearing a modern Mexican dress.

In the 1940 ‘Self Portrait with Cropped Hair’ she experimented with a masculine look, and the 1946 ‘The Wounded Deer’ represented her turmoil with her head on a young deer wounded with arrows.