🔴 A question by Rajya Sabha MP Venugopal, listed for a reply, has been removed. What are the rules for raising, admitting and answering questions in either House? 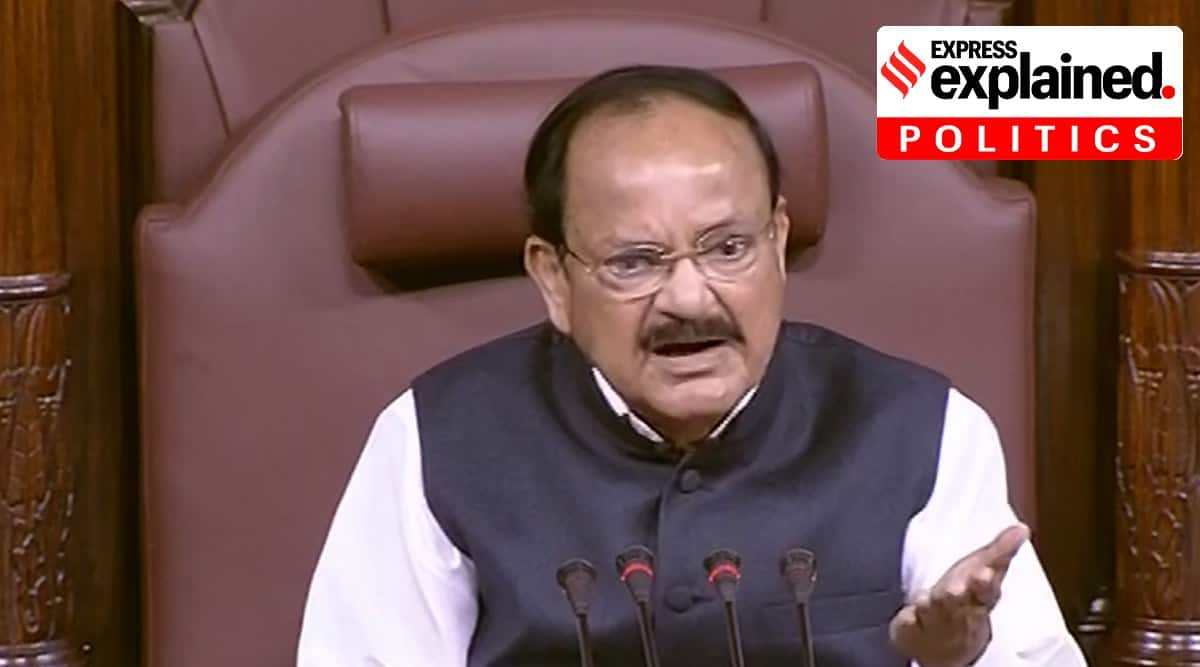 On Tuesday, The Indian Express reported how a question by Congress MP K C Venugopal in Rajya Sabha, scheduled to be answered on December 2, was removed from the list of finally admitted questions. His question was whether NRIs were harassed at airports and sent back, and some even asked by authorities to stop helping the farmers’ agitation,

And on Wednesday, BJP MP Subramanian Swamy said a question he had raised was disallowed. “It is hilarious if not tragic for Rajya Sabha Secretariat to inform me today that my Question whether the Chinese have crossed the LAC in Ladakh, cannot be allowed “because of national interest!!!”, he tweeted.

Over the last few sessions, MPs mainly from the Opposition have often alleged their questions have been disallowed.

How are questions admitted?

Usually, MPs’ questions form a long list, which then go through a rigorous process of clearance. The admissibility of questions in Rajya Sabha is governed by Rules 47-50 of the Rules of Procedure and Conduct of Business in the Council of States. Once a question that fulfils the conditions of admissibility is received, the Secretariat sends it to the ministry concerned. Once the facts are received from the ministry, the question is further examined for admissibility. A final list of questions is circulated to ministers, on the basis of which they frame their answers.

In Lok Sabha, once the notice for questions is received, ballots determine priority. Starred, unstarred and short notice questions are entered into software, separately. Next, the questions are examined for admissibility under Rules 41-44 of the Rules of Procedure and Conduct of Business in Lok Sabha.

What are starred, unstarred and other categories of questions?

STARRED QUESTION: The member desires an oral answer from the minister. Such a question is distinguished by the MP with an asterisk. The answer can also be followed by supplementary questions from members.

UNSTARRED QUESTION: The MP seeks a written answer, which is deemed to be laid on the table of the House by the concerned minister.

SHORT NOTICE QUESTION: These are on an urgent matter of public importance, and an oral answer is sought. A notice of less than 10 days is prescribed as the minimum period for asking such a question.

QUESTION TO PRIVATE MEMBER: A question can be addressed to a private member under Rule 40 of Lok Sabha’s Rules of Procedure, or under Rule 48 of Rajya Sabha’s Rules, provided that the question deals with a subject relating to some Bill, resolution or other matter for which that member is responsible.

When are the questions asked?

In both Houses, the first hour of every sitting is usually devoted to asking and answering of questions, and this is referred to as the ‘Question Hour’.

What kind of questions can be asked?

Their admissibility is governed by Rules 47-50 (Rajya Sabha) and 41-44 (Lok Sabha). The Rajya Sabha Chairman or the Lok Sabha Speaker has the authority to decide whether a question or a part is or is not admissible under the norms of the House, and disallow any question or a part.

In Rajya Sabha, among various norms, the question “shall be pointed, specific and confined to one issue only; it shall not bring in any name or statement not strictly necessary to make the question intelligible; if it contains a statement the member shall make himself responsible for the accuracy of the statement; it shall not contain arguments, inferences, ironical expressions, imputations, epithets or defamatory statements”.

In Lok Sabha, questions that are not admitted include: those that are repetitive or have been answered previously; and matters that are pending for judgment before any court of law or under consideration before a Parliamentary Committee.

How often are questions disallowed?

During the Monsoon Session this year:

“Question were earlier disallowed very rarely; such instances are getting more regular. Many questions are being disallowed whether it is a sub judice matter or a matter of national security… We used to allow questions regularly and only when a serious issue would come up would the government make a request to the Speaker or the Rajya Sabha Chairman,” said P D T Acharya, a former Lok Sabha general secretary.

“The concerned officials also should give a good reason on why a question should be disallowed… The reason also cannot be accessed through RTIs due to privilege of the House — tough to take it to court as well. Once a question is disallowed, it is disallowed, and there is no way to contest that,” he said.