There are now 75 AY lineages identified, each with different additional defining mutations in their genome. One of these “AY.4” has been steadily growing in proportion in the UK over the last few months, accounting for 63% of new UK cases in the last 28 days. 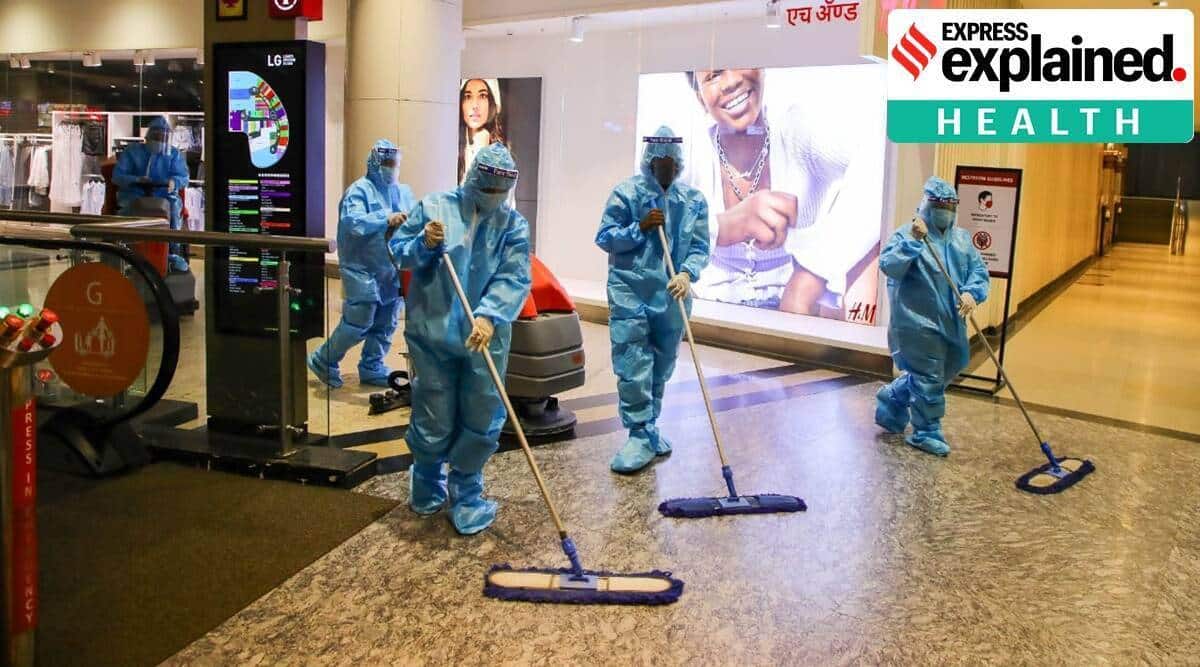 No sooner than you thought all the talk of new COVID variants was over, there’s news of yet another one: AY.4.2. But what is it, where did it come from, and should we be concerned?

AY.4.2 is what’s termed a “lineage”. These are labels given to branches of the COVID evolutionary tree to illustrate their relatedness. They are overseen by the diligent Pango network, a joint team of researchers from the universities of Edinburgh and Oxford, who act as the custodians of lineages and handle the assignment of new ones.

If we go back to April of this year, we can trace the origins of AY.4.2. Our team in Northumbria, working as part of Cog-UK, the British consortium that sequences the genomes of COVID samples to see how the virus is changing, had just sequenced two samples connected via travel history to India.

At the time we knew the lineage circulating in India was B.1.617, but the cases we had sampled didn’t match this. Variants are distinguished by the different mutations they have in their genetic material and, looking at the mutations in our samples, it appeared our cases were missing some of the commonly accepted mutations of B.1.617 but also had some additional ones.

What we were reporting to colleagues in Cog-UK was classified the following week as B.1.617.2, one of three main sub-lineages of B.1.617, and which was later named delta by the World Health Organization.

AY is a further evolutionary step forward from here. Once a lineage’s labelling gets five levels deep, a new letter combination is started to avoid the name getting too long. So the AY forms of the virus aren’t vastly different from what’s come before, even though their labelling is different. They are all sub-lineages of delta.

There are now 75 AY lineages identified, each with different additional defining mutations in their genome. One of these “AY.4” has been steadily growing in proportion in the UK over the last few months, accounting for 63% of new UK cases in the last 28 days.

Does AY.4 have an advantage?

We’re still not sure if AY.4’s mutations confer a genuine advantage or if the increasing frequency of the lineage is simply down to what’s called a “founder effect”. This is when a subset of viruses get separated from the overall viral population, and then reproduce in isolation. In the area where the separated viruses are, all subsequent viruses will therefore be descendants of this subset.

With COVID, this might have happened by there being a single case at a large event. This lone virus would have been the “founder”, the only virus spreading at the event. If it infected a sizeable number of people, who later infected others, this may have quickly built up a large amount of virus all from the same origin. Sometimes, for a certain form of a virus to dominate, it doesn’t have to be better than others, it simply needs to be in the right place at the right time.

But, given its rise to dominance in the UK, AY.4 might well have a selective advantage. The defining change in AY.4 is the mutation A1711V, which affects the virus’s Nsp3 protein, which plays a number of roles in viral replication. However, the impact of this mutation is unknown.

This brings us to AY.4.2 “a sub-lineage of AY.4” which was first noted at the end of September, though it appears it surfaced in the UK around June. It’s defined by two additional genetic mutations, Y145H and A222V, that affect the spike protein. The spike protein is a key part of the virus’s outer surface, and is the part of its structure that it uses to get inside cells.

AY.4.2 has grown steadily in volume to the point where it now accounts for about 9% of UK cases in the last 28 days. It has also been observed in a few European nations: Denmark, Germany and Ireland, to name a few.

But whether its two mutations offer the virus a selective advantage is unclear as well. A222V was previously seen last year in the B.1.177 lineage that probably emerged in Spain and was then spread across northern Europe, most likely by holidaymakers. At the time, many were sceptical that A222V conferred an advantage. Indeed, the increase in the form of the virus that’s become known as AY.4.2 seems to have only occurred since it acquired its Y145H mutation.

This mutation is within an “antigenic supersite” of the spike protein, a part of the protein that antibodies frequently recognise and target. We know that this part of the spike protein has already been modified once before by a mutation in delta’s genetic material, and that this possibly contributes to delta’s greater ability to escape immunity, as antibodies have a harder time targeting it as a result. However, the research exploring this is still in preprint, meaning it is yet to be formally reviewed so we need to treat its findings with caution.

But it’s therefore possible the Y145H mutation could give the virus an even greater ability to escape immunity by making this supersite less recognisable to antibodies.

The counterargument is that, despite introduction into several European countries, AY.4.2 has failed to take hold, dropping off the radar in Germany and Ireland, though it is lingering in Denmark. This would suggest its ability to get around immunity isn’t any greater than delta’s. Equally, it might just be that there wasn’t enough of AY.4.2 arriving in these places for it to take hold.

Really, it’s too early to tell if this is the beginning of the next dominant lineage. Any ability it might have to escape immunity needs to be confirmed by experimental work. Clearly, though, it’s emergence shows that there’s a continued need for genomic surveillance of the virus.