Before 2008, when the global financial crisis hit, the country had an estimated fertility rate of 2.1, which is considered sufficient for replacing the existing population. That rate has now dropped to 1.6 in 2020, the lowest on record. 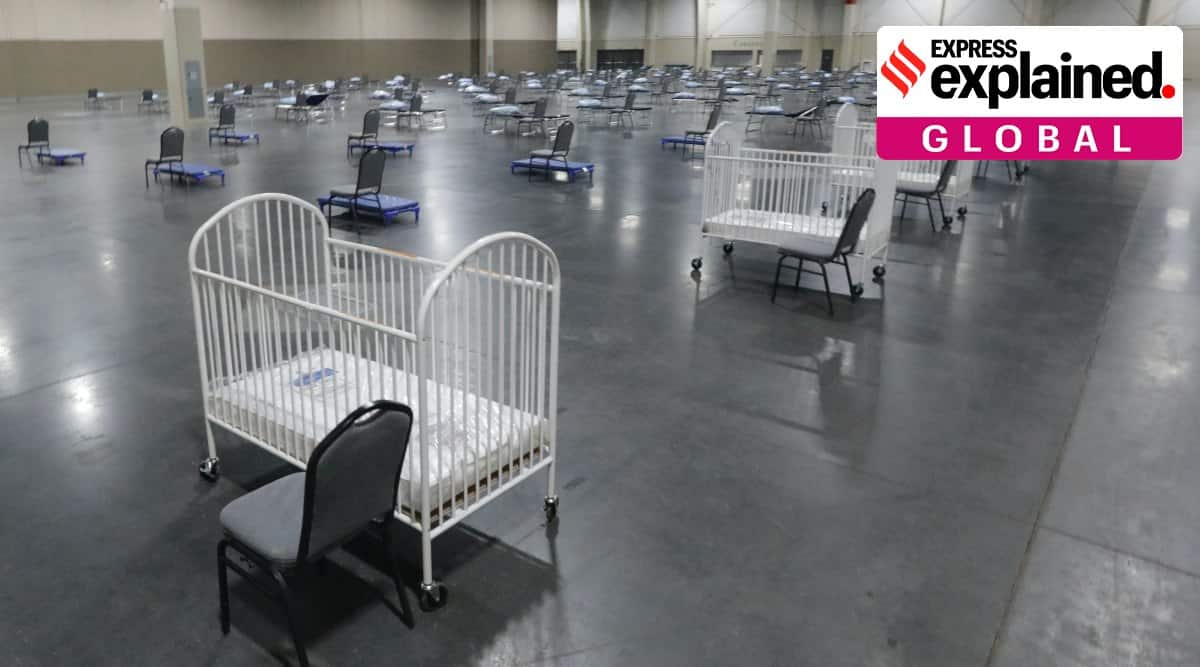 In 2020, the first year of the Covid-19 pandemic, fewer children were born in the United States in more than four decades, its federal government said Wednesday. Last year, the US birth rate fell by 4% to about 36 lakh babies from 37.5 lakh in 2019– a continuous annual decline in the past six years and the lowest since 1979, according to data released by the Centres for Disease Control (CDC).

Before 2008, when the global financial crisis hit, the country had an estimated fertility rate of 2.1, which is considered sufficient for replacing the existing population. That rate has now dropped to 1.6 in 2020, the lowest on record.

For several years, the US was among the few developed countries whose fertility rate had been high enough so that every generation had enough children to replace it. The marked drop is now being actively studied by policymakers, as its effects are bound to influence politically fraught debates around issues such as immigration, social security and labour regulations.

What has the CDC said about America’s population?

As per the report, the US population growth rate has dropped to its second-lowest since the federal government began tracking it in 1790.

The birth rate – meaning the average number of children a woman has – has dropped for mothers of every major ethnicity, race and almost every age group in the country. The only age group that remained unaffected by this trend were women who gave birth in their late 40s and early teenagers – groups that form a minuscule portion of overall births. In 2020, though, even older mothers had fewer babies.

Birth rates fell 8% for Asian American women; 3% for Hispanic women; 4% for Black and white women; and 6% for moms who were American Indians or Alaska Natives, as per the Associated Press.

Since 2007, the birth rate among women in their early 20s fell sharply by 40%, with many marrying late, postponing motherhood and having smaller families, especially since the economy slowed. The average age at first birth is now 27, up from 23 in 2010.

The drop in teenagers giving birth was even higher, falling 63% in the same period, signifying an increase in the use of contraceptives in this age group amid successful efforts by policymakers to reduce teenage pregnancies, identified as a public health problem in the 1980s and 1990s.
Overall since 2007, when the rate had reached its recent peak of 43 lakh births, it has now fallen by around 19%.

Why has this happened?

The falling birth rate is not the only thing that has slowed the population growth rate.

Immigration – which has traditionally been the other force driving up America’s population– has slowed substantially. This is partly due to fewer people moving there from Mexico, thanks to better economic conditions at home in recent years.

Deaths have also gone up, especially during the pandemic, which impacted the US more severely than any other country last year.

The slowing growth rate has gone against the expectations of several experts who have long connected population rise with economic indicators. Many economists posit that women keep off having children when incomes are low and the job market is unstable, and give birth when conditions are better. The Great Depression —a devastating economic decline of the 1930s– is cited as an example, when birth rates fell sharply during the crisis but bounced back as the economy recovered.

The latest report shows that the same has not happened after the 2008 financial crisis, when the birthrate fell but did not go up even when the economy started recovering.

The data also defied what some had speculated at the beginning of the pandemic– that couples being forced to spend more time together in lockdowns would push up the birth rate. In fact, the pandemic slowed this rate even further, falling to its lowest by the end of 2020. In December, the number of births reduced by 8% compared to the same month in 2019.

So what do demographers think about these changes?

Among the reasons why young couples choose to postpone having children, experts say, is the rising cost of having children, fewer paid leaves compared to other developed countries, as well as the towering amount of student loans that Americans are burdened with for years after graduating college.

Also, the advent of birth control pills since the late 1960s has ensured that a lot more women can now control their fertility, allowing them to choose how many children they want to have and at what age. A generational change is also attributed as a reason, with more women attaching to the labour force, pursuing careers and obtaining rising pays in relation to men.

The changes in the US mirror what has been happening in Europe, where too birth rates have been falling despite those countries having better social security nets.

What are the fears surrounding a dwindling population?

When the young population in a country declines, it creates labour shortages, which have a major detrimental impact on the economy. More older people also means that demands for healthcare and pensions can soar, burdening the country’s social spending system further when fewer people are working and contributing to it.

On the flip side, low birth rates can improve the standard of living in low-income countries. In such countries, fewer children being born would mean they would enjoy greater access to already deficient public services such as health and education.

Also, an increasing number of experts are dismissing the notion that more number of aged people would cause healthcare costs to shoot up. This is because, around the world, not just life expectancy, but “healthy life expectancy” has risen. This means that on average, people would be spending more years in good health than ever before.

Another effect of a declining population is that it would provide an impetus to migration. As developed nations with falling numbers of young people would experience labour shortages, they would have to open up borders and allow more immigrants to come in and work.