The age and gender profiles of 3 of the newly elected Assemblies show that the share of women MLAs is unchanged in West Bengal, has grown slightly in Kerala, and fallen in Tamil Nadu. West Bengal has more young MLAs than earlier while the other two Assemblies have less than 10% MLAs under 40. 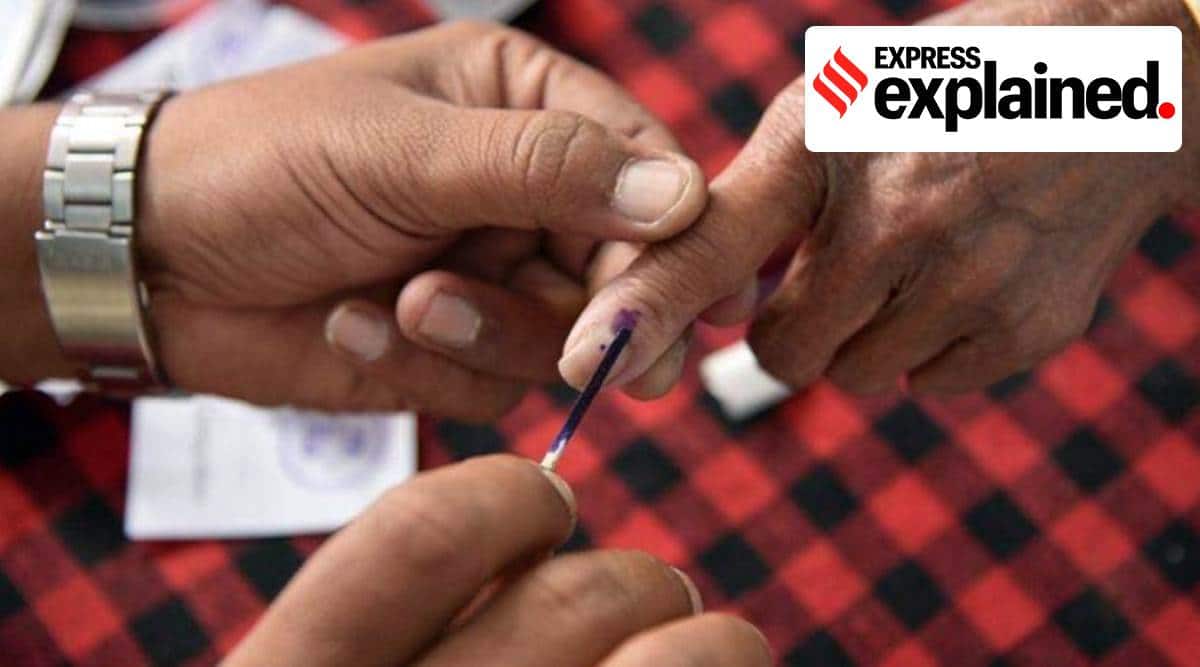 The newly elected West Bengal Assembly, with 294 seats, will have fewer political parties than last time, with its legislators representing 3 parties compared to 8 in 2016. In the Tamil Nadu and Kerala Assemblies, it is the opposite. In Tamil Nadu (234 seats), the number of parties represented in the Assembly has doubled from 4 (in 2016) to 8. In comparison, after the 2019 state election in Maharashtra, the 288-member Assembly was made up of MLAs from 15 political parties. The newly elected Kerala legislature, which is smaller with 140 seats, will have MLAs from 16 different parties.

In the last few state elections, no single party on its own has been able to reach the majority mark, recent examples being Bihar and Maharashtra. The verdicts in West Bengal and Tamil Nadu have resulted in single-party majorities for Trinamool Congress (213) and DMK (133). In Assam, the BJP (60 of 126) fell short of the halfway mark by four seats, while Kerala will once again have a coalition government.

Here, we look at the gender and age profiles of the West Bengal, Tamil Nadu and Kerala Assemblies:

Among the three new state Assemblies being analysed here, only Kerala recorded a marginal increase in seats for women from 8 to 11. Women’s representation in West Bengal remained unchanged with 40 seats (41 in 2016). Tamil Nadu, notably, recorded a decline from 21 seats to 12.

This has been a continuing trend in state elections. In the 243-member Bihar legislature, the number of women MLAs has remained largely unchanged over the last two elections, with 28 women elected in 2015 and 26 in 2020. 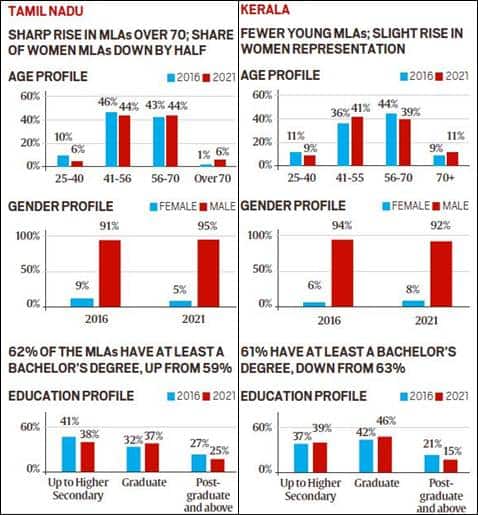 Except in West Bengal, where the number of young MLAs in the 25-40 age group has risen to 14%, the number in Kerala and Tamil Nadu stands at 9% and 6%. Tamil Nadu recorded a jump in the share of MLAs on the other end — members who are 70 or older. Fifteen of its incoming MLAs are 70-plus with 83-year old Duraimurugan from the DMK being the senior-most across all three states being analysed.

Former Chief Minister V S Achuthanandan was the oldest member in the outgoing Kerala Assembly at 97. —The authors are with PRS Legislative Research