On Monday, the 46 evacuated Afghan Sikhs carried with them three of the six remaining swaroops of the Guru Granth Sahib with them to India. With the Taliban takeover of Afghanistan, the history of the minuscule but important Sikh community in the country could be on the verge of its end. The World Punjabi Organisation along with the Delhi Delhi Sikh Gurdwara Management Committee (DSGMC) have been coordinating with the government of India for the evacuation of Afghan Hindus and Sikhs. On Monday, the 46 evacuated Afghan Sikhs carried with them three of the six remaining swaroops of the Guru Granth Sahib with them to India. Paramjeet Singh Sarna, president of the SAD (Delhi), tweeted saying, “end of an era of Sikhi in Afghanistan”.

A history of Sikhism in Afghanistan

Contrary to the common assumption that Sikhs in Afghanistan are recent immigrants of Indian origin, the Sikh community is in fact indigenous to the country and has a long and deep-rooted history in the region. History enthusiast Inderjeet Singh in his book, ‘Afghan Hindus and Sikhs: History of a thousand years (2019) suggested that the history of Sikhism in Khurasan (medieval Afghanistan) begins with the founder of the Sikh religion, Guru Nanak, who is known to have visited the region sometime in the 15th century.

Anthropologist Roger Ballard in his 2011 research paper explained that the Sikh population in the region consisted of “those members of the indigenous population who resisted the process of conversion from Buddhism to Islam which took place in this area between the ninth and thirteenth centuries, and who subsequently aligned themselves with the teachings of Guru Nanak – himself a Khatri and the founder of the Sikh tradition – during the course of the fifteenth century.”

In 1504, the Mughal emperor Babur captured Kabul and by 1526 he was the master of Northern India. Kabul became one of the provinces of Hindustan and was referred to as ‘Hindustan’s own market’ by Babur. It remained part of Hindustan till 1738 when it was conquered by the Persian ruler Nadir Shah. “During this period the Sikh chroniclers record a number of names and instances when Sikh followers in Kabul came to the region now known as East Punjab, to pay respect to the Sikh Gurus,” wrote Singh. There were also several instances when Sikhs from East Punjab went over to Afghanistan to spread the teachings of the Sikh Gurus.

For instance, the 18th-century text, Mahima Prakash, written by Sarup Das Bhalla, descendant of the third Sikh Guru, Guru Amar Das, mentions the name of ‘Kabuli wali Mai’ (lady from Kabul) who did seva (voluntary service) while digging a stepwell at Gondiawal in East Punjab. The same text also mentions Bhai Gonda who was sent to Kabul to propagate the teachings of the seventh Sikh Guru and that he also established a Gurudwara there.

The period between mid 18th to the mid 19th century is an important one in the history of Afghan Sikh relations. For about 101 years the Afghans and Sikh empire were neighbours and mostly antagonists. By the early decades of the 19th century, the Sikh empire under Maharaja Ranjit Singh had annexed large parts of the Durrani empire under the Afghans. During the Second Anglo-Sikh war of 1848-49, however, the Sikhs were supported by the Afghans, even though they lost out to the British. 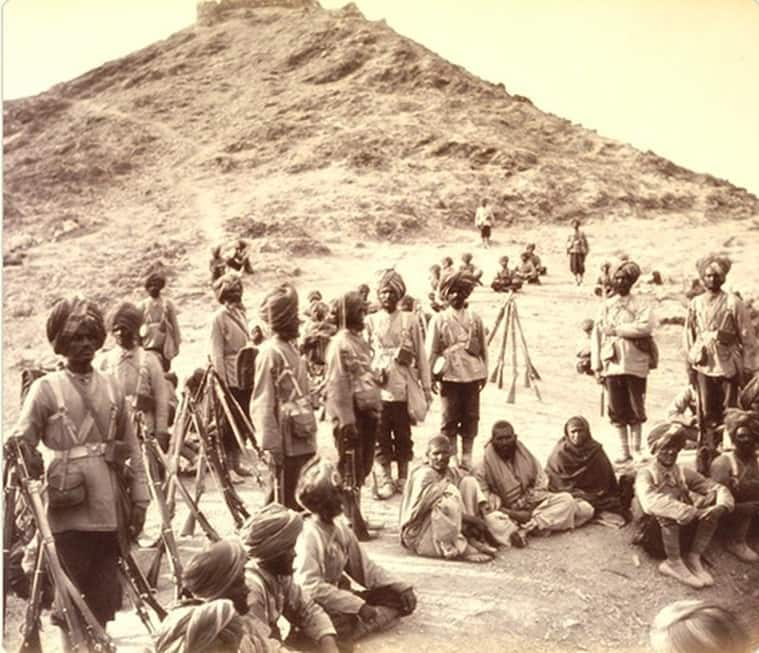 In the late 19th and early 20th century, in reaction to the Christian proselytising activities following the annexation of the Sikh empire by the British, the Singh Sabha movement, a Sikh reform movement was established. The impact of the movement was felt across Afghanistan as well. Akali Kaur Singh, for instance, spent a year in Afghanistan, going from house to house to spread the Sikh doctrine. His mission led to the creation of several gurdwaras in the region.

The Sikh exodus from Afghanistan

The first major exodus of the Afghan Sikhs and Hindus happened during the reign of Amir Abdur Rahman Khan in the late 19th century. Khan’s rule in Afghanistan was termed by the British as the ‘reign of terror’. He is known to have judicially executed close to 100,000 people. Several Hindus and Sikhs had emigrated during this period and the Afghan Sikh community of Patiala in Punjab is known to have been established then.

But it was in 1992 when the Mujahideen took over Afghanistan that the most extensive exodus of the Sikhs and Hindus started. Before the Mujahideen took over, the Sikhs were affected by two instances of terrorist activities. In 1988, on the first day of Baisakhi, a man with an AK-47 stormed into a gurdwara and gunned down 13 Sikhs. The following year, Gurdwara Guru Teg Bahadur Singh in Jalalabad was attacked by rockets fired by the Mujahideen, leading to the death of 17 Sikhs. Singh in his work wrote that between March to October 1989 the Mujahideen attacked Jalalabad with the intention to capture the city. More than a hundred Afghan Sikhs died during the six month period when the Mujahideen targeted mainly the Sikh residential area of the city. 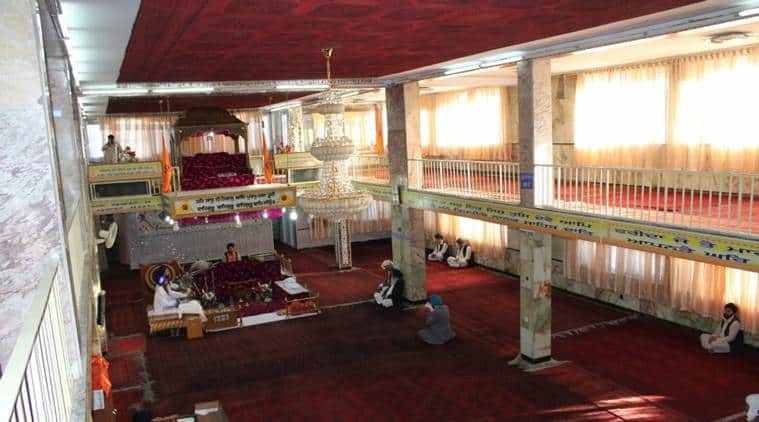 After the Mujahideen took over Kabul in 1992, a large number of Sikhs started leaving the country as they were subjected to several instances of kidnapping, extortion, and persecution. The troubles multiplied further when the Taliban swept to power in 1994. Singh wrote that while in the early 1990s over 60,000 Sikhs and Hindus lived in Afghanistan, by 2019 it had reduced to about a thousand, mainly restricted to Kabul, Jalalabad and Ghazni. “Outside these cities, their gurudwaras and mandirs are now illegally occupied by locals of the majority community. Even within these cities, their houses were forcefully occupied during the turmoil of the civil war and most of them live in gurudwaras and mandirs,” he wrote.

“The tolerance of diversity which had hitherto been such a characteristic of Afghan Islam rapidly began to evaporate in the face of the hard-line jihadi and fundamentalist attitudes promoted by the Taliban,” wrote Ballard.

More recently, in 2018, a suicide bomb attack in Jalalabad killed at least 19 Sikhs and in March 2020 an attack on Gurdwara Guru Har Rai Sahib resulted in the death of 25 persons. Ever since, there has been a massive increase in the emigration of the Afghan Sikhs. They are also hopeful that with the passage of the Citizenship Amendment Act by the Indian government, it would be easier for them to get entry and citizenship in India.

Close to 200 Sikhs and Hindus continue to be stranded in Afghanistan after the evacuation on Monday.