The court dismissed a plea by the Mumbai police against the acquittal of these 19 by a magistrate's court in 2012. Last week, a sessions court last upheld the acquittal of Abdul Latif Adam Momin and 18 others including passport office clerks, motor training school employees and a passport agent in a case linked with the 1999 Kandahar hijacking. The court dismissed a plea by the Mumbai police against the acquittal of these 19 by a magistrate’s court in 2012.

On December 24, 1999, Indian Airlines flight IC-814 from Kathmandu to Delhi with 179 passengers and 11 crew members took off at 4.10 pm. Forty-five minutes later, it was hijacked by five men who made it land at various places including Amritsar, Lahore and the UAE for refuelling, before finally landing at Kandahar in Afghanistan at 4 am. 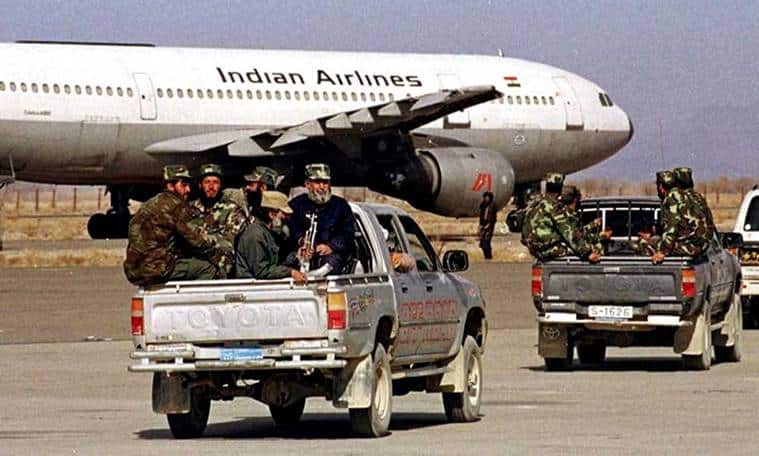 The hijackers demanded the release of Maulana Masood Azhar, a designated global terrorist, who was lodged in a Jammu jail, the release of 35 other militants, and a ransom of $2 million. After negotiations, the Indian government agreed to release Azhar, Umar Sheikh and Mohammed Zargar in exchange for all the passengers. The exchange took place on December 31, 1999. One of the passengers, a 25-year old, was killed and another injured during the negotiations.

Who is Abdul Momin?

Momin, a Mumbai resident, was arrested on December 30, 1999, in connection with a bank robbery that October. The Mumbai police claimed that among the recoveries made from Momin were Indian passports, driving licences and documents pertaining to hotel reservations which led them towards his involvement in the hijacking. The passports were in the name of the hijackers though they were not used in the hijacking, police told the court.

Momin was then named as one of the 10 accused in the main hijacking case along with another Indian national, Dilip Bhujel, and a Nepali national Bhupal Damai. In 2008, a special court in Patiala found them guilty of murder, criminal conspiracy and relevant sections of the Arms Act and Anti-Hijacking Act, 1982, and sentenced them to life imprisonment.

The CBI filed an appeal in the High Court of Punjab and Haryana seeking death penalty for Momin. In 2014, the court set aside the punishment awarded to Bhujel and Damai under all sections except the Arms Act while Momin’s conviction was upheld. The court took into consideration that Momin had been behind bars since 1999 and stated that he should not be given the death penalty, but upheld his life term which he is currently serving in a Punjab prison.

In the Mumbai case, Momin was booked for obtaining forged documents to procure passports for the five Pakistani hijackers. He was booked along with 22 others in a separate case filed in Mumbai on charges including forgery, forgery of a passport, cheating and relevant sections of the Indian Passport Act. It was claimed that Momin had paid between Rs 300 and Rs 2500 to a passport agent, his employees, passport office clerks, employees of motor driving schools from where false documents were given to procure driving licences in names of the hijackers.

In 2012, the magistrate’s court while acquitting the 19 who stood trial (four others were discharged earlier or had died) said the Mumbai police had failed to prove that there was a nexus between the accused to assist the hijackers. The sessions court upheld this view last week. In the main hijacking case, the CBI had alleged that Momin had made multiple trips to Nepal and Bangladesh to meet the conspirators and provided assistance to them. The CBI claimed that Momin had helped give accommodation to the hijackers in Mumbai, and arranged their passports and driving licences.

During the trial in Mumbai, Momin’s lawyer had said that two men named as his co-accused, including the owner of a travel company and a driving school employee, were witnesses in the trial court in Patiala, and that their statements therefore should not be admitted. One of Momin’s lines of defence was also of double jeopardy, which means that an accused cannot be punished for the same offence twice. The common charge in the two cases against Momin was forgery under IPC Section 467.

In 2014, the Punjab and Haryana High Court said the Mumbai case had nothing to do with the criminal conspiracy of hijacking. It also said the evidence or the findings of the Mumbai case which led to acquittal of Momin cannot be relied upon while considering the main hijacking case.

Momin has appealed against the High Court order which is pending before the Supreme Court.