The International Maritime Organization (IMO), the shipping agency of the United Nations, has banned ships from using fuels with a sulphur content above 0.5 per cent, compared with 3.5 per cent previously. 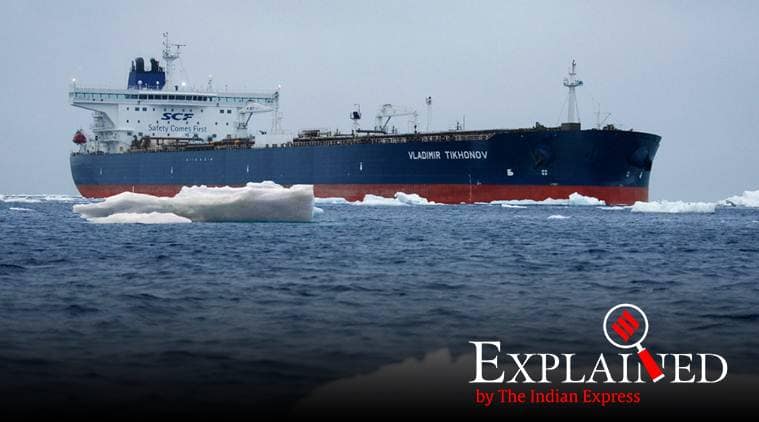 On Monday, environmental activists called for a ban on the use of new low sulphur marine fuel in the Arctic region, Reuters reported. Green groups have cited new research which shows that blends of very low-sulfur fuel oil (VLSFO) contribute to highly polluting black carbon emissions in the environment.

On January 1, the International Maritime Organization (IMO), the shipping agency of the United Nations, issued new rules aiming to reduce sulphur emissions, due to which ships are opting for newer blends of fuels.

What do the new IMO rules say?

The IMO has banned ships from using fuels with a sulphur content above 0.5 per cent, compared with 3.5 per cent previously.

Sulphur oxides (SOx), which are formed after combustion in engines, are known to cause respiratory symptoms and lung disease, while also leading to acid rain.

The new regulations, called IMO 2020, have been regarded as the biggest shake up for the oil and shipping industries in decades. It affects more than 50,000 merchant ships worldwide.

The new limits are monitored and enforced by national authorities of countries that are members of the International Convention for the Prevention of Pollution from Ships (MARPOL) Annex VI.

Under the new policy, only ships fitted with sulphur-cleaning devices, known as scrubbers, are allowed to continue burning high-sulphur fuel.

Alternatively, they can opt for cleaner fuels, such as marine gasoil (MGO) and very low-sulfur fuel oil (VLSFO).

Of the two cleaner fuels, shipowners were expected to opt for MGO, which is made exclusively from distillates, and has a low sulphur content.

However, many are reportedly choosing VLSFO, which has better calorific properties and other technical advantages. There are complaints against VLSFO as well, as testing companies have claimed that high sediment formation due to the fuel’s use could damage vessel engines.

A paper by Germany and Finland finds that VLSFO, with 0.5 per cent sulphur content, can contain a large percentage of aromatic compounds, thus having a direct impact on black carbon emissions.

Black carbon, which is produced due to the incomplete combustion of carbon-based fuels, contributes to climate change.

The Clean Arctic Alliance, which has called for the ban, has said that an increase in black carbon emissions would accelerate the melting of Arctic sea ice and impact the earth’s climate. It has called for a shift to distillate fuels, like MGO.

The paper has been submitted for the IMO’s Pollution Prevention and Response (PPR 7) meeting scheduled between February 17-21.

Don’t miss from Explained: As demand for Kobe Bryant on NBA logo grows, history of its origin

For all the latest Explained News, download Indian Express App