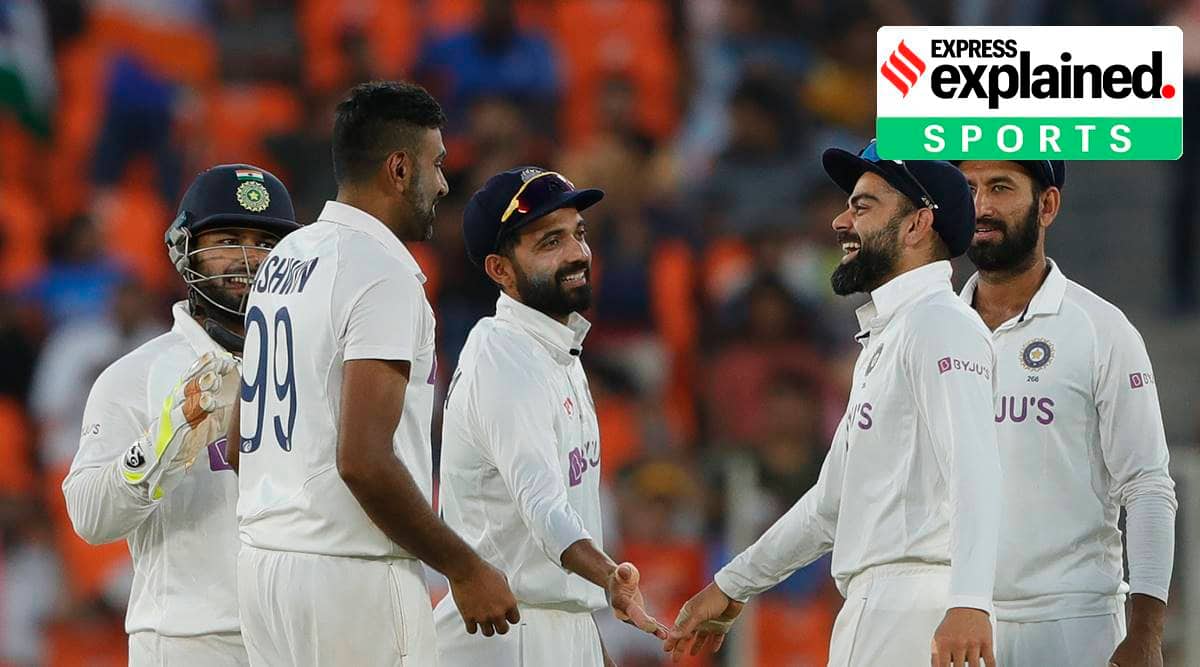 Left-arm spinner Axar Patel’s biggest strength is his ability to bowl consistently at one spot. On Day 1 in particular, he and Ashwin were not getting consistent turn. Instead, they were getting the ball to skid off the surface. So they bowled quicker, sowing seeds of doubt in the minds of the Englishmen. Should I play on the front foot or back? Should I employ the sweep?

“When the ball skids, you want to bowl wicket to wicket. Because when the batsman plays a little back to the fuller balls, there’s a good chance that he will be LBW or bowled,” Axar explained. “I and Ashwin were discussing that there’s no consistent spin, only the odd ball was turning, so we wanted to attack the stumps.”

Before blaming the pitch, batsmen from both teams should revisit their modes of dismissal. Most of them were either LBW or bowled. This was because batsmen played for the turn, but the ball skidded on. Another reason that contributed to their downfall was that they played back to deliveries on which they ought to have come forward. This is probably because they didn’t trust their defence. “It was bizarre that out of the 30 wickets, 21 were off straight balls. I feel that’s just a lapse of concentration, indecision or too many things going in your head where you are playing for the turn, but getting beaten on the inside. I feel batsmen need to trust their defence much more than they are at the moment,” Kohli felt.

The extra shine on the pink ball was expected to help pacers. But the ball skidding on made Axar a big threat, as batsmen got beaten by pace rather than the turn. “I feel there’s a little more glare (shine) on the pink ball, because of which the ball was skidding a little more off the wicket, and I got the LBW decisions because of that,” Joe Root agreed. “I think the ball was a big factor in this wicket – the fact the plastic coating – the hardness of the seam compared to the red SG meant it almost gathered pace off the wicket if it hit the shiny side – a lot of those wickets on both sides the LBW and bowleds were due to being done for pace beaten on the inside – if you look at some of the replays batsmen probably ended up in the right position but because it was gathering pace off the wicket it was difficult.

After Thursday’s 10-wicket win, a member of the Indian team management told The Indian Express: “The problem when facing the pink ball is that it skids much faster compared to the red ball. Muscle memory makes batsmen believe that the ball will come at a particular speed after pitching, like they are used to when playing with the red ball. But the pink ball comes much faster. This is a major issue.”

England batsmen just couldn’t pick him. From a slightly round-arm release, with a scrambled seam, he got the ball to both turn and go straight. There was no major change in release or seam position. The confused batsmen started to go back to fuller deliveries or stab down the wrong line. Axar also used the undercutters well, using the pink ball’s propensity to skid to torment batsmen. When the ball landed on the shiny side, it went quicker. Without an upright seam, batsmen were largely clueless.