The last three years have been dramatic for Oli, from his rise to power with a historic mandate to the Nepal Supreme Court order that has ended his stint as Prime Minister. A look at the events that led to his undoing. 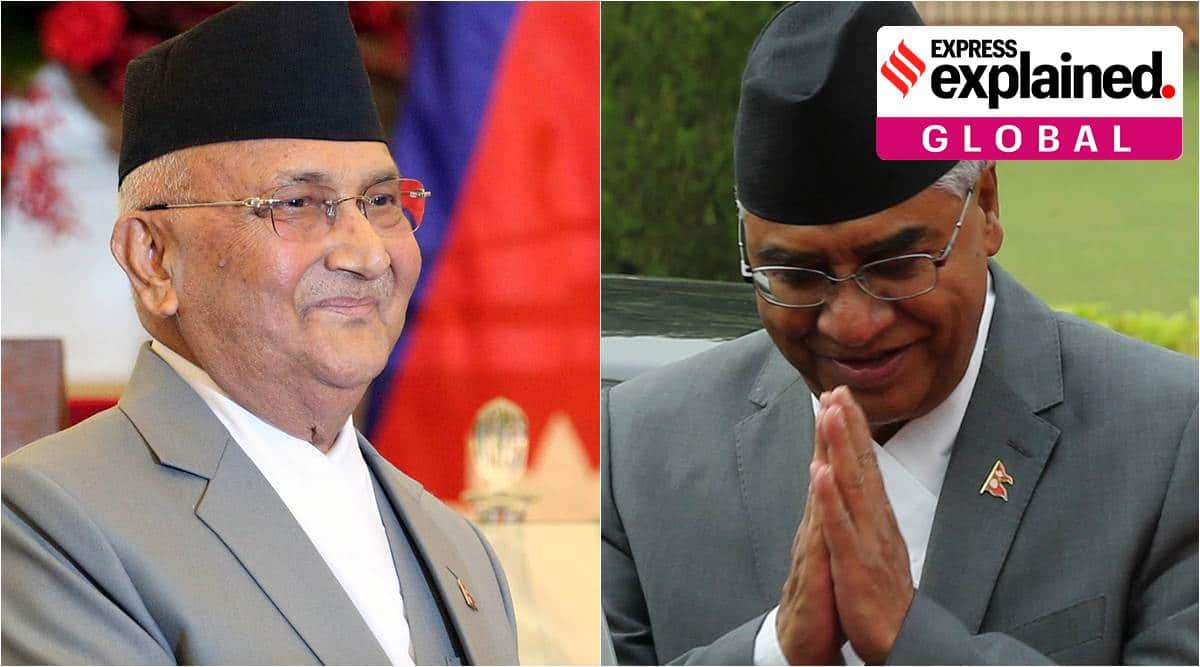 On Monday, Nepal’s Supreme Court reinstated its Parliament, which President Bidhya Devi Bhandari had dissolved in May on the advice of Prime Minister K P Sharma Oli, and directed her to appoint Oli’s rival Sher Bahadur Deuba as the new Prime Minister. Deuba took oath on Tuesday.

For Oli, it marks a fall as remarkable as his rise to power.

“I had the mandate, but the mandamus of the court went in Deuba’s favour,” Oli said in his farewell speech.

Oli and his allies had secured a nearly two-thirds majority in Parliament in the 2018 polls. His triumph is attributed largely to the way he had stood up to India during the 134-day-long economic blockade as Nepal refused to delay promulgation of the Constitution without addressing the concerns of the people in the Terai region.

Oli won the image of a nationalist, especially after he moved closer to China by proposing trade and transit arrangements to address the shortage of essential commodities.

The two-thirds majority was shared by a pre-poll alliance between Oli’s Communist Party of Nepal-Unified Marxist Leninist (UML) and the Communist Party of Nepal under the former Maoist leader Pushpa Kamal Dahal Prachanda. The two parties subsequently merged into the Nepal Communist Party, a rare feat after 30 years of political instability. Oli and Prachanda agreed to co-chair the party organisation, and Oli was to hand over the PM’s chair to Prachanda midway through the government’s term.

Oli knew his credibility was at its peak. As PM, he coined a slogan— Samriddha Nepal, Sukhi Nepali (Prosperous Nepal, Happy Nepalis) — promising an improvement in their standard of living. There would be waterways connectivity with India, with ships facilitating trade and transit in a land-locked country. There would be a centrally distributed cooking gas delivery system, and zero tolerance towards corruption, with even powerful individuals not spared. The government failed to deliver on these promises.

Simultaneously, Oli began another exercise — bringing all investigating agencies including the National Investigation Department, and Revenue Intelligence, directly under the Prime Minister’s Office. This raised concerns among his political opponents.

When Oli made it clear to Prachanda around the deadline that he was not willing to hand over the PM’s chair as agreed, the friction it caused between leaders of the UML and the Maoist party eventually led the merged party to the verge of divorce.

By then, Oli’s actions had also begun upsetting his own senior comrades from the erstwhile UML, as he consistently gave a number of key assignments, both in the party and the government, to a select group of his followers.

Prachanda pulled his party’s ministers out of the Cabinet, walked away from the alliance and, in May 2021, finally withdrew support. This was a month after the Supreme Court had annulled the merger of the two parties.

A section of the UML, too, joined those seeking Oli’s removal as Prime Minister.

His position already weakened before Prachanda’s walkout, Oli had dissolved Parliament abruptly on December 20, 2020 and announced that polls would be held within six months. He said Parliament was obstructing the delivery of his promises, and going for a fresh mandate was the best course in democracy. Oli did not heed warnings, both from within his party and from the opposition, that the Constitution restricts such a move without exploring all possibilities for an alternative government.

A Constitution Bench of the Supreme Court declared the dissolution of Parliament null and void on February 23, 2021, and ordered reinstatement of Parliament. But once the government called a Parliament session, Oli began repeating his complaints about how Parliament was restricting a legitimate government from performing.

Oli began to avoid holding Parliament sessions and preferred to rule by ordinance, drawing criticism from the opposition as well as dissidents in his party. It was in the midst of all this that Oli sought a vote of confidence on May 10 this year, and only 93 supported him while 124 opposed him. But President Bhandari reappointed him to the post under Article 76(3) of the Constitution three days later, since he was still the leader of the single largest party in the House. That implied that he would be seeking another vote of confidence.

On May 21, the President asked for a “suitable candidate” to stake claim for the PM’s post by 5 pm the following day. Deuba, leader of the Nepali Congress, submitted a list of 149 MPs constituting a majority in the House (whose effective strength was then 271) well within the deadline. Deuba’s support came from various MPs — NC, Prachanda’s party, a faction of the Samajbadi Janata Party and 26 dissident parliamentarians of the Oli-led UML.

Oli himself submitted a list claiming support of 153 members, based on letters from leaders of various parties suggesting that MPs were bound by party whips that they could not defy. Bhandari rejected both claims, dissolved Parliament once again on Oli’s recommendation , and “appointed” him the Prime Minister until elections (announced for November) without mentioning the word caretaker. As many as 146 MPs supporting Deuba, including from the UML, filed then a joint petition in the Supreme Court, which on Monday set aside the dissolution of the House, Oli’s appointment as Prime Minister and, by implication, the elections scheduled for November. Most humiliating for Oli was the fact that the Supreme Court also asked for appointment of Deuba as Prime Minister.

President Bhandari chose not to cite the Article of the Constitution under which Deuba was being appointed PM. She simply said he is being appointed as per the verdict of the Supreme Court.

President Bhandari’s actions have drawn criticism and scrutiny. The Supreme Court, in its verdict, observed that her action went against its earlier verdict quashing the first dissolution. Oli and President Bhandari would meet almost every day, with the discussions never disclosed.

Although Deuba has taken oath, uncertainty remains over the vote of confidence he will face. Many believe he could lose the support of UML dissidents, who are said to be considering unifying their party before he seeks the trust vote. Even if he loses the vote, it will imply that there are no options for an alternative government being formed, which in turn could mean Deuba would continue heading a caretaker government.

It also remains to be seen whether MPs will move an impeachment motion against President Bhandari, given that the opposition does not command the necessary two-thirds majority in the House.

For Oli, his last tenure as Prime Minister has been the most glorious — and yet ended in utter humiliation.

What all these events have shown is that the system envisaged by Nepal’s six-year-old Constitution can collapse easily, leaving the country without an alternative. That may lead to more chaos, forcing people to look for a new leadership altogether.