In popular imagination, crocodile’s tears mean an insincere display of emotion, especially sorrow, regret and empathy. But do crocodiles actually cry? If yes, why? 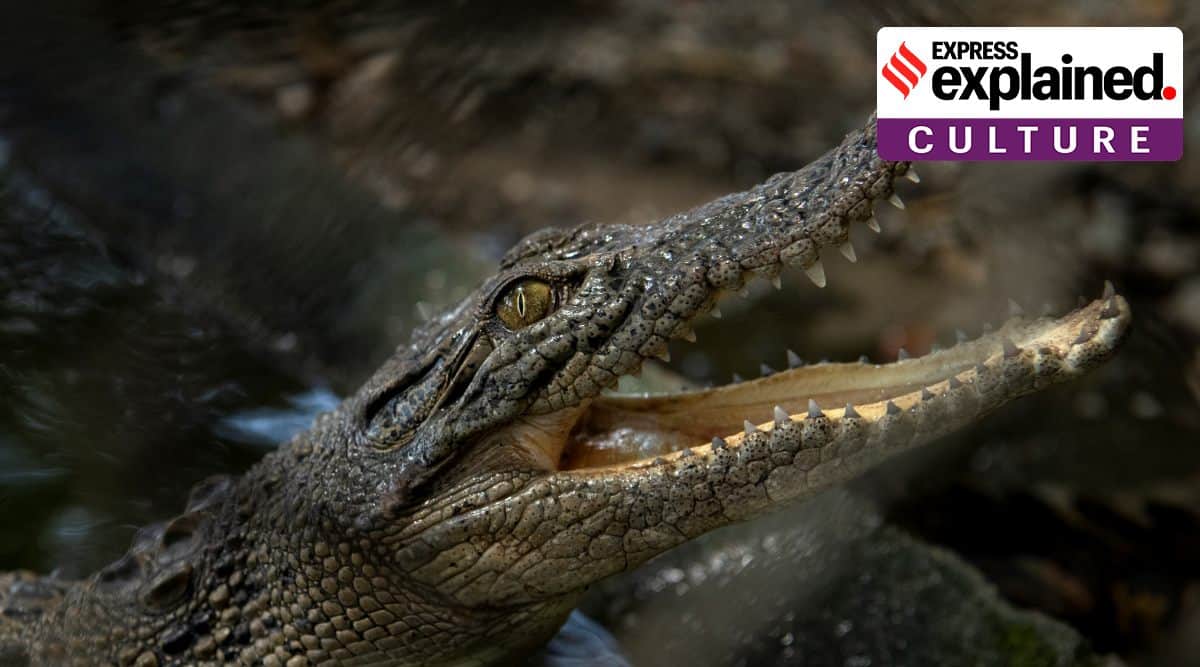 ‘The Voyage and Travel of Sir John Mandeville’ first appeared in French in 1356-57, and in English in 1375. The book is an account of the travels of one “Sir John Mandeville” — whose identity remains uncertain — to strange realms, including truly imaginary ones such as the land of darkness.

One such adventure is in a peculiar country. Says the book: “In that contre·ben gret plentee of cokodrilles. Theise serpentes slen men, and thei eten hem wepynge” [In that country be a great plenty of crocodiles. These serpents slay men, and they eat them weeping]

Mandeville’s observation of crocodiles weeping while they devour men sealed the reputation of the reptile, although the first-second century Greek philosopher Plutarch and William Shakespeare — who wrote a couple of centuries after Mandeville was published — are also among those who have referred to crocodile’s tears.

In popular imagination, crocodile’s tears mean an insincere display of emotion, especially sorrow, regret and empathy. Around the world it is most often used for politicians who are seen as being fake and theatrical in their reactions to misery and suffering.

So do crocodiles actually cry?

People have long tried to establish whether they do.

In the early eighteenth century, the Swiss physician and naturalist Johann Jakob Scheuchzer declared as incorrect the widely prevalent belief that crocodiles cry while eating.

“The foundations and substance of this famous old tale are so feeble that today we would be well advised to do without it,” Scheuchzer wrote.

Some two hundred years later, a scientist named George Johnson conducted an experiment, in which he rubbed the eyes of crocodiles with onion and salt.

When they did not weep, he pronounced that “the popular notion of Crocodiles shedding tears is entirely a myth.” (Johnson, 1927, quoted in ‘Crocodile Tears: And thei eten hem wepynge’, Shaner and Vliet: BioScience, July 2007)

In 2006, neurologist D Malcolm Shaner and zoologist Kent A Vliet digitally filmed three American alligators, two common caimans, and two Yacare caimans — all close relatives of crocodiles — as they were fed on dry land in an alligator park, away from the water that naturally wets their eyes.

“Five of the seven crocodilians developed moisture in their eyes, bubbles, or overflow bubbles within minutes before, during, or after eating,” the researchers reported. “One Yacare caiman and one common caiman did not lacrimate,” they said.

The conclusion: crocodiles do indeed cry when they eat. Shaner and Vliet reported “the first unequivocal evidence that crocodilians lacrimate during meals and that they do so in a peculiar fashion”. (Shaner and Vliet: BioScience, 2007)

But what makes the crocodiles lacrimate — or cry?

A possible reason is the aggressive movement of jaws while eating, which forces air into the sinuses of the crocodiles and stimulates the tear glands, Shaner and Vliet said.

Crocodile tears, hence, are not from emotional distress.

And can a human being also ‘cry’ while eating?

There is indeed something called “crocodile tear syndrome” or Bogorad syndrome. It is a medical condition in which patients who are recovering from Bell’s Palsy shed tears while eating or drinking.

Bell’s Palsy is a rare condition in which facial muscles suffer from a temporary weakness or paralysis. It is the result of compression or swelling of a nerve that controls the facial muscles, and can be caused by a viral infection.