The farmer agitation, which initially started from Kurukshetra with support from neighbouring districts like Ambala, Yamunanagar and Karnal in 2020, had later taken centre stage in Jind district. After the latest incident, however, Hisar has become a hotspot. 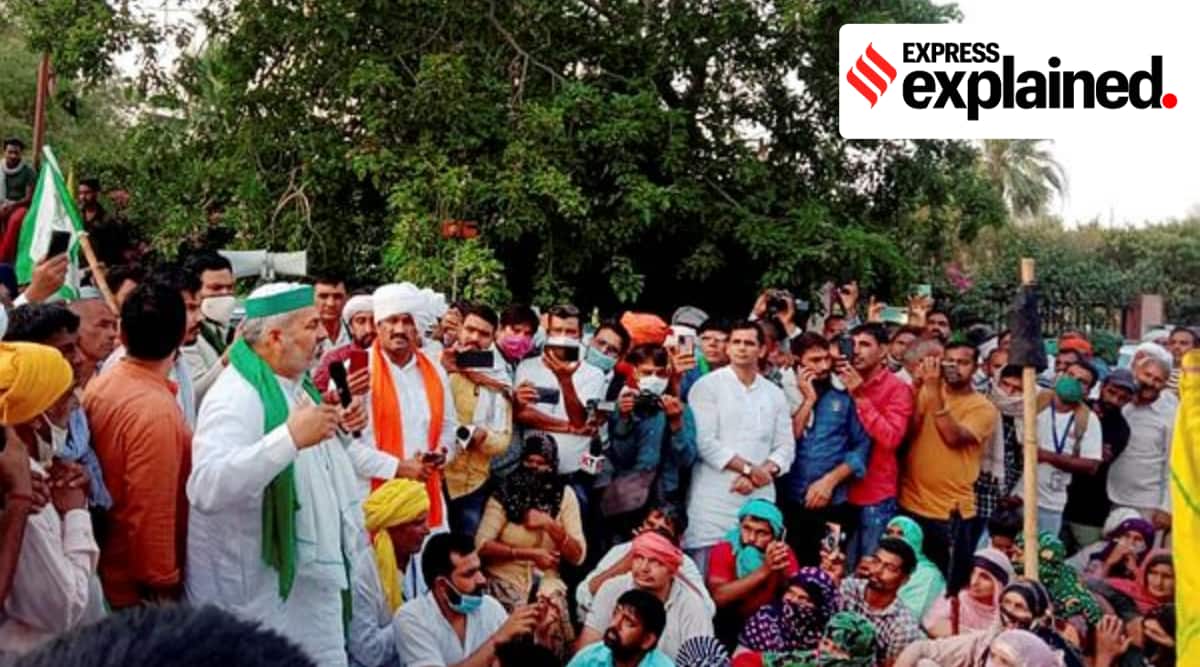 Hisar, which is nearly 150 km from the national capital, has emerged as the new epicentre of farmers’ agitation over the farm laws following clashes between farmers and the police over Chief Minister Manohar Lal Khattar’s visit to the Haryana town on May 16.

As a fallout of the clashes, not only have the farmers started protesting again in these areas, there are some villages that have also decided to “boycott” the Covid-19 lockdown to protest against the police lathicharge on farmers.

What has led to the escalation of the situation and what could be the implications?

What happened in Hisar on May 16?

On May 16, Chief Minister Manohar Lal Khattar was in Hisar to inaugurate a temporary Covid-19 hospital in the town. The farmer outfits, who have already announced a “social boycott” of the ruling party leaders over the three contentious farm laws, decided to protest his visit “with full might”. As anticipated by some, violent clashes took place between the protesters and policemen, which left dozens of farmers, including women and around 20 policemen, injured. Immediately after the incident, the farmers across the state started blocking the roads including highways to express their anguish against “police lathicharge”. The farmers even started moving to the residence of Hisar IG to gherao it. They also announced gherao of police stations across the state on May 17. However, later, after a compromise between the farmer leaders and administration, the dharna in front of the IG residence was lifted and 85 detained farmers were released from police custody.

What are the fallout of the Hisar clashes?

The incident of Hisar, where hundreds of farmers had assembled and a government function was held to inaugurate the Covid hospital, was in violation of the Covid lockdown in place in the state. Further, it sparked anger among the farmers as the incident left several dozen agitators, including women, injured. It inspired the agitators to hold protests even during the lockdown. It brought the farmer agitation into the centre of discussions in the state at a time when the coronavirus pandemic, especially in rural areas, is drawing everybody’s attention.

The farmer agitation, which initially started from Kurukshetra with support from neighbouring districts like Ambala, Yamunanagar and Karnal in 2020, had later taken centre stage in Jind district. After the latest incident, however, Hisar has become a hotspot.

The farmers say when top BJP-JJP leaders can move to the state “freely”, why should they be challaned for violation of covid restrictions. There is also a growing sentiment among the agitators that the Covid lockdown has been imposed to suppress their ongoing agitation. The farmers are now taking initiative to stage marches in the villages after holding panchayats. They get support from other sections of the society as the lockdown is bringing “inconvenience” to them too. Till now, the villagers in at least four villages of Hisar district have taken the decision to “boycott” the Covid lockdown”. The police officers admit that other villages may also take similar decisions in coming days.

What do the authorities say?

The authorities say that the Covid lockdown has been imposed to check the spread of the pandemic. They also deny the allegations that it is meant to break the farmer agitation. “Had that been the case, why is it imposed in other states where there is no farmer agitation,” says a senior police officer. The officers also insist that they will implement the Corona lockdown, adding “the law of land is supreme and it would be implemented at every cost”.

Hisar will most likely remain the epicentre of the farmer agitation in the near future as there is a new rallying point for the agitators over the issue of registration of FIR against the protesters. In a panchayat, the agitators Wednesday decided to gherao the residence of Hisar Commissioner on May 24 alleging they have been “cheated” by the administration. The farmer leaders say that the police have lodged an FIR against the agitators in connection with the May 16 incident “despite a compromise between the police and farmer leaders where the administration had assured them that no case will be lodged against them”.

A senior police officer denies the claims of the farmer leaders stating that no such assurance was given to them. However, the farmer leaders may seek support from the farmers on this issue as the administration had not contradicted their claims on May 16 when they had given public statements that no complaint will be lodged from any side — farmers as well police — regarding the clashes. Justifying their silence, a senior police officer said, “We did not give a public contradiction to avoid unrest that day.”

Meanwhile, the protests in Hisar area may further fuel the farmer agitation in other parts of the state.