Following the protest, the BJP called for a bandh in Amravati. during which violence erupted and some Muslim-owned shops were torched. 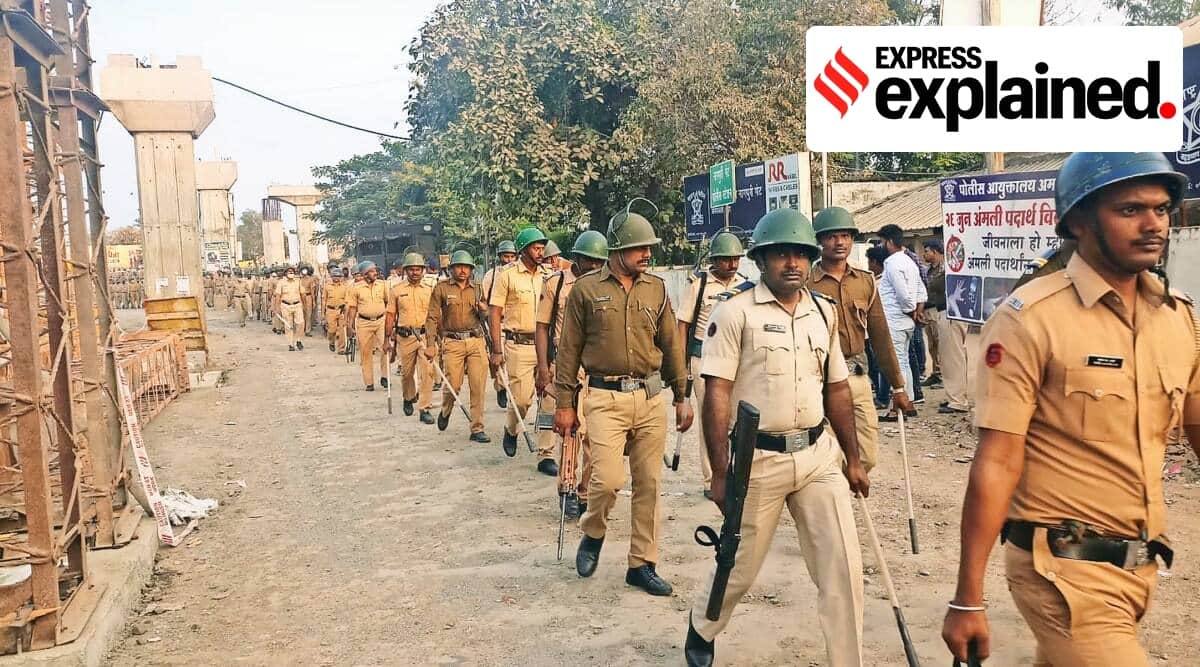 Raza Academy, which functions out of a small office in south Mumbai, finds itself under the spotlight once again — this time for organising a protest against the Tripura violence at Amravati on Friday. The protest led to stone-pelting, prompting the BJP to call a bandh in the city the next day.

Prior to this, in 2012, a protest called at Azad Maidan, by Raza Academy founder Muhammad Saeed Noori along with others, had turned violent. What is the Raza Academy, and why did Shiv Sena leader Sanjay Raut describe it as a “BJP-promoted outfit”? The Indian Express explains.

When was Raza Academy founded and why?

The Raza Academy was formed in 1978 by Muhammad Saeed Noorie along with a few others. Noorie has remained president of the organisation since 1986. The academy was formed with the intention of printing and publishing books primarily written by Ahmed Raza Khan, the founder of the Barelvi sect that has a considerable following in South Asia, and other Sunni Muslim writers on religion.

As per their website, “it was also established for educational awareness among minorities, for raising voice against atrocities on the minorities and for all minority related matters.” It has an office in South Mumbai’s Mohammed Ali Road.

As per claims, while working in the sewing thread business, Noorie formed the Raza Academy to promote the cause of Sunni Islam. He has not received any formal Islamic education. The Academy is not associated with any academic work of note, but over a period of time has come to be identified more with organising protests by Muslims across the city.

Why is the organisation in the spotlight following violence in Amravati?

There have been protests by Muslims in several parts of Maharashtra including Amravati, Malegaon and Akola against anti-Muslim violence in Tripura. Raza Academy had on Friday given a call for a protest march in Amravati after the weekly prayers. The procession saw some instances of stone pelting at the house of a BJP leader, which resulted in a broken window and injury to one person.

The BJP then called for a bandh on Saturday in Amravati. Around 6,000 of its party workers and other allied organisation came forward to execute it, during which violence erupted and some Muslim-owned shops were torched.

Following this, Shiv Sena leader Sanjay Raut termed Raza Academy a “BJP-promoted outfit”. Raut alleged that “for years it has been working to help the BJP”, implying that the Academy had set the stage for the BJP to indulge in violence the next day.

Noori did not answer phone calls.

Controversies Raza Academy has been involved in

Raza Academy has been involved in burning effigies of Salman Rushdie in Mumbai in 1999 after he was granted a visa to come to India by the government. Rushdie was facing a fatwa following his book Satanic Verses.

Another target of Raza Academy is Bangladeshi writer Tasleema Nasreen, whose visit to Mumbai had been protested by the outfit. It also tried to disrupt a programme featuring her in the city.

Others against whom Raza Academy has protested include the BBC, for using a picture of Prophet Mohammad in one of its videos. In 2015, the group issued a “fatwa” against music composer AR Rahman and Iranian filmmaker Majid Majidi in connection with the latter’s film “Muhammad: Messenger of God”.Rahman was working on the film.

Apart from the controversies, Raza Academy with permission from the BMC had facilitated burial of Muslims who passed away during Covid. The Academy says they also helped during the Kerala floods of 2018.

Why had the Raza Academy come under fire in the Azad Maidan riots case in Mumbai in 2012?

On August 11, 2012, Raza Academy and Madinatullah Foundation had organised a protest at Azad Maidan against ill treatment meted out to Muslims in Assam and Myanmar. The protests, however, turned violent, resulting in the death of two persons and injuries to over 60 persons, including cops. The protestors indulged in stone pelting and property worth Rs 2.74 crore was damaged. Raza Academy, Madinatullah Foundation along with other individuals were asked to pay for it, although Saeed Noorie denied being an organiser.