As per the proposal, no one would be allowed to cover their face completely in public, including while going to shops and restaurants, using public transport or walking on the footpath. 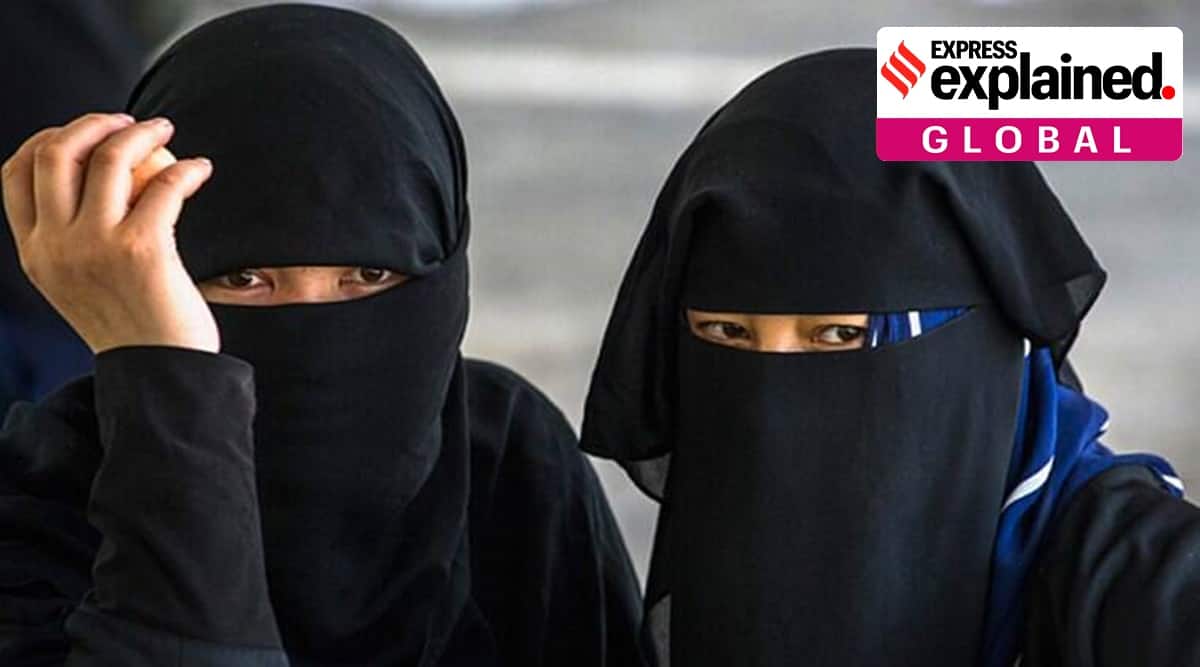 Swiss voters on Sunday narrowly voted in a binding referendum to ban “full face coverings” in public places, marking a victory for the right-wing Swiss People’s Party (SVP) that had strongly backed the measure. The divisiveness of the topic was evident from the voting split with 51.2% supporting and 48.8% opposing the ban in the popular vote. The electoral verdict also went against the position of the Swiss government, which had argued that it was not up to the state to dictate what people should wear.

Under Switzerland’s system of direct democracy, people are allowed to directly vote on issues in popular referendums at both national and regional levels. A topic can be put to a national vote if it can gather 1 lakh signatures in the country of 86 lakh people. For an initiative to be approved, it has to be supported by a majority of voters from across the country, as well as a majority of the country’s 26 regions.

As per the proposal approved on Sunday, no one would be allowed to cover their face completely in public, including while going to shops and restaurants, using public transport or walking on the footpath. Exceptions would include places of worship and using masks for security and health reasons, such as Covid-19 face masks. Two regions in Switzerland already have such bans in place.

Although the Sunday vote did not mention Islam directly, and took aim at all face coverings – including masks worn by violent street protesters – it was widely understood to be a “burqa ban”. This was because of the literature and posters of the ‘Yes’ campaigners, which featured caricatures of angry looking women wearing the niqab placed above the words “Stop Extremism”.

The ban proposal had been debated for several years, and follows the example of other European countries like France, the Netherlands and Belgium, which have already adopted such measures.

Muslim organisations denounced the referendum result, with the Central Council of Muslims group calling it “a dark day” for the community. It said in a statement, “Today’s decision opens old wounds, further expands the principle of legal inequality, and sends a clear signal of exclusion to the Muslim minority.”

The Swiss government had called face coverings a “marginal phenomenon”, and had argued that a ban would hurt the country’s tourism sector as it would discourage visitors from Muslim countries from coming to Switzerland. It now has two years to draw up detailed legislation.

Amnesty International also criticised the proposed ban, and called it “a dangerous policy that violates women’s rights, including to freedom of expression and religion”. Swiss feminists were seen as ambivalent over the issue, with many describing the burqa and niqab as oppressive to women, but at the same time being opposed to laws that dictate what women should wear.

On their part, those who supported the measure are celebrating the result as upholding the principles of a free society, with some hailing it as a victory over political Islam.

Of Switzerland’s 86 lakh people, about 5% are Muslim, mostly originating from Turkey and former Yugoslavia. A study by the University of Lucerne showed that the Islamic niqab or veil is hardly ever worn in the country, and even fewer women wear the burqa or full body cover.

What the vote means for Switzerland

In 2009, another such referendum went against the government position, when voters decided to ban the building of minarets in the country. Then too, the measure was backed by the SVP, which said that minarets were a sign of Islamisation. However, the popularity of such measures has been dwindling, with fewer Swiss people supporting right-wing policies such as curbs on immigration and asylum, according to the BBC.